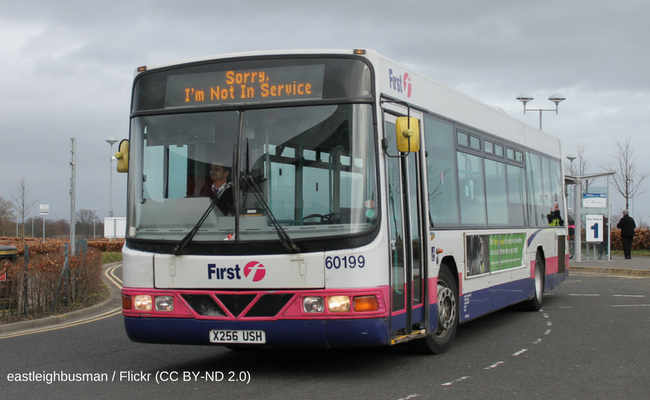 Figures published reveal that of the £7.89million made available by the Scottish Government to bus operators to clean up their bus fleet, only £1 million has been spent. Bus companies were allowed to apply for funding to retrofit older buses, to reduce the harmful pollution they emit and protect public health. The fund was expected mostly to be spent improving buses in Glasgow, where a Low Emission Zone (LEZ) was introduced at the start of this year.[1]

If all the money had been spent, around 450 buses could have been cleaned up but only 84 buses will now be retrofitted, less than half of them will ever run in Glasgow. The unspent £6.89million will be dispersed to general government spending. It is expected that forthcoming Low Emission Zones in Edinburgh, Aberdeen and Dundee will require bus companies to improve the pollution standards of their vehicles. Glasgow’s LEZ so far only applies to 20% of buses travelling through the city centre. [6,10]

“This is a public health scandal. Scotland’s cities have illegal, toxic level of air pollution. Older diesel buses are a big part of the pollution problem. We need to modernise our bus fleet as soon as possible. In this stand-off between the government and private bus operators, there is only one loser: the people. It seems that some bus companies have no problems with profiting from older buses that continue to belch out toxic fumes on our streets. These companies are putting profit before human health.

“Millions could have been spent to improve air quality and reduce the toll it is taking on our health. But the money remains unspent, and entirely avoidable pollution continues to pose a danger to the health of young people, the elderly, and those who are already suffering illness.

“Buses are a key part of the solution for improving air quality and reducing climate pollution. When a bus service is run effectively, that means scores of people can travel on a single bus rather than in separate cars. Fewer cars on the road means lower emissions.

“Some bus companies clearly fail to grasp the urgency of the pollution problem, seemingly happy to wait another year and use public health as a bargaining chip as they demand more money from the Scottish Government.

“We need big ideas and ambition to expand our bus network, but to start with, we need our bus operators to put people’s lives before their own profits.”

The money was made available by the Scottish Government as part of the Bus Emissions Abatement Retrofitting Programme. It would pay to retrofit buses with new exhaust systems to filter out most of the harmful pollution, allowing older buses can be brought up to modern standards.

On the two pollutants of most concern, upgrades to the oldest buses could reduce pollution by up to 90 per cent for nitrogen dioxide, and half for fine particulate matter.
ENDS