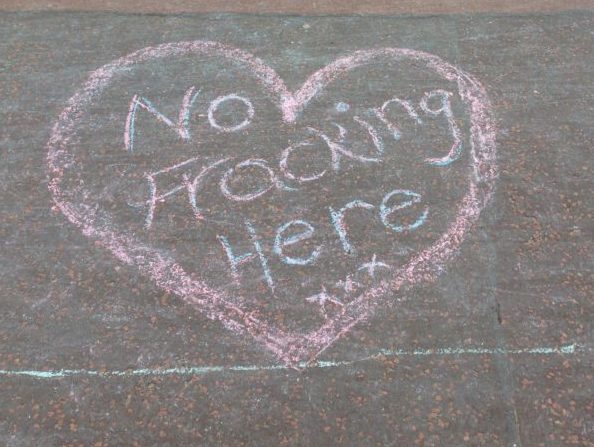 Friends of the Earth Scotland has today welcomed a ruling from the Court of Session which refused INEOS and Reach CSG’s challenge against the Scottish Government’s ‘effective ban’ on fracking. Lord Pentland found in favour of the arguments put forward by the Scottish Government that its ‘preferred policy position’ of no support for fracking announced by Ministers last year does not amount to a legally enforceable prohibition therefore INEOS’s case is unfounded. Lord Pentland further found that since a decision had not yet been made, INEOS’s claim for compensation on the basis of a breach of its human rights was premature.

“We are delighted that INEOS has lost its challenge against the Scottish Government’s ‘effective ban’ on fracking. Today’s ruling will come as a huge relief to the thousands of people who have fought to stop fracking in Scotland, particularly those faced with the prospect of living near this dirty, damaging industry.

“INEOS should listen to the people and parliament of Scotland who have made it clear that there is no support for fracking, and give up on its plans to trash the central belt and the climate.

“Support for a ban on fracking from communities on the frontline of this industry, people the length and breadth of Scotland, and almost all the parties at Holyrood is overwhelming. There is little doubt that a strategic environmental assessment will support a ban on fracking given the mountains of evidence about the risks of the unconventional oil and gas industry to our environment, climate and people’s health.

“We urge the Scottish Government to move forward with its decision making process on fracking as swiftly as possible and use the powers now available to them to legislate for a full ban, and draw a line under the issue of unconventional oil and gas extraction for good.”

Friends of the Earth Scotland submitted a public interest intervention in the judicial review, arguing that not only is the ban on fracking lawful, but that the Scottish Government is required to ban fracking in order to meet Scotland’s legally binding climate change commitments. Climate science demonstrates that over 90% of the world’s fossil fuel resources must remain in the ground in order to limit global warming to well below 2oC, as required by the Paris Agreement.

“We note that during the hearing Lord Pentland described our intervention as very helpful. However as this case focused on the technicality of whether a decision to ban fracking had been made or not, there was no opportunity to examine broader legal arguments around the imperative to ban fracking on environmental grounds. This case is one among many which highlight the very real need for a specialist environmental court that can look into the merits of cases, as environmental problems such as climate change become ever more pressing and the legal and scientific issues around them ever more complex.”

Friends of the Earth Scotland is represented by the Scottish law firm Balfour+Manson and Aidan O’Neill QC of Ampersand and Matrix Chambers with input from Leigh Day in London. The intervention was by way of a written submission, and provided information to the court on relevant EU, Scottish and UK environmental law, national and international obligations on climate change, as well as the link between human rights and environmental protection.

“Balfour & Manson were pleased to act for Friends of the Earth in their intervention and would be happy to continue to support as the process develops.”

“We support the call on the Scottish Government to now formally confirm its ban on unconventional oil and gas exploration in line with public opinion and other jurisdictions of the UK that are on the same trajectory.”