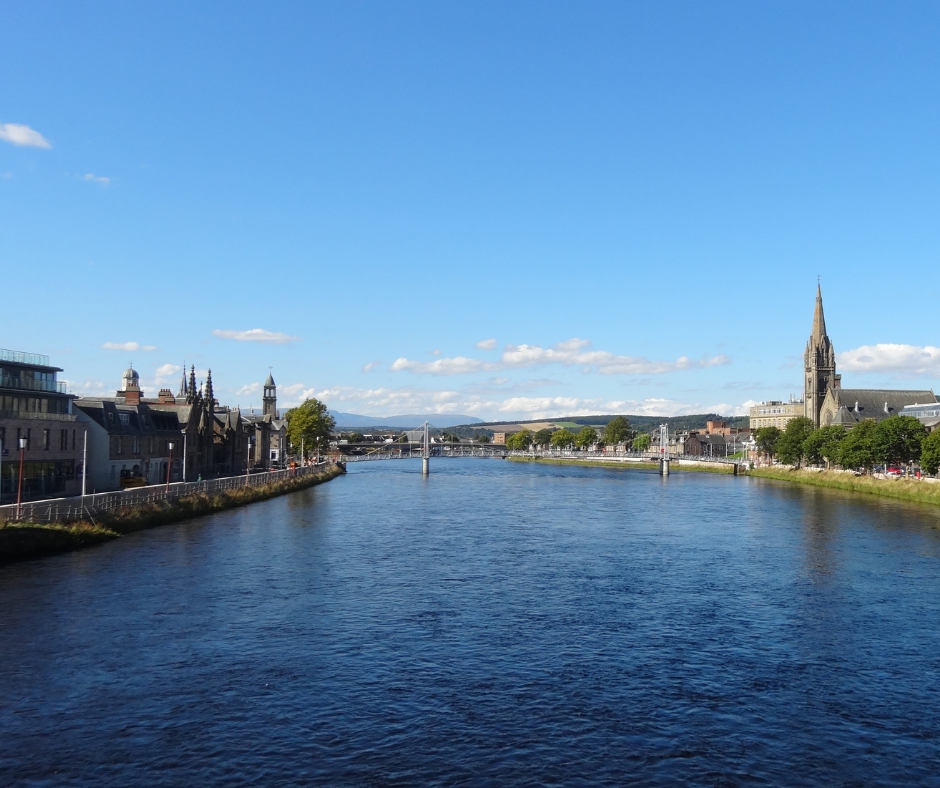 Environmental campaigners have welcomed the news that Highland Council will revamp Academy Street in Inverness to reduce traffic and create space for walking and cycling. This will reduce air pollution and put Inverness on a path toward reducing climate emissions, says Friends of the Earth Scotland.

Highland Council has been consulting on plans for Academy Street since May of this year. On Thursday (24 November) The City of Inverness Area Committee will decide between two options for the future of the city centre street. Option A will widen pavements and pedestrian crossing points. Option B goes further, restricting vehicle access to deliveries, public transport and blue-badge holders.

Academy Street has been one of the most polluted streets in Scotland in the last few years. In 2019, the last year before Covid-19 restrictions drastically but briefly reduced air pollution levels, Academy Street breached the legal limits for diesel pollution meaning locals’ health was being damaged.

Local businesses have said that the plans to stop through-traffic will be beneficial for trade.

“The plans for Academy Street are really promising and show that Highland Council understands we need to think beyond the car if we want a liveable future.

“In cities like Inverness, we urgently need to make walking and cycling the easy choice for everyone who is able. Restricting through-traffic on Academy Street would make the city centre a better, greener, more inviting place to spend time and spend money. The council must choose the more ambitious option and follow it up with bigger plans for the city.”

“7.4 Of the Academy Street businesses surveyed, there were 30 responses. Of these 67% support the widening of pavements there whilst 72% stated that through traffic has either a detrimental or negligible effect on their trade and business this data is summarised and visualised in Appendix 3.”

“The legal limit for NO2, as set out by the European Ambient Air Quality Directive, stands at 40 microgrammes per cubic metre – but 43.32 microgrammes have been recorded on Academy Street.”