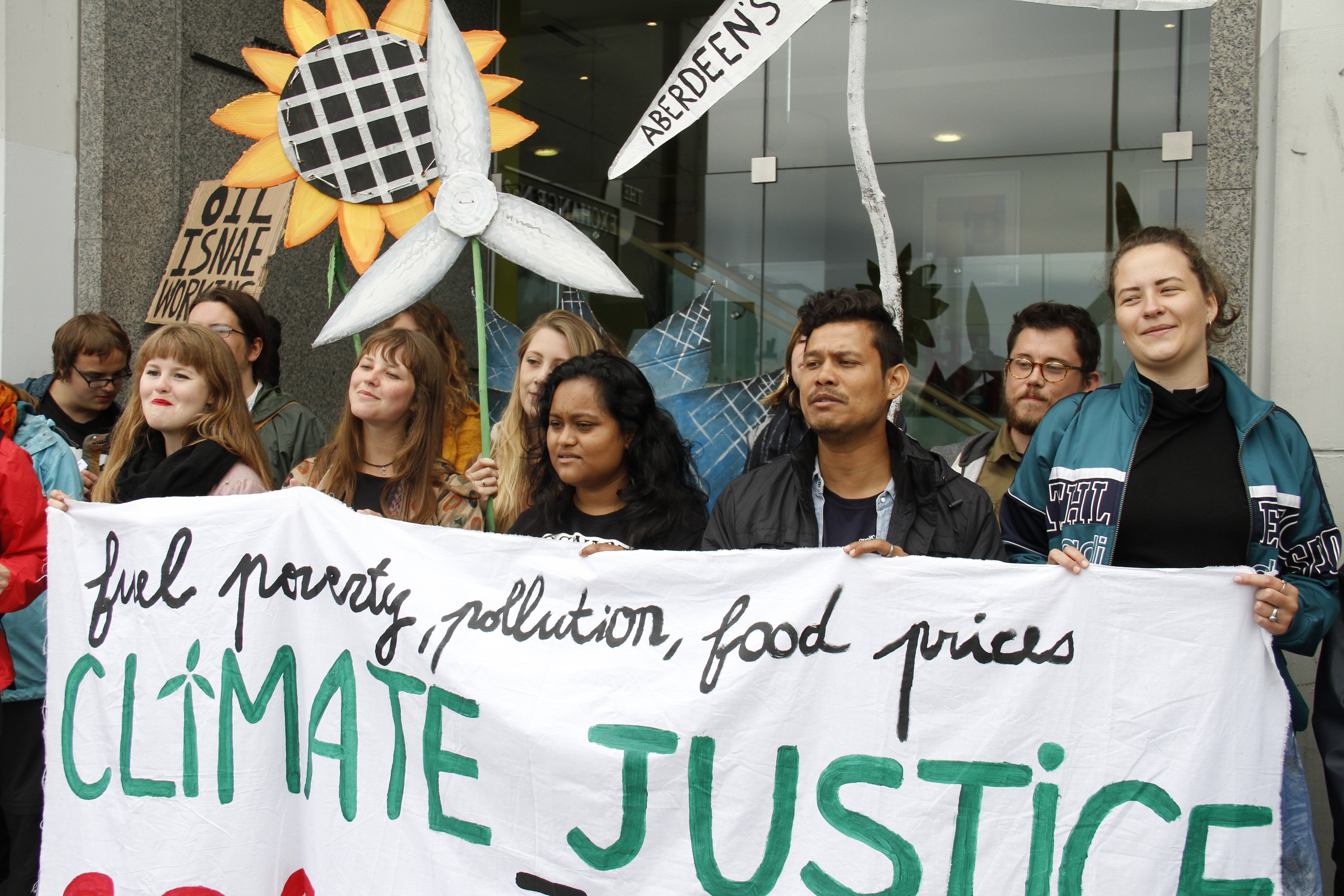 Environmental campaigners have called on the Scottish Government to scale up action on climate change, in response to the UN climate report.

The Intergovernmental Panel on Climate Change (IPCC) ‘Special Report on Global Warming of 1.5C’ is the strongest warning yet of the dangers the world faces if rapid and far-reaching action is not taken by Governments to cut emissions.

Key points from the report

“Today’s IPCC report is an unprecedented warning on climate change. It makes clear that governments have a narrow and shrinking window for action in which to avert further catastrophic temperature rises. It shows that a 1.5C world will be a nightmare but a 2C world would be unthinkable.

“The Scottish Government’s new Climate Bill fails to deliver the ‘rapid and far-reaching transitions’ the report says is necessary. The Bill doesn’t commit to the action necessary to limit warming to 1.5°C, it doesn’t deliver on the Paris Agreement, and it doesn’t deliver on Nicola Sturgeon’s promise to ensure that Scotland plays our full part in tackling this global problem.”

Climate activists are at the SNP conference today to hand out newspapers from the year 2040 to conference attendees. The double-sided newspaper will display two alternative sets of Scottish news stories from Monday 8th October 2040.

One side will feature positive news resulting from Scotland’s climate leadership, whereas the other will portray stories of negative impacts of the unfolding climate chaos.

“The SNP must commit to cutting our climate emissions further and faster in the next few years. That means making the decisions now to strengthen the targets in the climate bill, and committing to urgently improving the energy efficiency of all Scotland’s homes and buildings, climate friendly farming and an immediate end to any new oil and gas exploration.

“We’re standing at a crossroads and the SNP have a choice to make, where will they lead the people of Scotland? This report has spelled out what lies ahead if we continue on this path of fossil fuel use and political timidity. The SNP must act to protect Scotland, to ensure we reap the benefits of the transition to the zero carbon economy and do our fair share of the work needed to avert catastrophe.”