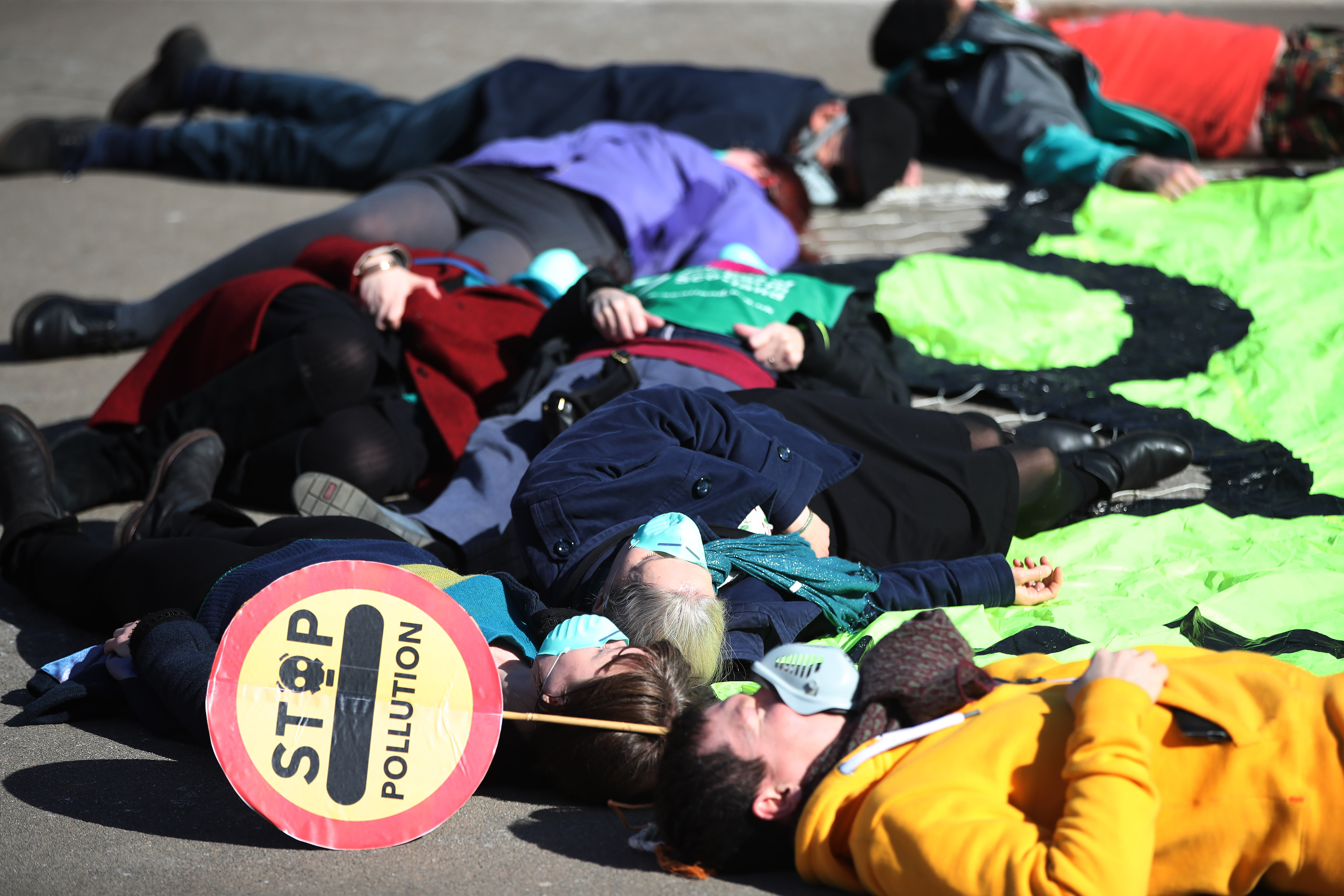 Scottish Environment LINK have resigned from the Cleaner Air for Scotland Governance Group (CAFSGG), citing their disappointment in and frustration around the Group’s lack of progress in tackling unsafe levels of air pollution, and poor input into Glasgow’s draft Low Emission Zone plans as key reasons.

“For two years the LINK representatives have made every constructive effort to inject ambition and urgency into the creation of Low Emission Zones in Scotland. At nearly every single stage they have felt frustrated by lack of progress.”

“We had no alternative but to resign. For two years we made every effort to inject ambition and urgency into the creation of the first LEZ. In the end we’re deeply disappointed.

“Recently Scottish Government created an ambitious, strategic and tightly managed national system to tackle flood risk – and now funds it with over £40M per year.  Sadly there is no similar determination to tackle air pollution which is directly causing thousands of premature deaths.

“The High Court ordered that air pollution problems must be fixed as fast as possible and that cost can’t be used as an excuse. When thousands of people, particularly from deprived communities, are exposed unknowingly to toxic fumes then Government must force vested interests to act – to act responsibly and to act immediately.

“Air pollution has an enormous death toll in Scotland, with over 2500 people dying early from toxic fumes every year. Getting the policies right to tackle air pollution is literally a matter of life and death, but there was very little sense of urgency on the Cleaner Air for Scotland Governance Group. It took the group months to take on the task of delivering Low Emission Zones after they were made a ministerial commitment. There has been a culture of denial on the group, with members keen to ensure we spoke only about ‘poor air quality’ than ‘air pollution’. Denialism, apathy and foot dragging on the group has meant missed opportunities and unnecessary loss of life from prolonged air pollution. To stay on the group would be to compromise the integrity of Scottish Environment LINK.

“For two years we have tried to help the group move beyond a collective unwillingness to tackle air pollution head on. The lack of actual facts on bus numbers, available finance and legal options that has informed Glasgow LEZ plans has been the final straw and we feel that we can be more effective in achieving clean air outside of the group.

“It is vital that the Glasgow LEZ tackles cars, vans, lorries, and taxis as well as just buses, because we know that a bus-only LEZ would fail to deliver all the necessary improvements in air quality required to achieve clean air. But the group ignored our calls to build evidence for and around a wide reaching LEZ and as a result, the original Glasgow plan was unacceptably timid. Given that the target for the first year of operation is nothing more than would have happened anyway, the LEZ is going to have little impact on the 300 deaths from air pollution in Glasgow predicted for 2019.”