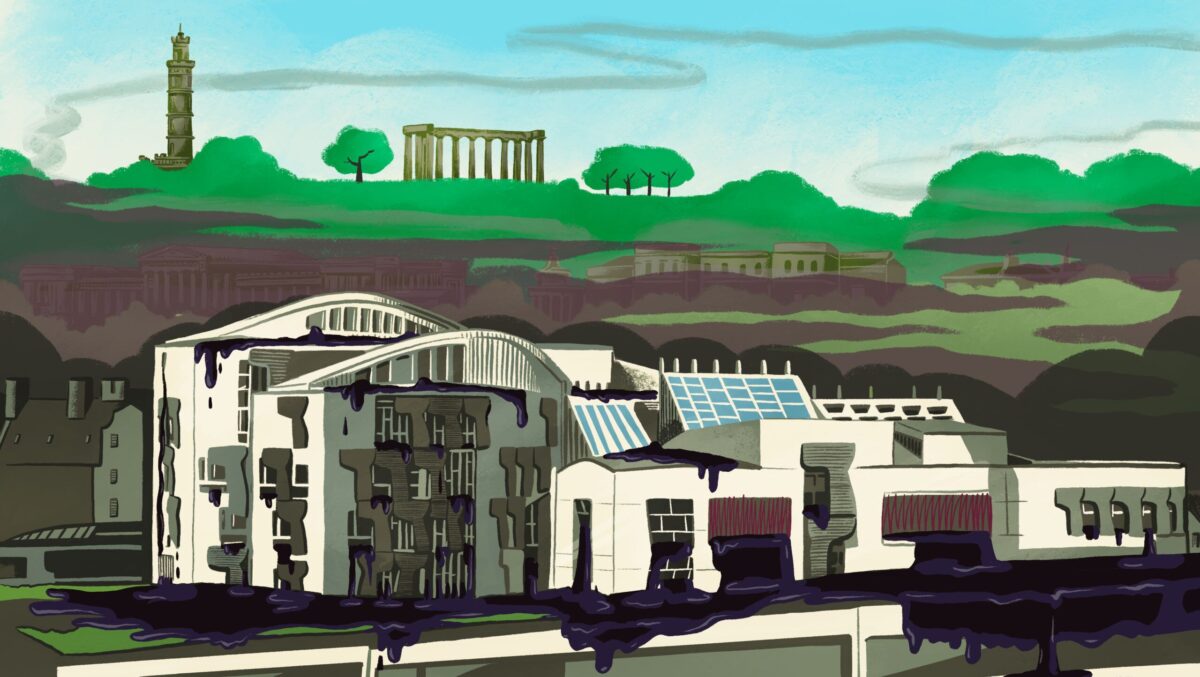 Friends of the Earth Scotland today released a comparison of the climate and environmental promises in the election manifestos from the Conservative, Green, LibDem, Labour and SNP.

“This should have been the climate emergency election. It is our first chance to vote for MSPs and test the parties’ policies since the new Climate Act with its tougher targets, since the Scottish Government declared a Climate Emergency and since protests by 40,000 people in September 2019 called for more action to reduce emissions. It is now a covid-recovery election, but it still needs to be about creating a green, wellbeing economy and generating the green jobs we need to make the just transition out of fossil fuel production.

“The politicians we are about to elect will make absolutely vital decisions over the next five years which will deliver that just transition and set us firmly on the path to zero climate emissions, or they will delay the action we need and prolong our fossil fuel fixation.

“We’ve looked at key promises on energy, transport and waste to find the best and worst on offer. It is great that every manifesto talks about the importance of dealing with climate change and of a Just Transition for oil and gas workers to clean energy jobs and particularly pleasing to see the commitment to radically change transport spending priorities, but as ever the devil is in the details.

“The Greens and SNP would rid Scotland of nuclear weapons, the other three parties appear too embarrassed to mention them.”

All the manifestos mention climate change. It is a central theme for the Greens, important for the Liberal Democrats with climate commitments in all sections of the manifesto but weakest in the Scottish Conservatives document.

The Greens, Labour and the LibDems commit to a legal right to a healthy environment, the SNP have a less specific commitment on a range of human rights to be put into law.

The SNP promise to double the Climate Justice Fund which helps poorer countries adapt to climate change, Labour says it will increase it.

The Scottish Conservatives say the oil and gas industry will be with us for many decades, the LibDems clearly acknowledge that the industry must end, and the Greens spell out how it should end. All the parties talk about jobs in renewables and the need for a Just Transition, Labour and the Greens promise a statutory Just Transition Commission to advise the next Government, the LibDems a revised version comprising workers, unions, communities and environment interests.

Both the LibDems and the SNP promise a million zero-carbon homes by 2030, the Tories want to invest £2.5bn in insulating homes and low-carbon heating, the Greens £3bn.

The Greens oppose the oil industry’s delaying tactic of carbon capture and storage, while the other parties express some enthusiasm for it. The LibDems are enthusiastic about hydrogen made from fossil fuel gas, the Greens oppose it, Labour and the SNP mention it in passing.

No party mentions nuclear power, a first for the Tories, who also finally say no to fracking, but Labour use their code phrase of a ‘balanced energy policy’ to continue to not quite say no to new nuclear power.

The SNP appear to have rowed back their past commitment to a Public Energy Company, with no mention from the LibDems, Conservatives or Greens either. Labour commit to a national energy company alongside an Energy Development Agency.

The Liberal Democrats commit to 100% renewable energy generated in Scotland by 2030 while the SNP are aiming for 50% by this date. There are no explicit targets on this in Greens, Conservative or Labour manifestos.

The Tories, Greens, Labour and SNP all promise to spend 10% of the transport budget on cycling and walking but the end of the next Parliament. This is something transport and climate groups have been calling for for a decade.

The SNP will deliver their plan for free bus travel for under-22s, the Greens would give free bus travel to under-27s, Labour under-25s and the LibDems would make ferries free for young people. Sadly no-one is offering free buses for all although Labour state this is a long-term goal. The SNP promise to remove the majority of fossil fuel buses from public transport by 2023. All parties promise some form of help for local authorities to look at running bus services, but no figures are mentioned.

All the parties promise to re-open closed rail lines and the SNP promise a publicly-owned ScotRail and low-carbon trains, the Greens a zero-carbon railway.

The SNP promise 20-minute neighbourhoods, the Greens 15-minute neighbourhoods. Both the Greens and LibDems aim to reduce the level of flying, including through a Frequent Flyer Levy, while the Tories want to keep flying taxes low and the SNP will explore taxing the most polluting planes more. The Greens support Workplace Parking Levies, Labour would abolish them, no-one else mentions them.

All parties have pledged to revive the Circular Economy Bill that was shelved due to COVID-19, and the Tories, Greens, Labour and LibDems spell out the kind of targets they would like to see. The Greens would put a tax on incineration and oppose new ones, while Labour would ban new incinerators, with the SNP offering to review the need for them. The Tories fail to mention their previous policy of a moratorium on new incinerators.