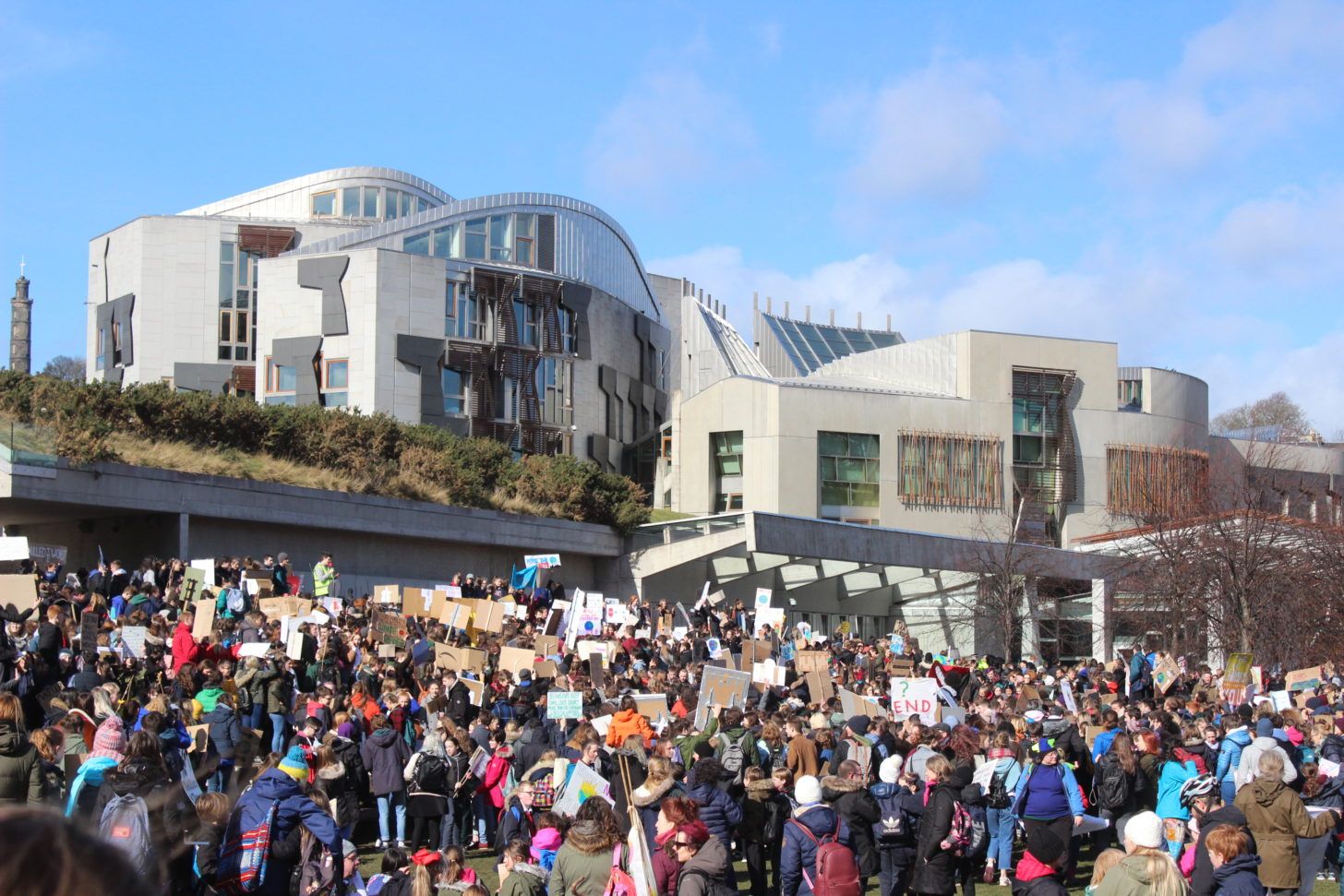 Minister to be challenged on whether Climate Change Plan “adds up”

Campaigners have said the Scottish Government’s Climate Change Plan “doesn’t add up” ahead of a crucial meeting of MSPs this week (9/2/21). Climate Cabinet Secretary Roseanna Cunningham will defend the Government’s Climate Plan update, which is supposed to spell out the policies that will enable Scotland to meet its 2030 commitments.

The Cabinet Secretary’s appearance at the Holyrood Environment, Climate Change and Land Reform Committee follows that of experts in recent weeks whose evidence has cast doubt on whether the Climate Change Plan contains sufficient action for Scotland to meet its crucial targets.

Experts and campaigners have questioned the modelling used by Government officials to predict future changes in emissions and challenged the over-reliance on immature technologies such as Carbon Capture, BioEnergy with Carbon Capture, and large-scale Hydrogen from fossil fuels.

Concerns about the Climate Plan have specifically been raised that:

◘ Government’s prediction of the impact of policies is not properly connected to the policies chosen.

“The modelling exercise is almost completely removed from the policy exercise in the document. Therefore, I am not at all clear about whether the policies and proposals in the document are there to deliver the emissions envelope.

“There is nothing in the report that tells me the answer to the question that you asked me about whether the policies are sufficient; I cannot tell you what the emissions reductions associated with those policies and proposals are.”

+++++
◘ The plan lacks sufficient detailed policies that will deliver the emissions reductions.

“the climate change plan update is really optimistic in seeing that scale of NETs operating in our economy, particularly in a way that does not have large negative consequences.”

+++++
◘ It is not clear what scale of emissions reduction each policy makes, and how these contribute to the overall target.

“On abatement figures, we do not see how each policy would cut down emissions. That was much easier to see in RPP1 and RPP2.[previous climate plans]”

“On the policies, the plan at this point is a sort of skeleton document that refers to numerous road maps, policies and action plans over the course of many years. That makes it increasingly difficult to scrutinise whether the policies are on track to hit targets.”

“There is a real risk that Scotland is setting out with a Climate Plan that cannot get us where we need to be. Experts have been lining up to point out the flawed thinking and unjustified optimism around immature technologies.

“We know the level of action we need to see by 2030 but we have no clear idea of whether the policies suggested in this document will add up to meet that target. The Government either doesn’t know or won’t say how much climate pollution will be stopped by their individual policies, instead offering vague estimates for entire sectors. As it stands, the update simply doesn’t add up and it’s hard to see how MSPs can properly assess it against its targets.

“Transport is our most polluting sector and while there is a welcome goal to cut total car miles driven on Scottish roads by 20%, there is a lack of a clear plan of how this will be achieved. This Plan is crucial for laying the groundwork for the transformative action throughout the next 5 years that will put us well on our way to meeting our 2030 targets.

“Towards the end of this decade, the Plan relies heavily on illusory promises of Carbon Capture, hydrogen from gas and hare-brained schemes to burn trees for energy. There is a very real concern that these Negative Emission Technologies are being used as a ‘get out of jail free’ card by the Government to make their figures add up rather than doing the hard work of cutting emissions in the here and now.

“Public money would deliver more jobs, faster emissions cuts and bigger boosts to wellbeing if it was invested in a range of renewables and energy efficiency measures instead of being wasted on carbon capture, fossil hydrogen and other uncertain technologies pushed by the oil and gas industry.

“With the UN climate talks coming to Glasgow this year, and the clock ticking on solving the climate crisis, Scotland needs a bold plan setting out steps to phase out fossil fuel extraction and use, while ensuring a just transition for workers and communities currently dependent on the industry.”

The Scottish Parliament agreed to increase their targets as part of the 2019 Climate Bill. It created new targets of a 75% reduction in emissions (from 1990 levels) by 2030. The Government had to produce an updated Climate Plan which details how it will meet these improved targets. The Climate Change Plan was due to be published in Spring 2020 but was delayed due to COVID19.

Further Chris Stark quote at Rural Economy & Connectivity Committee evidence session on Wednesday 20 January 2021.
“What we see in the plan is partially a modelling exercise. Using its model, the Scottish Government has failed to achieve the 2030 target that was set by Parliament. Therefore, off model, a pro rata allocation of further emissions reductions that the model could not generate has been applied to the various sectors to enable them to get to the 2030 targets that the Parliament has set for them. To use a modelling term, that is suboptimal.”