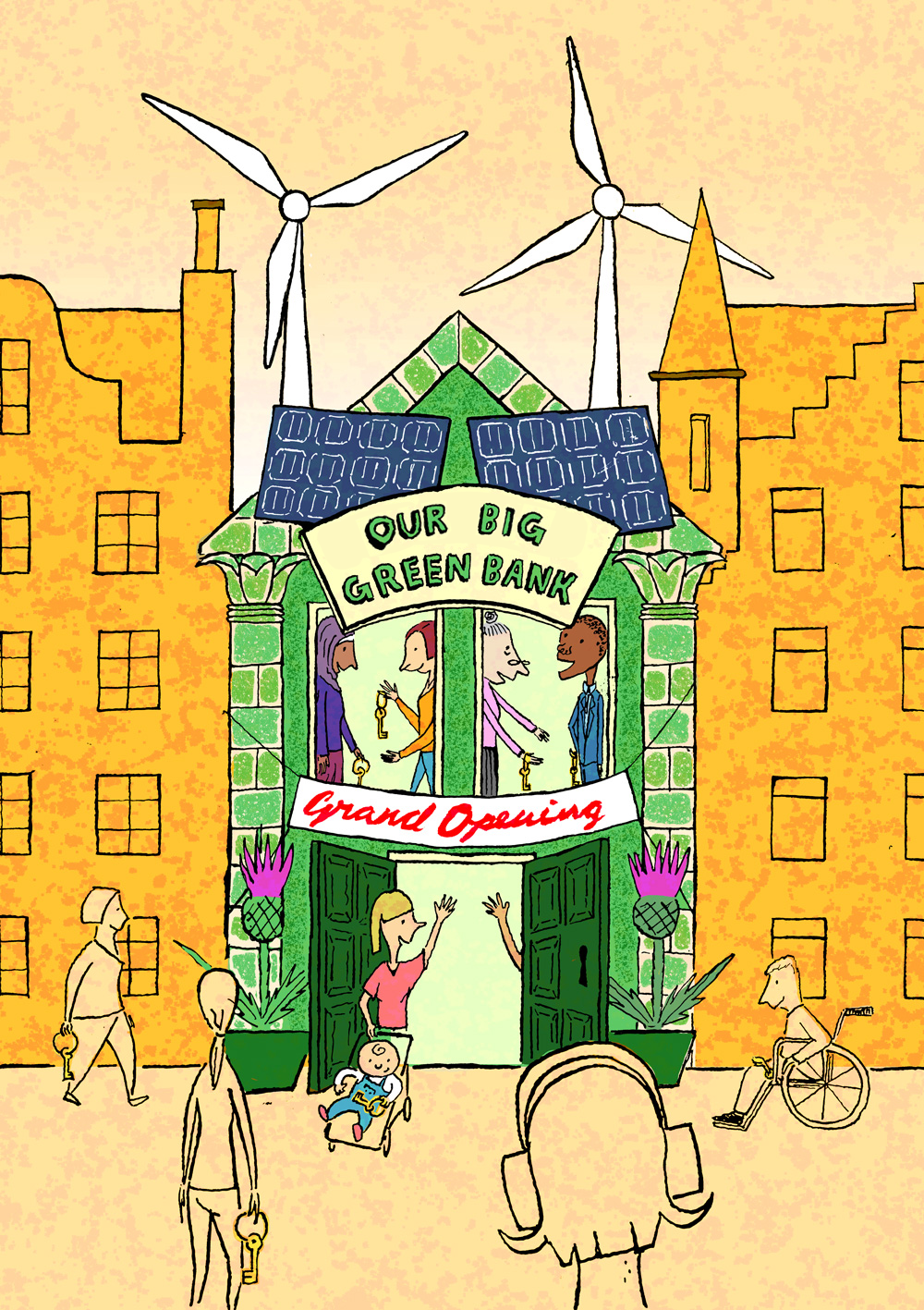 The Implementation Plan proposes that the purpose of the Bank is “to provide finance and act to catalyse private investment to achieve a step change in growth for the Scottish economy by powering innovation and accelerating the move to a low carbon, high-tech, connected, globally competitive and inclusive economy.”

The “transitioning to a low-carbon economy” is suggested as one of three possible missions for the Bank, which will ultimately be set by the Scottish Government.

The First Minister said: “I committed to a publicly-owned national investment bank, which will act as a cornerstone for the economy.”

She later commented in response to a question from Friends of the Earth: “Given the challenge we face in terms of the transition to a low carbon economy and the potential huge opportunities for our economy of that transition, the idea that you would set up a Scottish National Investment Bank right now without that being a central part of what its mission was, is unthinkable.”

Ric Lander, Campaigner at Friends of the Earth Scotland said:

“We’re encouraged that plans for the establishment of the Scottish National Investment Bank are progressing, and commend the First Minister’s strong indication that the Bank will be tasked with building the new low-carbon economy.

“The creation of a new publicly-owned Bank which invests to maximise social, environmental and ethical returns and intervenes fully in the economy to create and shape markets could be transformative in Scotland’s efforts to address climate change and inequality.

“However for the SNIB to make a meaningful contribution to improving people’s lives it should avoid financing economic growth as an end in itself and instead make investments that will realise wider public policy objectives. It must also be governed in the interests of everyone in Scotland, especially marginalised groups and communities.

“The SNIB must quickly mobilise the resources needed for a just transition to a zero carbon economy and be closely aligned to key Government initiatives such as the promised publicly-owned energy company. Public transport and energy efficiency are ready and waiting to be developed, whilst nascent technologies such as wave power need patient, sustained investment. Extending access to finance for community-owned businesses, social enterprises, and businesses rooted in marginalised communities is much needed.”

“Scotland remains plagued by a toxic financial system which invests in speculation and pollution for the benefit of a few fat-cats. A publicly owned Bank can reshape this system, making finance work in the common interest.

“We look forward to the Scottish Government’s formal response and although we’re not there yet, we strongly believe that the Scottish National Investment Bank can be a green and ethical bank that invests for the common good of all.”

1,100 people responded to a 2017 Scottish Government consultation on the Bank. Today’s analysis indicates many of these responses highlighted the “opportunity to adopt a more ethical, socially just and environmentally aware investment strategy”. 753 people responded to the consultation via Friends of the Earth Scotland’s website, calling for green and ethical investment.