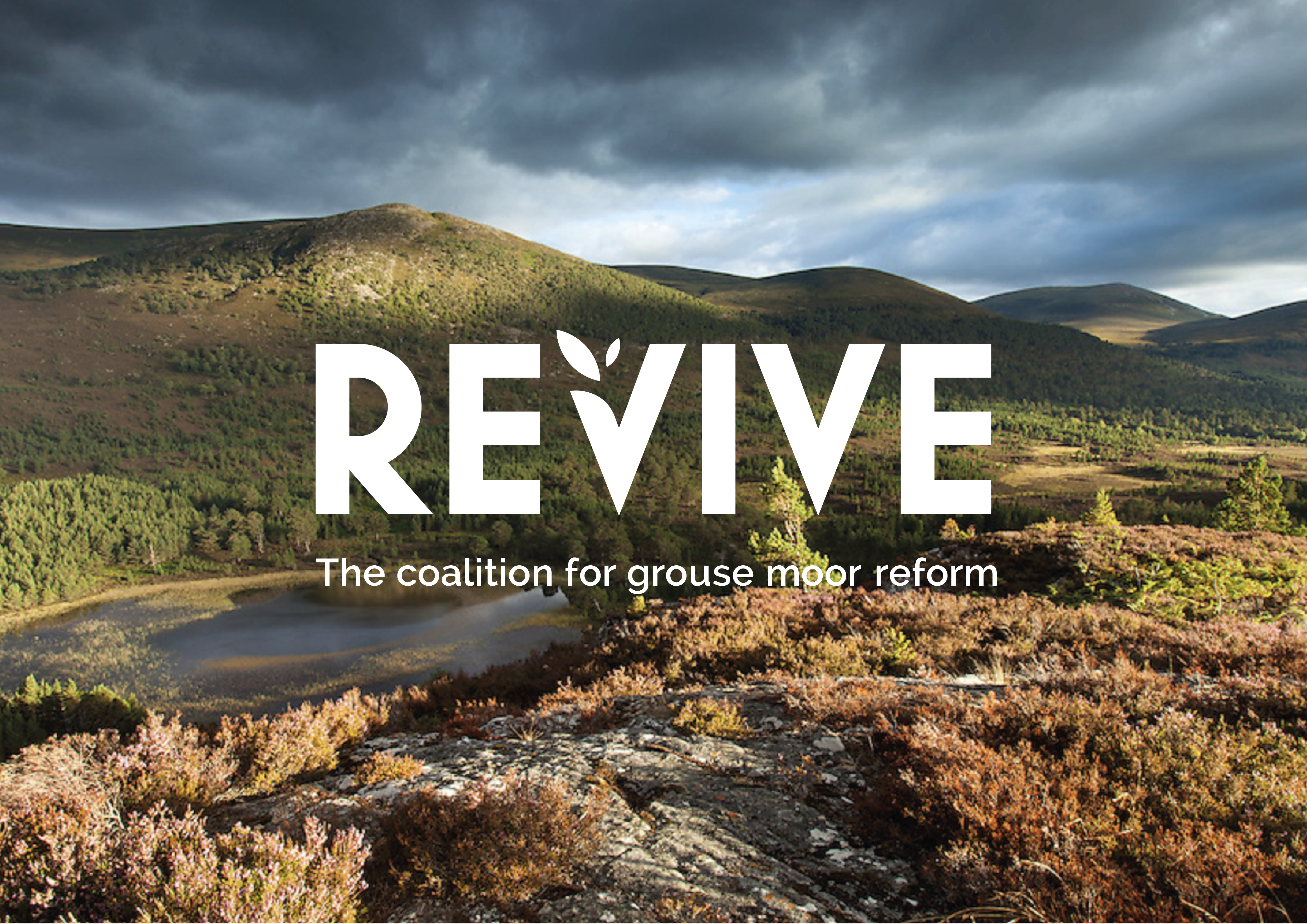 Revive: The coalition to reform Scotland’s grouse moors is a groundbreaking initiative created to challenge the intensive management of land across vast swathes of Scotland’s uplands. Almost a fifth of Scotland’s entire land mass is a grouse moor, and despite popular perception these moors are not natural. The land is intensively managed to create a habitat suitable for one wild species, the red grouse, which is effectively farmed to be shot for entertainment.

A new report commissioned and published by the Revive Coalition, The Case for Reforming Scotland’s Driven Grouse Moors, will be released at the launch. Authored by Dr Ruth Tingay and Andy Wightman, it provides an in-depth analysis of the issues relating to grouse moor management in Scotland.

“The aim of the Revive coalition is simple, we want significant reform of Scotland’s grouse moors to benefit our environment, our communities and our wildlife. However, in reality this ask is anything but simple which is why we are excited to be working with a number of partners across a spectrum of issues to tackle the problems associated with intensive management of this land.

“We are under no illusion that this will be a short campaign, but we have laid the foundations to take the first steps towards reform and we relish the challenges ahead. This is the first time organisations have come together in this way and our partners did so with no hesitation. It’s time we took back ownership of Scotland’s uplands and make our vision of reform a reality.”

In order to support sport shooting in Scotland, intensive land management techniques are employed to ensure estates yield large numbers of grouse to increase bag sizes at commercial shoots. This includes heather burning, rigorous predator control, mountain hare persecution and unnecessary construction of roads and tracks, among others, all of which have wider negative social, environmental and welfare impacts.

If grouse moors were allowed to revive, what would they look like? from Revive on Vimeo.

“The times when the wholesale mismanagement of Scotland’s grouse moors was out of the public’s sight and mind are long gone. The desire for urgent reform, fueled by a horrible cascade of outrageous revelations in the media, grows daily. There is no doubt that we all deserve, need better uplands, a prosperous place for wildlife and people – and that is far from impossible. But making that turn will need a suite of skills and energies and that’s why I am keen to help inaugurate this partnership. Dead, burned and barren has to go – Scotland’s hills should be alive.”

Revive will set the agenda for a multi-year strategy aimed at encouraging a national dialogue about how Scotland’s moors should be utilised. It believes that a fresh look at how this land is used could lead to a better Scotland, better for its economy, its people, its environment and its fauna.

Current Grouse moor practices ‘unsustainable’
Advisor to the Revive Coalition and Green politician, Andy Wightman said:
“It is now beyond any question that the management of land for intensive driven grouse shooting is unsustainable and has profound negative impacts on the environment. It is time for a fundamental shift away from this damaging land use to more sustainable alternatives.

“I am particularly disappointed by the Scottish Government’s ongoing refusal to strengthen planning controls on hill tracks as reflected in my recent amendment to the Planning (Scotland) Bill that was defeated in Committee by Conservative and SNP members.”

A Scottish Government commission looking led by Professor Werrity on sustainable grouse moor management is currently underway. The commission was set up following Scottish Natural Heritage research that found almost a third of golden eagles being tracked by satellite died in suspicious circumstances and that the majority of cases were where land is intensively managed for driven grouse shooting. It is expected the commission will report in spring 2019.
ENDS

Please sign and back the call to reform Scotland’s grouse moors.

Show your support for the campaign