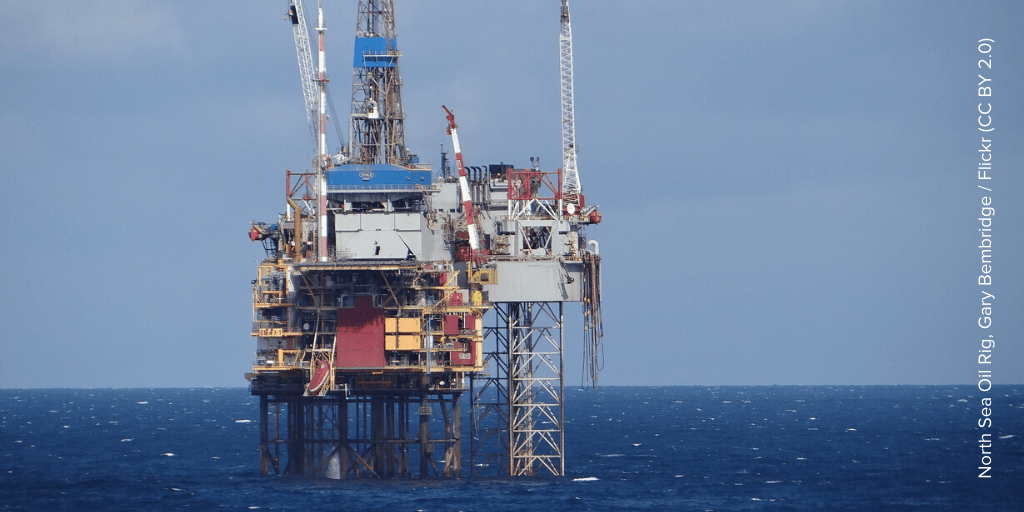 Environmental campaigners have said that BP’s ‘obscene’ profits of $12.8bn (£9.5bn) today will come at a cost of misery for millions of people in the UK.

Campaigners said that the UK’s oil and gas energy system is ‘broken’ as the UK Government has allowed it to be run in the interests of oil and gas firms, and it is continually failing to meet the basic needs of people to have a warm home.

BP is the latest fossil fuel company to declare billions in profits due to the rise in wholesale gas prices that is forcing energy bills to soar and pushing millions of households into fuel poverty. Estimates are that 15 million people are now in fuel poverty.
Last week, Ofgem announced a 54% increase in the energy price cap, due to rising global gas prices. Meanwhile oil giant Shell announced $19.3 billion (£14.5b) in profits for 2021 and Exxon said that they had made $23 (£16.9b) billion in profit last year.

Climate science has demonstrated that there should be no new oil and gas developments anywhere in the world if we are to stay within the agreed limit of 1.5C of dangerous temperature rises. Governments reaffirmed their commitment to this goal at the UN climate conference in Glasgow.

Friends of the Earth Scotland’s Just Transition Campaigner Ryan Morrison said:
“Yet again we see these wealthy firms extracting billions in profit from one of our most basic needs. BP and other fossil fuel bosses are getting even richer as the price of energy pushes millions more homes into fuel poverty and forces people to choose between heating and eating.”

“The UK’s energy system is fundamentally broken and this is clear evidence that it doesn’t work for people or the planet. Oil company bosses are being allowed to make obscene profits from climate breakdown and the gas price crisis on the back of widespread devastation for people around the world.”

“Instead of allowing these companies to continue causing social and environmental devastation for their own pocket, we need to overhaul our energy system to end our dependence on oil and gas. It’s time to rapidly scale up investment in renewables and energy efficiency while winding down fossil fuel production to create affordable renewable energy for everyone. A just transition will not be realised while profit obsessed fossil fuel companies call the shots.”

Increases to the price cap are expected to put an additional 2.2million households into fuel poverty category, making the UK total over 6.3million. This equates to 15 millions people.
https://news.sky.com/story/new-energy-price-cap-likely-to-push-more-than-a-quarter-of-households-into-fuel-poverty-which-areas-will-be-worst-affected-12531185