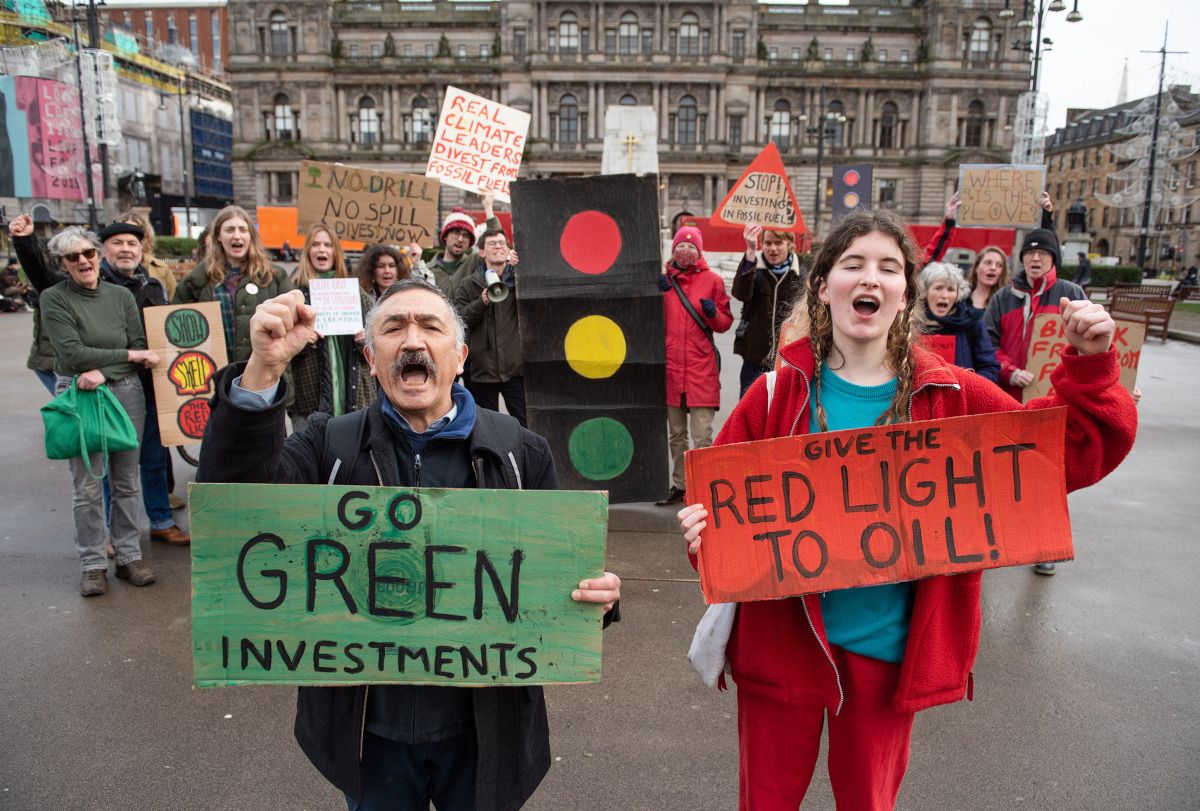 Oil giants get green light for hundreds of millions of Glasgow Council investment, despite climate pledge

Strathclyde Pension Fund, run by Glasgow City Council, is accused of backtracking on its climate commitments today as it reveals it has failed to sell a single investment in fossil fuel companies, despite fossil fuel divestment being agreed by councillors a year ago.

Strathclyde Pension Fund advisors assessed energy companies using a “traffic light system” to distinguish which companies should be removed from its investment portfolio due to their impact on the climate. Their report, released last week, recommended that the fund continue to invest in all the fossil fuel companies on its books, including Shell, Equinor, TotalEnergies and BP, despite them being some of the world’s biggest climate polluters.

At a committee meeting today (7 September 2022), members of the Strathclyde Pension Fund Committee are expected to vote to approve the plans to continue investing in fossil fuels.

Glasgow City Council has committed to taking urgent action to tackle the climate emergency and the committee that oversees the fund formally approved a strategy of fossil fuel divestment in September last year.

Strathclyde Pension Fund is run on behalf of 250,000 fund members in Glasgow and the West of Scotland. The most recent independent estimate found that it has £836 million invested in fossil fuel companies.

Sally Clark, divestment campaigner at Friends of the Earth Scotland, said: “Any climate assessment that gives the green light to BP and Shell with no further questions asked is clearly not fit for purpose.

“As skyrocketing energy bills are set to plunge millions of people into fuel poverty across the UK, local councils can and should be investing pensions into renewable energy – cutting our emissions and making our communities more resilient.”

Mark Campanale, founder of Carbon Tracker, said: “We find that none of the oil and gas and majors can be ‘green lighted’ for the simple reason that they all have investment plans that include investment in new production that is not compatible with a Paris aligned scenario. Not only that, these companies are continuing to explore for new fields, at odds with the need to rapidly reduce both production and absolute emissions to stand a chance of staying within Paris limits.”

Divest Strathclyde is the campaign to get the Strathclyde Pension Fund to drop investments in fossil fuel companies and other big polluters, and re-invest the money in ethical and sustainable alternatives. www.gcop.scot/divest-strathclyde/