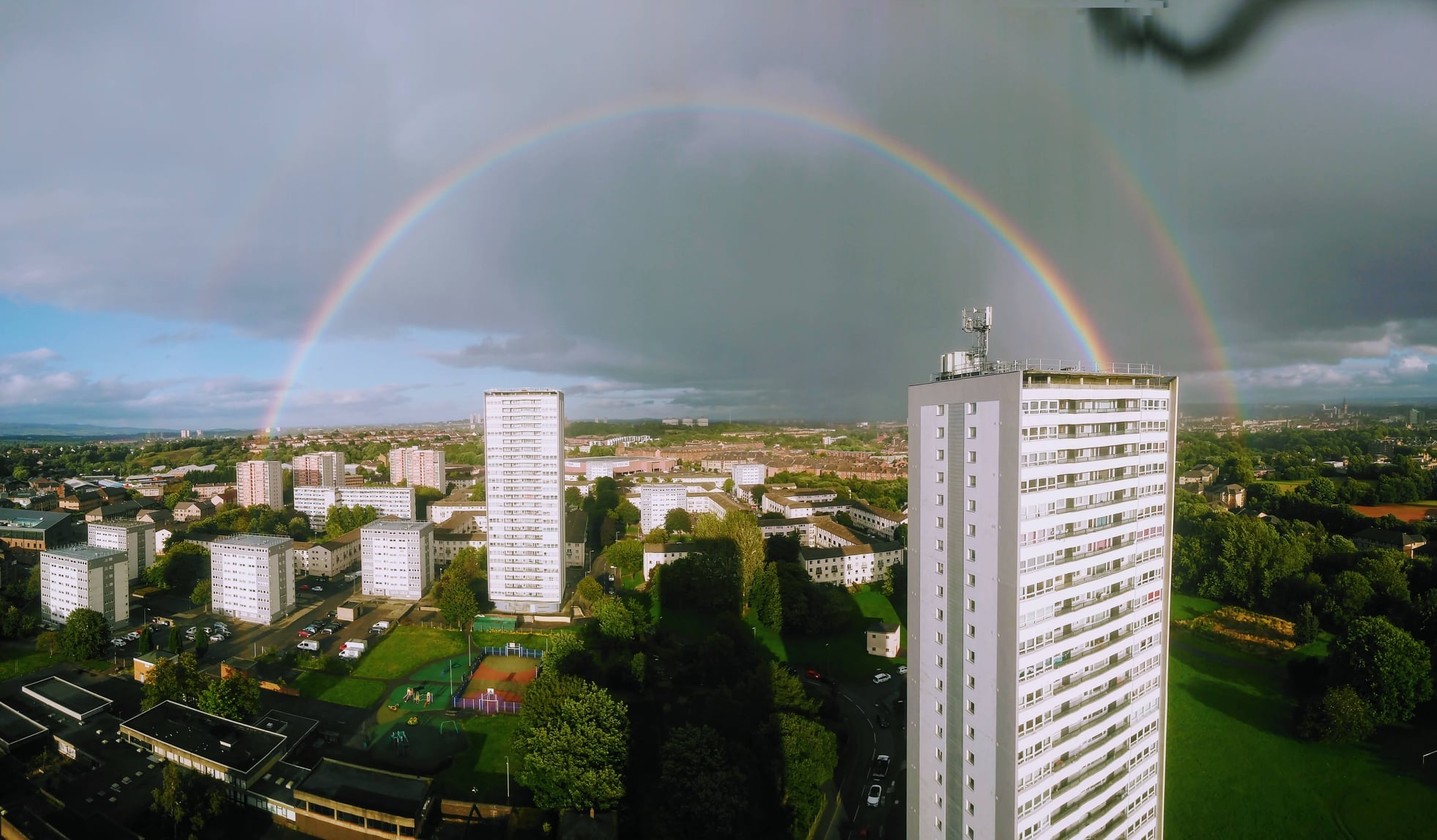 Environmental campaigners from Friends of the Earth Scotland have criticised plans to demolish four multi-storey blocks on Wyndford Estate in the north of Glasgow, saying the demolition plans from Wheatley Homes Glasgow, and supported by Glasgow City Council, go against the council’s climate commitments.

Wheatley Homes Glasgow is the largest social landlord in Scotland, managing 40,000 homes across Glasgow, including Wyndford estate. It told tenants about the plans to demolish the blocks to make space for new homes at the end of last year, explaining that they would be rehoused. The Wyndford Residents Union has spoken out against the plans as residents are being forced to leave their homes, at a time with a shortage of low-cost housing.

Neither Wheatley Homes Glasgow nor Glasgow City Council have considered the environmental case for retrofitting rather than demolition, but numerous architects and tower block specialists consulted by the Wyndford Residents Union suggest this is possible, preferable and more sustainable. Retrofitting is a more sustainable, lower carbon strategy than demolishing and rebuilding because it uses less materials and energy.

In the same year that Glasgow hosted COP26, it also became the first city in the UK to sign the Circular Cities Declaration and the council committed to becoming a circular city by 2045.

Kim Pratt, circular economy campaigner at Friends of the Earth Scotland said: “Glasgow City Council has made a strong commitment to transform the way the city uses materials.

Moving to a circular economy, by doing things like retrofitting rather than wasting materials, will help limit the environmental damage that’s caused by extracting more.

“Glasgow City Council must stick to these promises and consider the option to retrofit the Wyndford Estate tower blocks rather than demolish them.”

A representative of Wyndford Residents Union said “Wyndford estate has 600 socially rented homes in four iconic towers but Wheatley Homes Glasgow is aiming to tear them down because they want to replace them with 300 mid-market rent homes charging up to three times as much. At a time when low cost housing is in desperate need and short supply, Wheatley Homes Glasgow plans will compound the problem in order to increase their profits”.

Gloria Lo from Architects Climate Action Network Scotland said “The cycle of demolition and new build is wasteful and polluting the planet – it is never the right choice in a climate emergency and fuel poverty crisis. Wyndford Estate should not be demolished when the greener, better and sensible option to Retrofit is so readily available. We need our existing housing and communities protected and cared for. Architects and built environment professionals are leading with Retrofit strategies in other areas of Scotland; Glasgow should be no different.”

So far, councillors have failed to meet with representatives of the Wyndford Residents Union since the demolition plans were announced. Two councillors, Frank McAveety and Kenny McLean, are on the board of Wheatley Homes Glasgow.

Wyndford Residents Union are holding a public meeting to discuss the plans at Maryhill Hub, on the Wyndford estate at 5pm on Saturday 17 September. The meeting will be held in person and online.