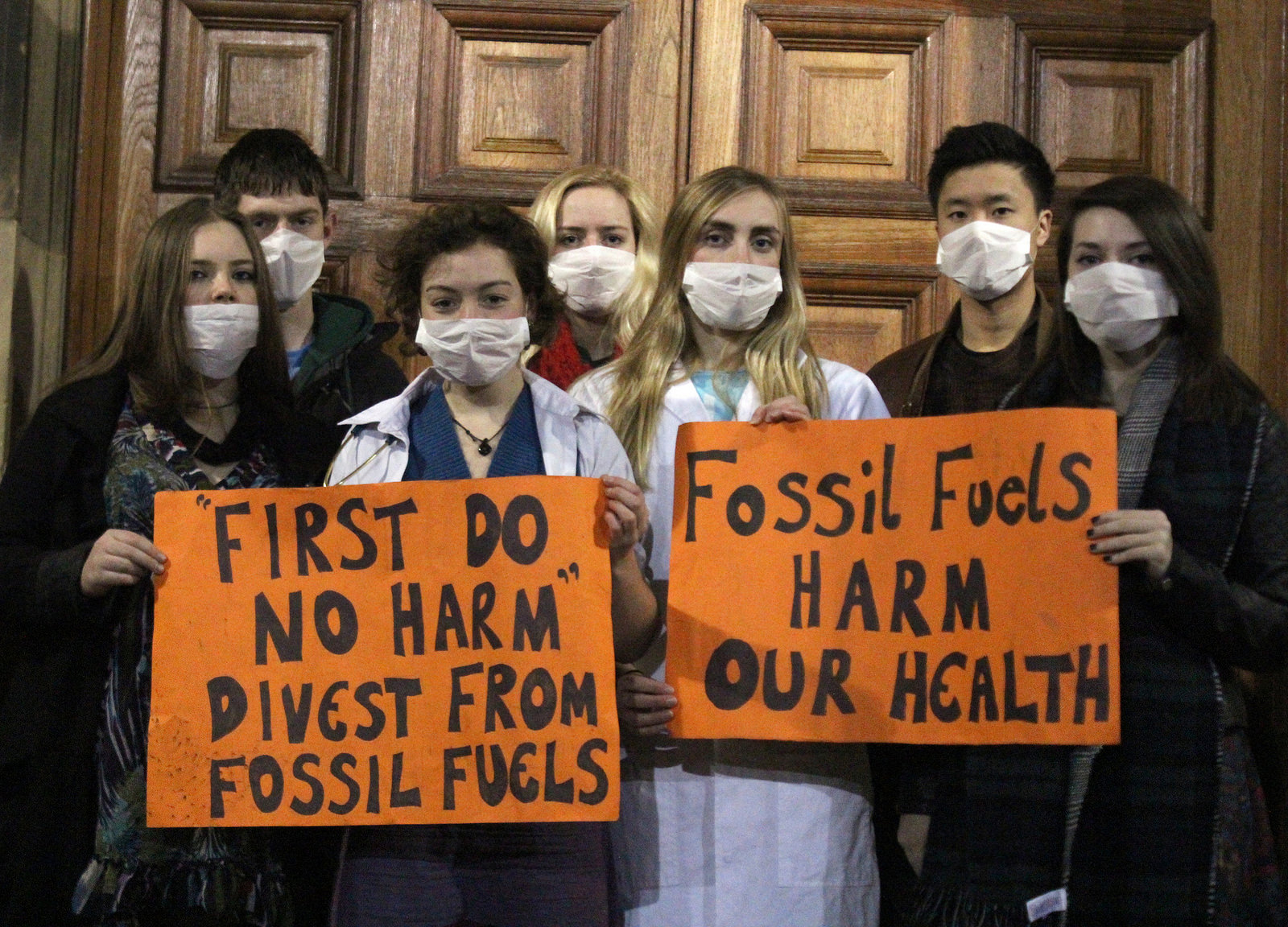 Friends of the Earth Scotland welcomes the announcement that the Royal College of General Practitioners (RCGP) is removing its investments from all fossil fuel companies in response to climate change.(1)

The organisation is the professional body for general practitioners in the United Kingdom.

Commenting on their divestment announcement, the RCGP’s Chair Professor Helen Stokes-Lampard warned that climate change could put the NHS under severe strain:

“We already face a seasonal crisis every winter that threatens to destabilise our national health service, but with our summers forecasted to become hotter and hotter, we risk the emergence of a second seasonal crisis, and the NHS will simply be unable to cope.”

“This is incredible news and shows the commitment of UK healthcare workers to public health. Just as we’ve taken a stand against the influence of the tobacco industry in the past we are now moving forward in acknowledging and acting on the most pressing health crisis of our time.”

Fossil fuel use has been identified as the lead cause of global warming. Earlier this month the highest ever temperature was recorded in Glasgow and private water supplies are drying up in Moray.

Simultaneous climate disasters are taking place around the world this summer including wildfires in Greece killing at least 60 people; hundreds dead or missing after flash floods in Laos collapse dam; Japan declares its heatwave a natural disaster after 65 deaths in a week; and forest fires in Sweden burning inside the Arctic Circle.

“Heatwaves like we have seen this summer cause hundreds of excess deaths. As climate change leads to such extreme weather events becoming more and more frequent the RCGP’s decision to divest could not be more timely. This sends a strong message that fossil fuel companies that damage our population’s health through air pollution and climate change have no future.”

The total funds who have made fossil fuel divestment commitments across the world are now estimated to be valued at over $6.15 trillion dollars.

Pledges to fully divest have come from UK local councils, the Church of Ireland, half of Scotland’s Universities, and BMO Responsible and all of Edinburgh and Glasgow’s MPs have pledged support for divestment of their own pension fund.

Fossil fuels are bad for our health

“By divesting our Doctors are showing us that fossil fuel companies are incompatible with a healthy future. Climate change is killing people right now: urgent and bold action is required to respond fully. The Royal College of GPs should be applauded for leading the way.”

Dr Deirdre Duff is from the public health charity Medact who have been campaigning for this move. She said:

“The fossil fuel industry is driving the climate crisis and their actions have led us to the brink of a public health emergency. Gas, oil and coal companies continue to push false climate solutions and their lobbying is a huge obstacle to climate progress.”

“The RCGP decision to divest shows up the fossil fuel industry for what it really is – a rogue industry that is claiming patient lives today and putting the future health of people and planet in even more danger.”