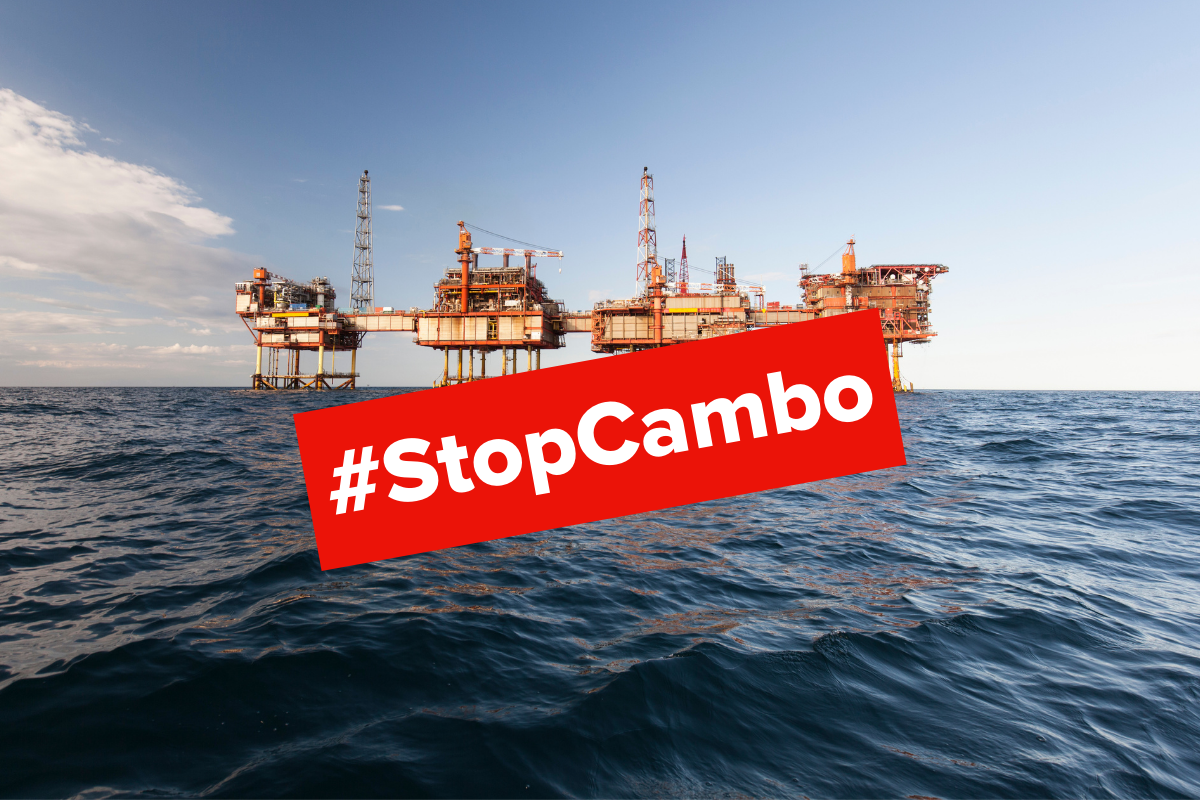 Environmental campaigners have demanded the Scottish Government declare their opposition to the controversial new Cambo oil field off Shetland. With just over 100 days until the crucial UN talks begin in Glasgow, climate activists are highlighting the hypocrisy of a new oil field being approved in Scottish waters.

The huge Cambo field contains 800 million barrels of oil, when burned will release the equivalent of 10 years of Scotland’s total emissions. The proposal has been in the spotlight, with people concerned about its climate impact occupying a UK Government building in Edinburgh on Monday.

Labour and Green MSPs have signed a Parliamentary motion calling for the project to be rejected, whilst almost 60,000 people across the UK have signed an open letter calling on Boris Johnson to reject the proposal from Shell and Siccar Point Energy to develop the field.

While the decision to approve or reject the proposal lies with the UK Government, the Scottish Government has failed to publicly reject the oil field. When asked about the Cambo project US Climate Envoy John Kerry highlighted the International Energy Agency report calling for an end to new oil and gas projects due to their climate impact.

“Nicola Sturgeon can’t sit on the fence about Cambo any longer. Her Government must oppose this huge new oil field off Shetland which would unleash hundreds of millions of barrels of oil and ever greater climate destruction. Scotland must put the right to a safe future for people and the planet ahead of oil company profits.

“Whilst the powers to give permits for oil drilling are reserved to Westminster, the Scottish Government can send a clear message that it does not want these polluters speeding us closer to ever greater climate catastrophe. The Scottish Government has a long history of challenging Westminster policy it disagrees with, now is the time to do so again. The First Minister cannot stay silent on this, true leadership means taking a stand.”

“If the Scottish Government is happy for this huge new oil field to go ahead, the First Minister must explain how she can square that support with playing host to the crucial UN climate talks in just a few months time. If all 800 million barrels in this field were dug up and burned the climate emissions would be equivalent to 10 years of Scotland’s entire climate pollution.

“Both the UK and Scottish Governments must end their hypocritical support for drilling for every last drop of climate-wrecking oil and gas, and instead develop a clear plan for winding down fossil fuel extraction while building up support for retraining workers and supporting communities. That has to start with saying no to Cambo.

“The UK’s drilling plans in already operating oil and gas fields will far exceed the UK’s share under the Paris climate goals – further extraction will blast through safe climate limits.”

The International Energy Agency recently said that no new oil and gas fields should be developed, if we are to limit global warming to 1.5C.  But both the UK and Scottish Government’s official policy is to maximise recovery of oil and gas – despite being in direct contradiction to their efforts to reduce fossil fuel use.

The Cambo heavy crude field off the coast of the Shetland Islands contains over 800 million barrels of oil. In its first phase, the project expects to extract 150-170 million of these — the burning of which would create emissions equivalent to operating 16-18 coal-fired power stations for a year.

If approved, Cambo would be producing oil and gas until 2050. It is 70% owned by private equity firm, Siccar Point Energy, and 30% by Shell.  Shell were recently ordered by a Dutch court to drastically reduce their climate emissions.
https://www.siccarpointenergy.co.uk/our-portfolio/corona-ridge-area

In a response to The National on “The Scottish Government has said the issue is a “reserved matter” and that oil and gas businesses only get government support if they contribute to a “sustainable and inclusive energy transition”.
https://www.thenational.scot/news/19429674.cambo-oil-field-scottish-greens-call-uk-embarrassment/

The UN climate conference is due to begin on 31st October. Friday 23 july marks 100 days until it starts.