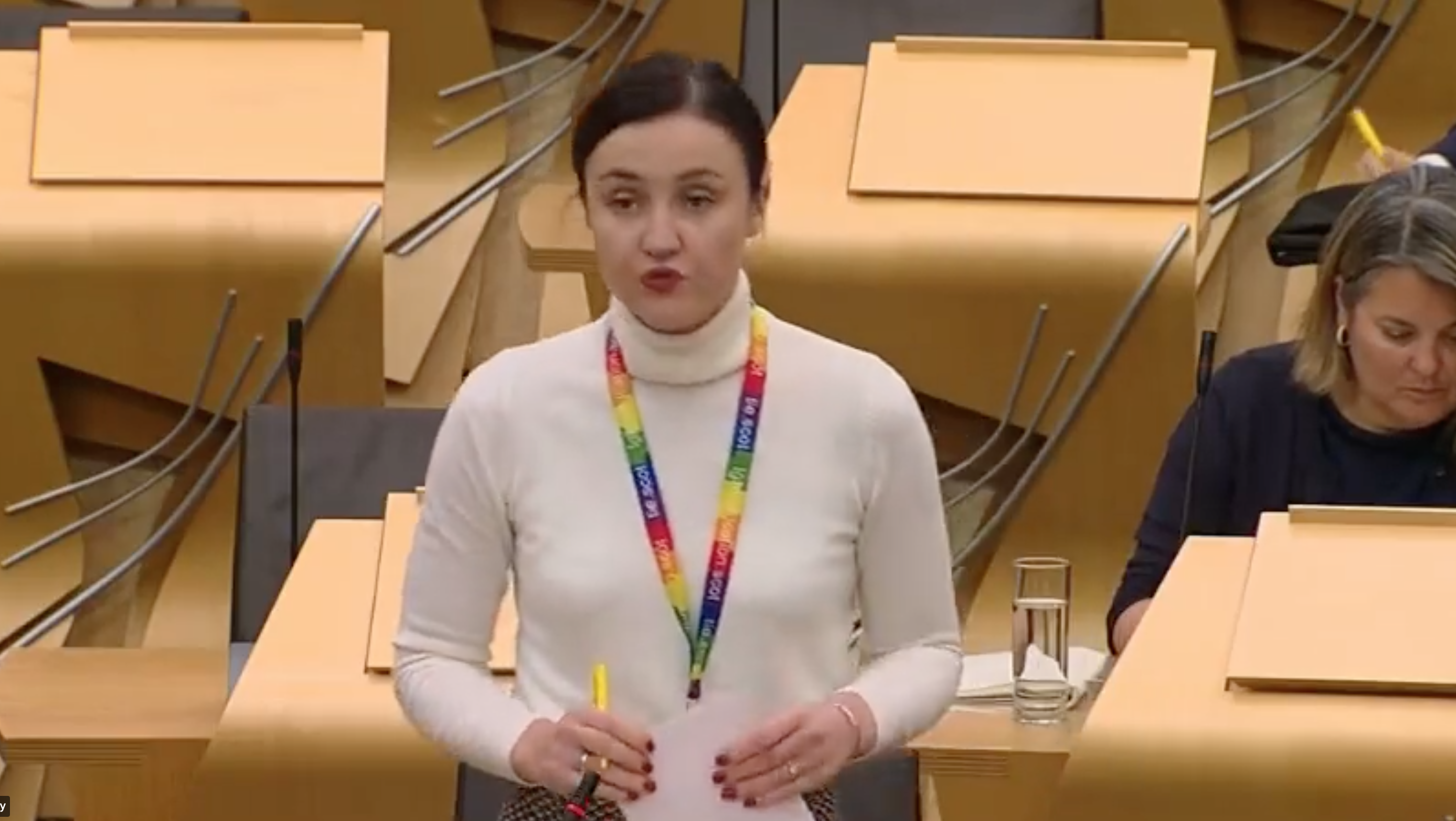 Environmental campaigners have welcomed the statement from Minister for Environment and Land Reform Mairi McAllan in Holyrood yesterday afternoon (22 November) that the Scottish Government “does not agree with the UK Government issuing new oil and gas licences”.

This came in response to a parliamentary question from Mark Ruskell MSP about whether the Rosebank oil field, and new licensing, should be allowed to go ahead, given the First Minister’s previous opposition to the Cambo oil field last year.

Ms McAllan said that the licensing of new oil and gas extraction is not the answer to either the cost of energy crisis or the climate crisis. The UK Government recently opened a licensing round which could issue over 100 licences for fossil fuel companies to explore the UK Continental Shelf for new oil and gas fields.

The Rosebank oil field already has a licence, and would be three times the size of Cambo. Equinor, the Norwegian oil company that wants to develop Rosebank, is currently awaiting approval from the UK Government’s Department for Business, Energy and Industrial Strategy on its environmental statement before the project can begin development.

Rosebank would not extract its first oil until late 2026, and the majority of the oil extracted would be exported and sold on the open market, doing little for the UK’s energy security.

Campaigners welcomed Ms McAllan’s statement as a strengthening of the Scottish Government’s position on new oil and gas.

“Mairi McAllan is completely right to say that new oil and gas extraction isn’t the answer to the cost of living crisis or the climate crisis. Millions of families are being pushed into fuel poverty by greedy oil companies for short-term profits. Meanwhile climate science is clear that there can be no new oil and gas licensing if we are to avoid truly catastrophic warming.

“This is the furthest the Scottish Government has gone to date in its opposition to new licensing, and Ministers must now pressure the UK Government to abandon its climate-wrecking oil expansion plans, starting by rejecting the plans to develop Rosebank. The Scottish Government must cement this position in the forthcoming Energy Strategy, putting an end date on fossil fuels and setting out the framework for a managed and just phase out of oil and gas within this decade.

“The Scottish Government’s opposition to new oil and gas extraction will make Rosebank a more risky investment, so Equinor should really think again. If Rosebank were allowed to go ahead, it would produce the same amount of climate-wrecking pollution as the annual emissions of 28 low-income countries combined. Approving it would fly in the face of climate science, which is clear that allowing any new fossil fuel extraction will take us past globally agreed climate targets.”