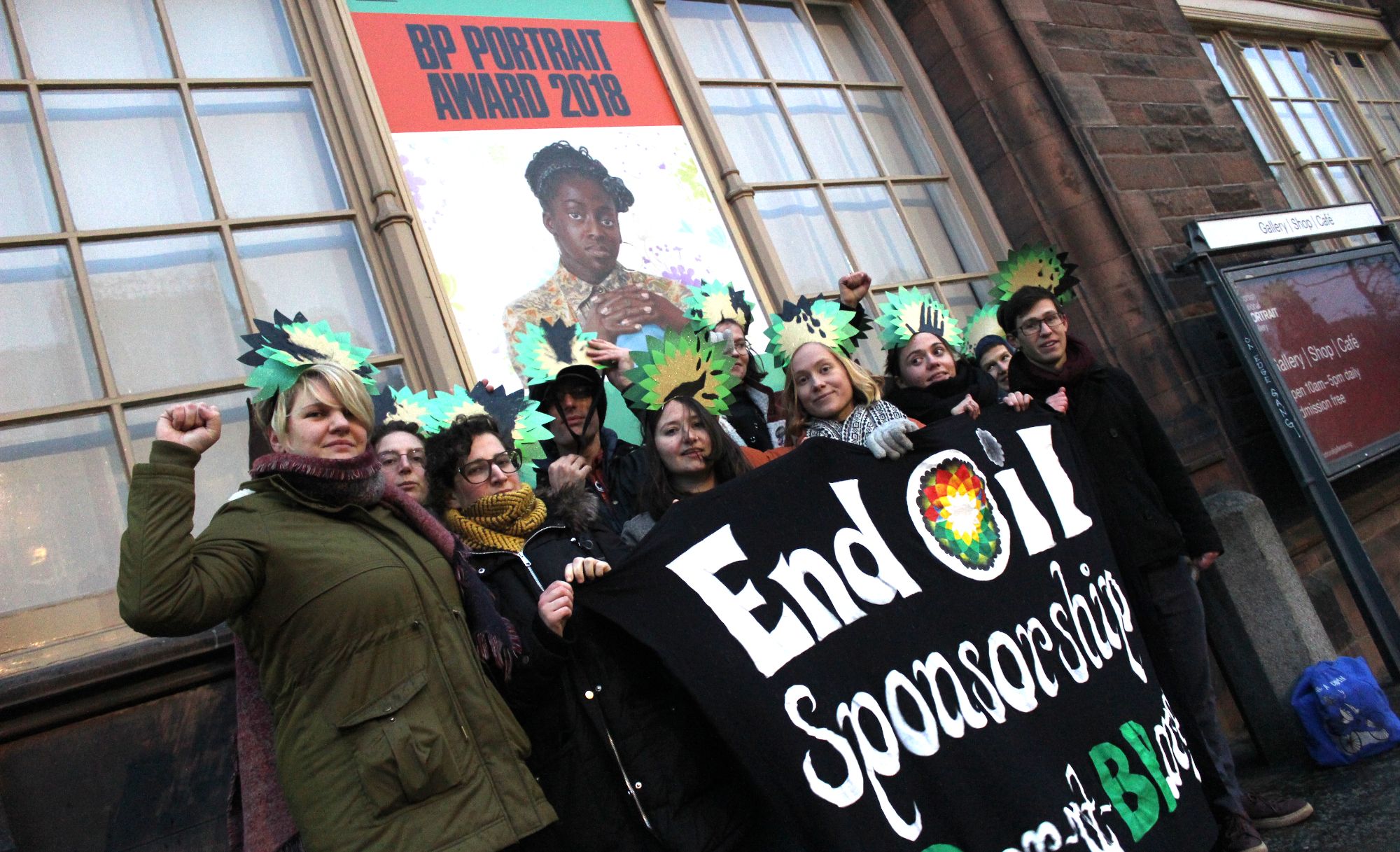 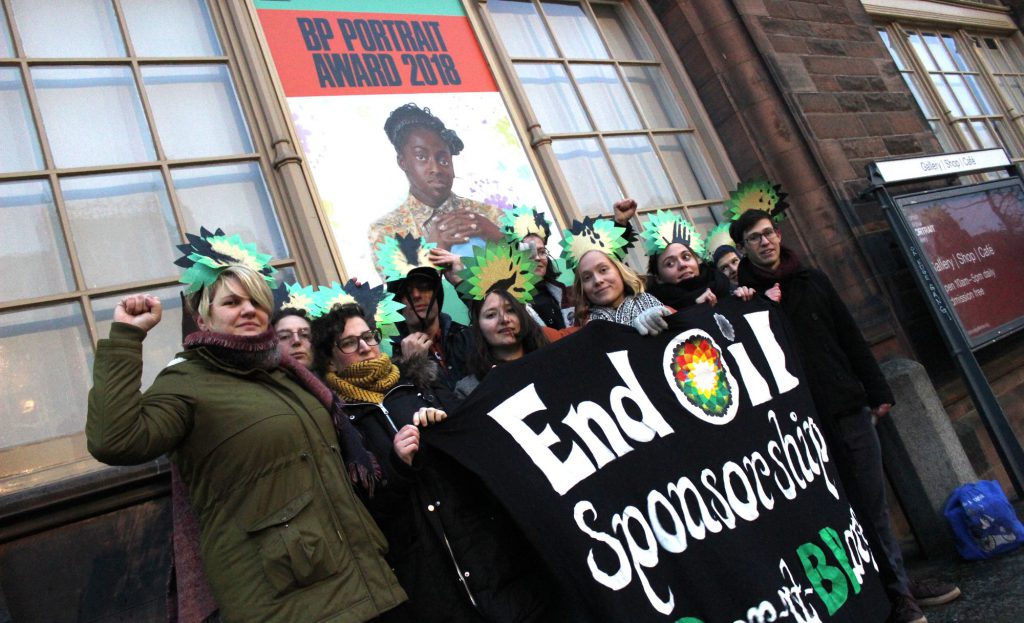 PRESS RELEASE by BP OR NOT BP SCOTLAND

Today, National Galleries Scotland announced that it was ending its partnership with the oil company BP in response to the climate emergency. In a statement posted on its website this morning (2), the gallery said:

‘The BP Portrait Award 2019 exhibition opens on 7 December at the Scottish National Portrait Gallery. At the National Galleries of Scotland we recognise that we have a responsibility to do all we can to address the climate emergency. For many people, the association of this competition with BP is seen as being at odds with that aim.

Therefore, after due consideration, the Trustees of the National Galleries of Scotland have decided that this will be the last time that the galleries will host this exhibition in its present form.’

Campaigners in Edinburgh have targeted the award on its previous annual visits to the Scottish Portrait Gallery. The creative action group ‘BP or not BP? Scotland’ have performed several times inside the gallery, including with oily portraits and climate-themed Christmas carolling. (3)

Campaigners believe that the prestigious portrait prize is being used by the oil giant to ‘artwash’ its image and distract from its real destructive activities. One of the judges of this year’s prize, Gary Hume, spoke out against the BP branding when this year’s award was announced, and was joined in his criticism by 77 other artists including five Turner Prize winners.

Alys Mumford, from BP or not BP? Scotland said:

‘It is extremely significant that yet another major Scottish cultural institution has dropped fossil fuel sponsorship, following the Edinburgh International Festival in 2015 and the Edinburgh Science Festival earlier this year.

‘This is a massive win for campaigners who have taken action against the BP Portrait Award being hosted in Scotland for several years. It sends a clear message that it is no longer socially acceptable to have links with the fossil fuel industry because of their continued role in driving the climate crisis and human rights abuses across the world.

At the VIP launch of the BP Portrait Award at the London National Portrait Gallery in June 2019, activist theatre group BP or not BP? blocked the entrances to the gallery with portraits of frontline environmental defenders, forcing guests to climb over a wall to get into the event. On the final day of the London exhibition, activists from Extinction Rebellion poured fake oil over semi-naked performers inside the gallery in protest at the BP sponsorship.

Chris Garrard of Culture Unstained, a research and campaign group who have been working with artists to challenge BP sponsorship, reacted:

‘This is nothing short of seismic. Following in the footsteps of the Royal Shakespeare Company and National Theatre, the trustees have recognised that, in a time of climate emergency, an ethical red line must be drawn and BP is on the wrong side of it. Now the National Portrait Gallery must follow this lead, cut its ties with BP and reinvent the Portrait Award as a positive celebration of portraiture, not a promotional tool for a climate criminal.’

Roxana Halls, an artist who has exhibited in the BP Portrait Award 5 times and who was one of the artists who joined Gary Hume in calling for an end to the BP branding said:

‘This is a brave and difficult decision on the part of the Scottish National Portrait Gallery, one which cannot have been easy to take and which I applaud.’

The Scottish National Portrait Gallery is the second Edinburgh institution to reject fossil fuel sponsors this year, following the Edinburgh Science Festival’s announcement in April that it will not accept sponsorship from oil companies. (4)

1. National Portrait Gallery is currently ‘considering options’ for the future of the BP award https://www.thetimes.co.uk/article/national-portrait-gallery-to-close-for-three-years-l80d5bnzh

5. BP or not BP? Scotland are a group of artists, arts workers and activists. We love the arts and care deeply about the global environment and human rights. We object to BP sponsoring the arts, as this provides the oil company with a ‘social license’ to continue driving climate change, damaging the planet and people’s lives. We are a member group of the Art Not Oil coalition, and a branch of BP or not BP?
https://bp-or-not-bp.org/scotland/