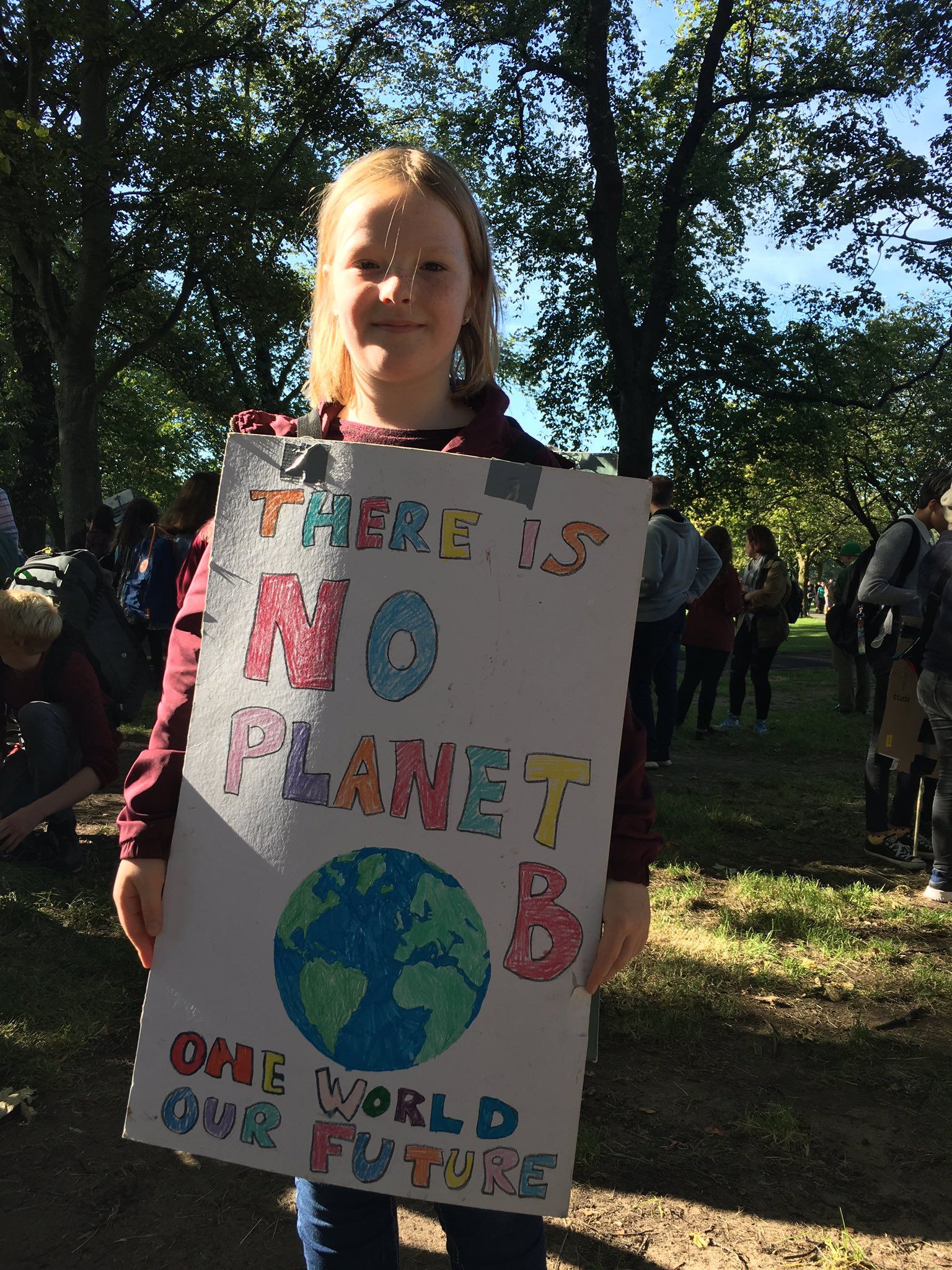 We’re publishing this statement on behalf of SYCS.

Tens of thousands of people took to the streets today across Scotland to demand increased climate action from the Government. Major rallies in Edinburgh and Glasgow saw the youth-led Fridays For Future movement joined by their parents, students and other adults. Many workplaces closed and encouraged their staff to join the Climate Strikes which are thought to be largest climate mobilisation in Scotland’s history.

Millions have taken part in the Global Climate Strike with thousands of events taking place in over 150 countries. The movement started by Greta Thunberg is calling for politicians to unite behind the science of climate change and rapidly cut emissions.

Events spanned the country with over a dozen protests taking place in Lerwick in Shetland, on the beach in St. Andrews, Fort William, Aberdeen, Lochgilphead, Dundee, Inverness and plenty more towns and villages.

Press quality, free to use photos wil be available at https://drive.google.com/drive/u/0/folders/1kqyNoTfX-ZB-1__ViFb_Pm3JNXor4l9f

Dylan Hamilton, a member of Scottish Youth Climate Strike that organised today’s global strike commented, “We are making history by standing up for our future.”

“The people have protested, we marched and then we rallied. We have made our position clear; the government needs to act for the future of humanity. Politicians have spent decades sitting around talking, but if your house is burning down you wouldn’t stop to talk about money, you would act. All those protesting today have shown that action has an impact.”

“There has never been a more important issue facing humanity than the climate crisis. With the week of action to come we will show that we won’t go away, today’s protest will show the world that the people want action that responds to what climate science demands.”

Erin Curtis, a fifteen-year-old striker from Glasgow said,
“It’s absolutely amazing to see so many people striking with us today. The fact that our streets have been filled with everyone demanding action sends a clear message to those in power that the public want to see change.

“The momentum from people is there, we want a better future, and all of us uniting for this protest will drive home to the Government that we won’t stand for platitudes any longer.”

The Youth Strikers said that today’s overwhelming public support has reinforced their message, the demands are straightforward and are key to stopping climate breakdown.

A week of action linked to climate change will follow today’s strike, starting with the ‘Day of Death’ tomorrow, where SYCS will host die-ins across Scotland to symbolise what our future looks like. Other events will include appreciation of the planet, education and people’s assemblies to discuss key issues.

1.Photos are available at https://drive.google.com/drive/u/0/folders/1kqyNoTfX-ZB-1__ViFb_Pm3JNXor4l9f

2. Scottish Youth Climate Strike is an organisation made up of school pupils who have been organising large scale protests across the country to demand action on the climate crisis. See their demands along with a list of places that participated in the Climate Strikes today https://climatestrike.scot

4. Sent from Friends of the Earth Scotland’s media office on behalf of the Scottish Youth Climate Strike