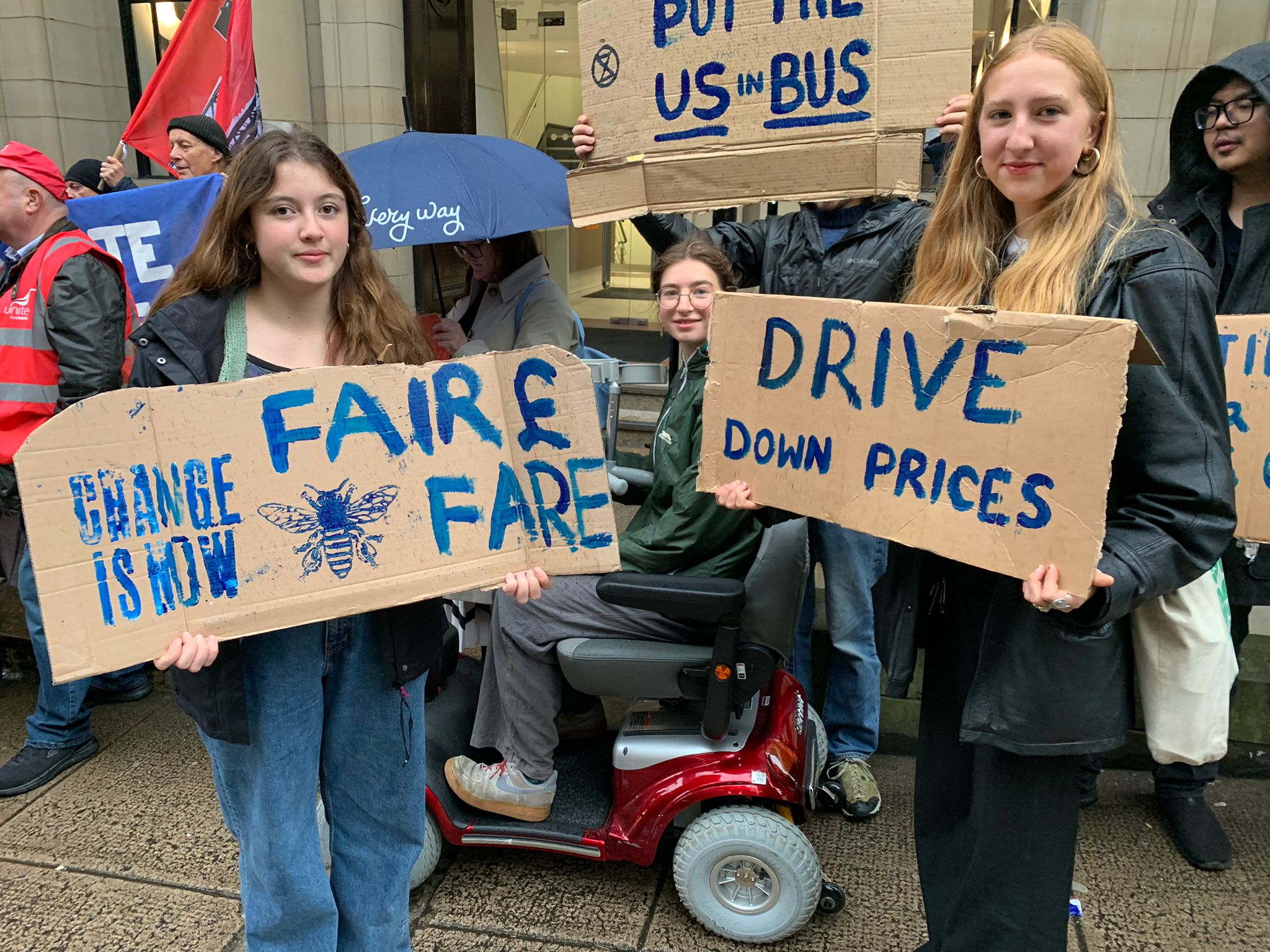 Transport campaigners in Glasgow submitted a petition this morning (Friday 30 September) to the regional transport authority and asked them to use new bus powers to plan a Manchester-style connected, affordable bus network. Protesters gathered outside its building as board members arrived for a meeting.

Get Glasgow Moving handed in a petition of more than 4,500 passengers to Strathclyde Partnership for Transport (SPT) asking for a better bus service and cheaper fares. The starting bus fares in Glasgow can be as high as £2.65, depending on the operator, while on Edinburgh’s publicly owned Lothian Buses, starting fares are £1.80.

SPT covers 12 local authority areas around Glasgow and the West of Scotland.

Ellie Harrison from Get Glasgow Moving said after the petition hand-in:

“People came along this morning to tell our representatives we badly need a change in our transport system. Over 4,500 people signed our petition and many more are fed up with the eye-watering fares charged by the likes of First Bus.

“What we want is simple – for SPT and our local councils to use the new bus powers they have been given by the Scottish Parliament and plan a fully-integrated bus network across the whole region. This is what Andy Burnham is doing in Manchester and the same thing can be done here in Glasgow.”

“Transport is our biggest source of climate emissions. The deregulation of buses in Glasgow has been a disaster for passengers and for the planet. We’ve seen nothing but rising fares and disappearing services. If a transport authority like SPT introduced franchising, we could have a planned network that’s affordable, accessible and reliable.

“A thriving bus network is essential to taking cars off the road, reducing our emissions and achieving our climate goals.”

Manchester’s newly regulated bus network will get underway in Wigan, Bolton and parts of Salford from September 2023. All bus services in Greater Manchester will be franchised by the end of 2024. This will provide one network, with capped daily fares and tickets – no matter how many times you travel or how the journey is made. All bus fares have been capped at £2.00 from this September.

The background to the petition hand-in

Get Glasgow Moving is a grassroots public transport campaign founded in 2016 by local people. https://www.getglasgowmoving.org/