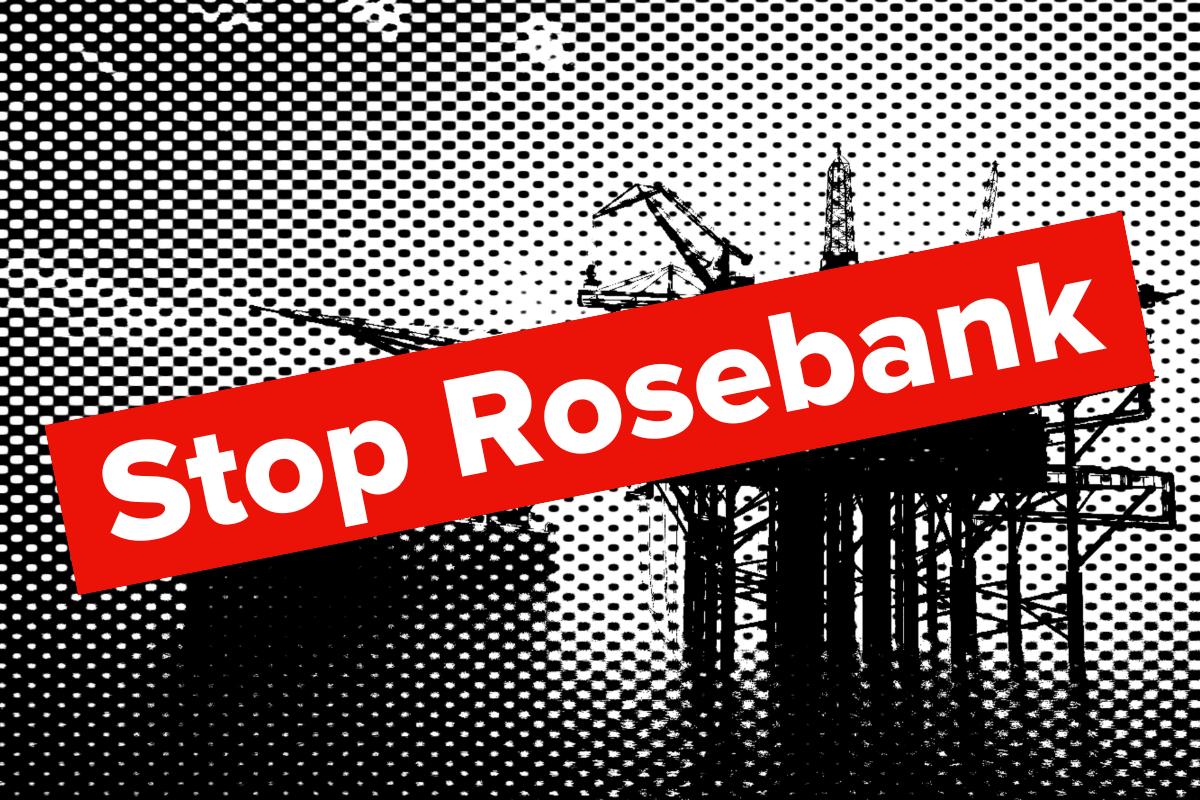 UK Government ‘has all the evidence it needs’ to reject Rosebank oil plans, say campaigners

Climate campaigners say the UK Government has all the evidence it needs to reject the controversial Rosebank oil field, as its oil and gas regulator asks Equinor to provide greater clarity on its application to develop the controversial field.

OPRED, the UK Government’s offshore oil and gas regulator, raised several concerns in their response to Equinor’s Environmental Statement. These include asking for more information on how the proposed Rosebank oil field will meet the commitments of the North Sea Transition Deal, and both the UK Government and Equinor’s own ‘net zero’ commitments.

The International Energy Agency has stated that in order to remain within safe climate limits and keep global warming to 1.5ºC, there can be no investment in new oil and gas extraction. Campaigners highlighted that analysis has shown that over its lifetime, the oil and gas extracted from the Rosebank oil field will produce the equivalent of the annual emissions of 28 low-income countries combined.

Equinor is a Norwegian state-owned oil company, and wants to exploit the Rosebank oil field, which is the biggest undeveloped oil field in the North Sea. Equinor made £21 billion profits in the third quarter of 2022, yet will receive over £100 million in public subsidy from the UK Government for developing this oil field, due to the deliberate loophole in the Energy Profits Levy (windfall tax).

“It’s positive that the regulator is asking questions but it’s clear the Rosebank oil field cannot be compatible with a safe climate future, so Equinor will be unable to provide the answers which will overcome this fundamental problem.

“Climate science is crystal clear that we can’t allow any new fossil fuel developments to go ahead. The UK Government already has all the evidence it needs to reject the plans for Rosebank once and for all.

“There is an active and widespread campaign dedicated to preventing this hugely damaging oil field from going ahead, as well as opposing all new oil and gas extraction. We will keep up the pressure on the UK and Scottish Governments to reject the Rosebank oil field, as well as challenging the greenwash of Equinor. The tide is turning against fossil fuels, and Equinor has been forced to pull the plug on fossil fuel projects in the past, in the Great Australian Bight and recently on the Wisting oil field in Norway. We can and must stop them again.”