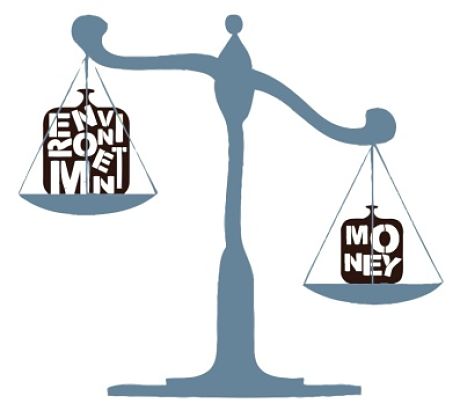 Friends of the Earth Scotland, RSPB and law firm Leigh Day submitted a Communication to the UNECE (United Nations Economic Committee for Europe) Aarhus Convention Compliance Committee in December 2017 arguing the UK is failing in its obligation to provide the public with a right to effectively challenge decisions which could damage the environment.

The Aarhus Convention is a United Nations environmental treaty which both the UK and the EU have ratified. One of its three founding pillars concerns the public’s right to challenge the decisions of public bodies impacting on the environment. The convention requires the UK to ensure this right of challenge extends, not only to the procedure by which decisions are made, but the substance of the decisions themselves (so‐called “procedural and substantive legality”). The Convention was agreed in 1998 and came into force in the UK in 2005.

“It is notoriously expensive and difficult to access the Scottish courts to challenge decisions that damage the environment, and get a ruling that deals with the substance of the issue.
“We hope this complaint encourages the Scottish Government to look again at its obligations under international law and provide a system fit to respond to scale and gravity of the environmental challenges we face today.

“A specialist environmental court or tribunal could be key to delivering an Aarhus compliant system that helps level the playing field between communities and developers.”

Martin Harper, Director of Global Conservation at the RSPB, said:

“The Aarhus Convention requires the UK to provide more than a checklist of procedural compliance – it requires the courts to grapple with the merits of the decision to a much greater extent than it currently does.”

“Where the potential environmental impact is greatest, in respect of major infrastructure projects, fracking or pollution for example, the court should be required to scrutinise the issues even more carefully, as they do in other cases concerning the infringement of human rights.”

“The clients we represent are frequently aggrieved about the current situation, whereby a court is unable to fully scrutinise the heart of a planning authority’s decision. This often leaves campaign groups without any true access to environmental justice. On their behalf, we are incredibly encouraged by the announcement from the Compliance Committee.

“This will hopefully be the first step in ensuring the public have a strong voice in environmental decisions and are no longer left frustrated by a legal process that does not allow their concerns to be heard.”

Currently, the only way anyone can challenge the decisions made by public bodies and the government is to seek what is called judicial review (or a similar process called statutory review). This is often a lengthy, complex and expensive process. It is also a process concerned primarily with the manner in which the decision was made – were the right people consulted? Did the public body apply the correct statutory test? This is in stark contrast to the position with regard to planning permission, whereby a developer has access
to an appeal with a full review of all the merits. The only option available to the public is to argue that the original decision was so outrageous it could be deemed to be irrational (a very high threshold to meet), or identify a procedural or legal error.