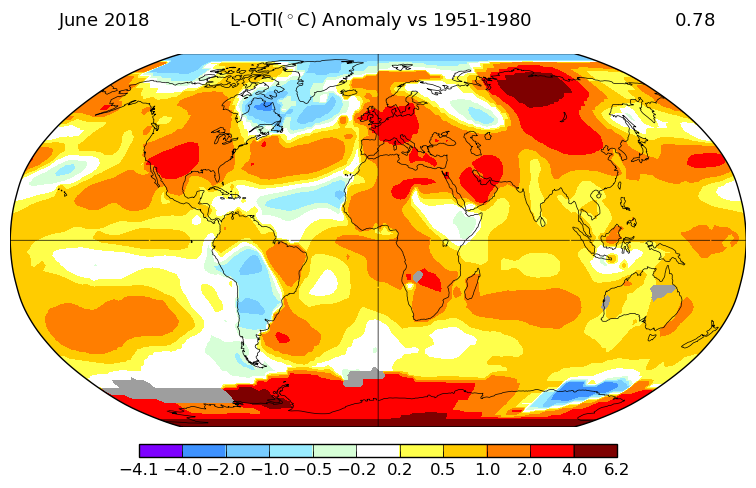 Friends of the Earth Scotland today released new figures which show that May, June and July this year were the hottest and sunniest May-July period ever recorded in Scotland.

The average monthly temperature for May, June and July 2018 was 12.9ºC, nearly half a degree above the previous hottest records for the same 3-month period in 2014 and 2006.

“Although 2018 started cold the last three months have been the hottest and sunniest early-summer ever recorded in Scotland. Heatwaves like these threaten to kill thousands every year in the future. With record temperatures, widespread wildfires and continuing droughts around the world, this summer has been a wake-up call on climate change.

“Scotland has seen crops wilting in fields, trains running at reduced speed and water shortage warnings, while other countries have seen much worse, including hundreds of deaths. Holidaymakers died on the beach in Greece, California looks set for another record-breaking fire season and temperatures in Spain and Portugal were forecast to reach above 45ºC.”

“The weather is sending us very clear signals that our climate is changing in major ways. As records break we enter new territory for the planet and we should be worried. Some extra summer heat is no doubt welcome for many but the bigger picture is of bigger storms, more floods and more severe heatwaves.

“To avoid the worst consequences of climate change, we need to reduce the climate emissions from transport, industry and farming as rapidly as possible. With a new climate bill already in the Scottish Parliament we need politicians from all parties to set tougher targets and put in place the policies that will move us rapidly towards a fossil-free Scotland.”

1. All data are for Scotland and come from the Met Office. Temperature records for Scotland go back to 1910 and sunshine records to 1929. Met Office data for Scotland is here: https://www.metoffice.gov.uk/climate/uk/summaries/datasets 9 of the 10 warmest years ever have been since 2001.

2. FoE Scotland are encouraging people to email their MSPs to call for tougher climate targets in the new Climate Bill: https://act.foe.scot/climate-zero-2040 FoES are calling for climate targets to be increased to 77% by 2030 and 100% by 2040. Scotland’s emissions in 2016 were already 49% lower than in 1990.

4. FoE blog on the summer heatwave and climate change: https://foe.scot/what-uk-weather-tells-about-climate/