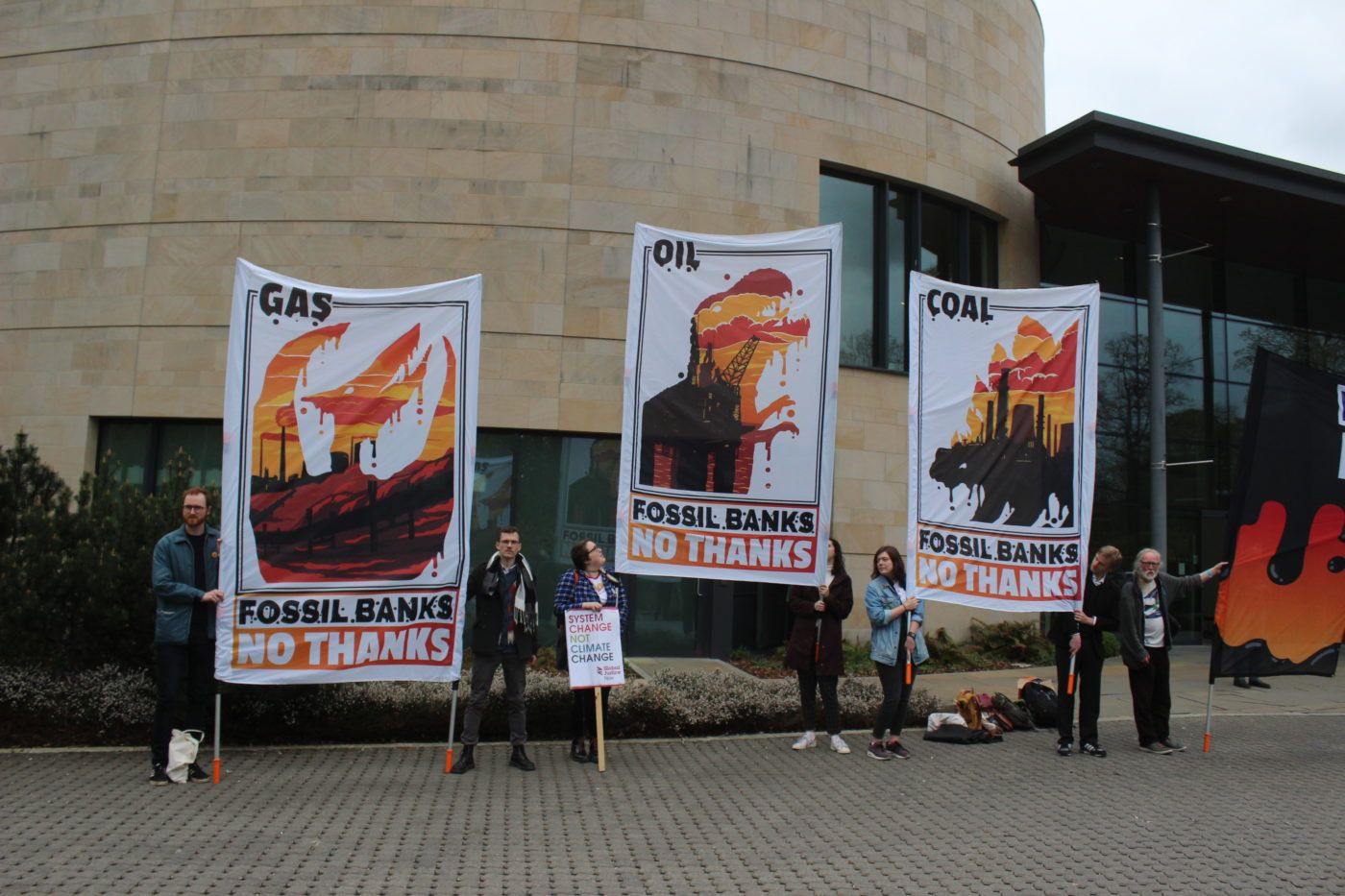 As RBS chief leaves, will it usher in an end to fossil fuel finance?

Home > As RBS chief leaves, will it usher in an end to fossil fuel finance?
26th April 2019

The timing of Ross McEwan’s resignation as chief executive of Royal Bank of Scotland, on the morning of the bank’s Annual General Meeting last Thursday, is decidedly odd. The New Zealander’s departure had been expected, but not quite so abruptly.

But it was surely be just another day in the office for the public relations team at the bank’s Gogarburn headquarters, where crisis management is hard-wired into the foundations.

Post-financial crisis and the passing of Fred the Shred, among RBS’s pile of woes have been the revelations about the disgraceful treatment the bank meted out to 12,000 small businesses between 2008 and 2013, as well as its involvement in punitive lending schemes to cash-strapped councils around the UK.

RBS is not an institution with its troubles to seek.

But as an environmental NGO that has scrutinised and critiqued RBS and many other international private sector banks for more than 15 years, it has come as something of a surprise in recent weeks for my organisation BankTrack that we are able to present the bank with some stunning positive data about its energy sector lending performance. And, at the same time, provide it with a big opportunity to reap major positives, not only for its own tatty public image but also for the ever more precarious global climate.

We went to the RBS AGM to demand and end to their financing of fossil fuels.

The research for our annual Fossil Fuel Finance Report Card, which looked into how much financial support was provided by big banks to 1,800 coal, oil and gas companies, threw up the unexpected finding that in 2018 RBS shelled out nothing ($0) to these climate-destroying entities.

To put this in perspective, the other 32 banks from around the world which we assessed provided the fossil fuel industry with more than $650 billion last year. Leading the way is JPMorgan Chase with $63.9 billion, and Barclays’ outlay of $24.7 billion makes it the UK’s top fossil bank.

There are of course limitations on how comprehensively we can research this data, and banks continue for the most part to keep their dirty energy numbers firmly under lock and key. In the RBS annual report for 2018, the bank has disclosed – rather obliquely – that it maintained some exposure to fossil fuels up to year end: 1.2% of total lending is still going to the oil & gas and power sectors, and we can assume some marginal amount of coal finance is part of this.

Nonetheless, this very low level of fossil fuel financing at RBS is highly significant – the next least bad bank in our 2018 rankings was Spanish bank BBVA, with $4.4 billion.

But why the decline in fossil fuel financing?

However, before Extinction Rebellion Scotland descends on the Gogarburn lawn for a wee celebratory party, it needs to be kept in mind that RBS has arrived at this promosing position a lot more by accident than by design.

The rapid decline in RBS’s fossil fuel financing in recent years – in 2016 we calculate it did $3.7 billion in dirty financing – has coincided with the business shake-up and post-crash global retrenchment which McEwan was tasked to deliver. The upshot is that RBS has been reduced to focusing on customers in the UK and Ireland.

Public concern about climate change is skyrocketing and more and more young people prepare for the next international climate strike. As Sir David Attenborough’s revealed to a huge BBC audience last week the pernicious antics of the fossil fuel lobby over the last 30 years in successfully obfuscating the risks of man-made climate change, there is a peculiar dilemma facing RBS right now: despite the drying up of its fossil fuel finance, its policy positions still leave the door open to big oil, to the Arctic drillers and to the frackers.

This point was driven home to us during the consulting with RBS staff of our recent report’s scoring of the bank’s sectoral policies. We had awarded a fairly positive ‘B-‘ grade to RBS’s apparently highly restricted approach to financing coal power. In response, we learned from staff that, in fact, if a coal plant project featuring carbon capture and storage (CCS) or another abatement technology was presented to it, then RBS would consider financing it.

After a scratch of our heads, and a consideration that a CCS equipped coal plant in the UK or Ireland does not seem feasible in the next ten years (or ever), we revised the grade down to ‘C+’.

This kind of anomaly, as well as the wider disconnect between RBS’s actual real time marginal fossil fuel finance and the continued hedging of its bets via lax policy coverage, could quickly become a thing of the past if robust climate leadership and action is taken up full square at the top of the bank.

By contrast, at HSBC’s AGM a few weeks ago, with student climate strikers thronged outside, HSBC’s John Flint completely flew in the face of these climate emergency times and took fossil fuel finance excuse-making to a new level, remarking: “We don’t need to end fossil fuel financing now, because we haven’t yet reached the planet’s peak carbon consumption.”

There is a huge opportunity for RBS to become the global climate leader in the banking sector, and hopefully help drag some of the sector’s dinosaurs along with it. The Bank of England’s governor Mark Carney last week laid down his most urgent climate change warning to the banking sector, and climate protestors are watching on with increasing impatience and considering who to target next.

Memo to potential successors to Ross McEwan: if RBS wants to seize the moment, it could and should close its doors to the fossil fuel industry for good.

Greig Aitken is a climate campaigner at BankTrack, which is coordinating the global Fossil Banks, No Thanks! campaign calling on the world’s major private sector banks to end their financing for fossil fuel projects and companies.