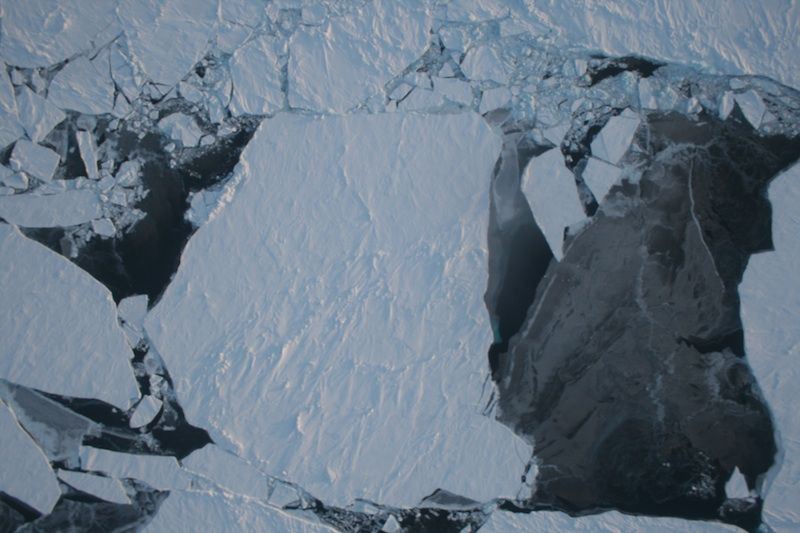 The last few weeks have seen several new studies giving us new insights into the role and future of icesheets and glaciers on our planet.

Last month the seasonal sea ice in the Arctic covered nearly a million square kilometres less than the long-term average, making it the sixth lowest ice cover ever recorded.

The poles are among the places feeling the heat of climate change most rapidly. In March, the world was 0.88C above the long-term average but parts of the South Pole and all of the North Pole were between 2 and 4C warmer. Locations in Alaska were recently officially reclassified from ‘sub-Arctic’ to ‘warm summer continental’ based on the upward trend of yearly average temperatures.

Last week, a study concluded that the Greenland ice sheet is already committed to enough melting to raise sea levels by one or two metres. If it melted entirely, sea levels would be seven metres higher.

Another study found that the massive Thwaites Glacier in Antarctica is melting faster than previously thought. The picture across the Antarctic is confusing because warmer seas mean the ice sheets are melting – but they also mean there is more new snow falling, replenishing the ice from the top. So the ice sheets can be feeding tens of billions of tonnes of water into the ocean a year, while at the same time seeming to contain about the same amount of ice.

Despite promises to keep the global temperature rise well below 2C and even to try for 1.5C, the world is on track for more like a 3C rise by 2100. A new study suggests that the tactic some governments are backing to go over 2C but then come back down again would likely create irreversible ice loss in the Antarctic, even if it worked.

But ice is not only found at the poles. Another study finds that mountain glaciers are melting faster even than the Antarctic ice, with billions of tonnes of water being added to the oceans every year. This is not just a problem because of the extra sea level rise that results, but because about half the world’s population depend on dwindling glaciers for their drinking water and water for agriculture. There is also the very real danger of killer floods caused by outbursts from glacial lakes.

The power of ice

Another, rather stunning, bit of recent news is that climate change has knocked the Earth off its axis. The melting of ice sheets and glaciers has change the weight distribution of the planet so much that the poles have shifted.  Ok, they’ve only moved about four metres since 1980, but this is a whole six thousand billion billion tonne, 13,000km diameter planet we’ve accidentally messed up. Oops.

Yet another study had some mildly good news, concluding that keeping to 1.5C would halve the expected sea-level rise from melting ice by 2100.

Our large bodies of ice play key roles in many planetary processes, from driving ocean currents and nutrient cycles and providing drinking water, to increasing sea levels and cooling the planet by reflecting sunlight. With climate-change temperature rises highest at the poles driving the ice to melt at ever increasing rates, it is obvious that we are conducting a very dangerous experiment with our planet.

Dr Richard Dixon is Director of Friends of the Earth Scotland. A version of this article appeared in The Scotsman on Thursday 27 May 2021.