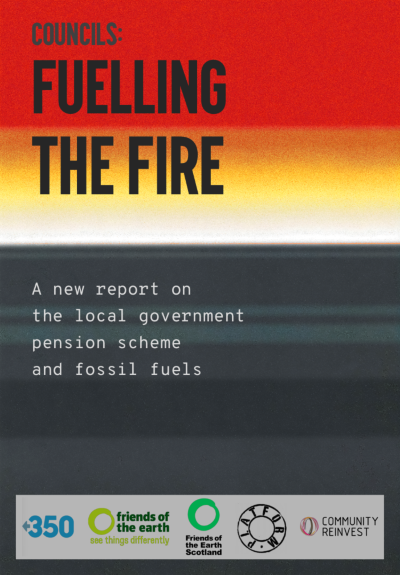 This report shows that UK council pension funds invest over £16 billion in fossil fuel – the industry most responsible for climate change. Scottish councils were found to have £1.8 billion invested in fossil fuels: 4.2% of the scheme.

The data also show that between 2015-2017 Scottish council investment in fossil fuels increased by £146 million, a period during which nearly all national governments signed up to the Paris Agreement on climate change. The Scottish Government has also taken measures to end the use of fossil fuel cars by 2032 and ban fracking.