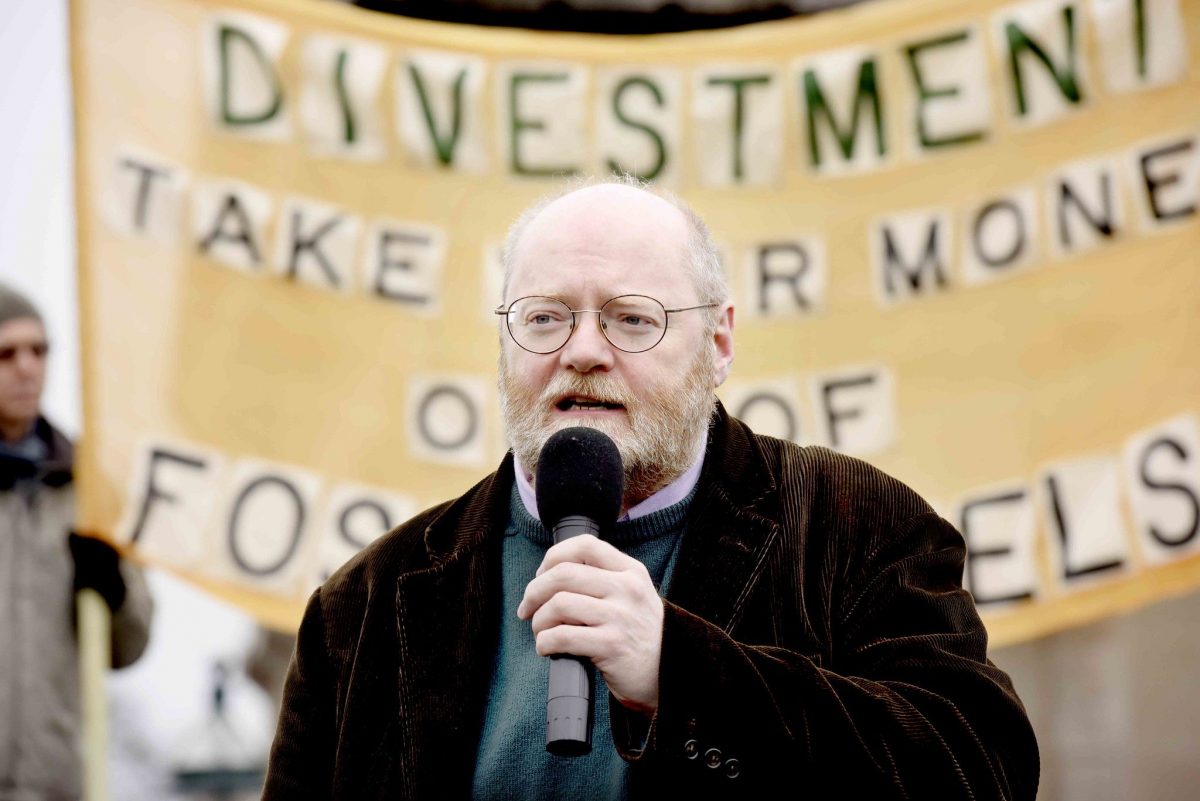 Richard Dixon steps down after decade at helm

Dr Richard Dixon is stepping down as Director of Friends of the Earth Scotland. His last nine years as director have been amongst the most successful in the organisation’s 40+ years history.

Since Richard’s arrival as director in 2013 the organisation has grown from six members of staff to a thriving team of over 20!

As concern about the climate crisis has grown, the FoES team has been at the centre of progress and the push for action. In the last decade, Richard has helped us deliver a second Climate Act, secure Low Emission Zones coming in four cities, win the ban on fracking, see oil giant Shell pull out of the Cambo oil proposals, and push just transition up the political agenda.

FoES was at the heart of civil society activities around the COP26 climate summit last year, playing host to the Friends of the Earth International family and playing a key role in the Stop Climate Chaos Coalition, and establishing the COP26 Coalition.

This was Richard’s second stint at FoES, having been senior campaigner for 8 years from 1994. In the interim he was Head of Policy and then Director of WWF Scotland, before returning to FoES as Director.

On top of helping secure many important wins at FoES, he also helped found Transform Scotland and Stop Climate Chaos Scotland, and chaired the Edinburgh Community Solar Co-op during its first phase of raising money and putting solar panels on school and community centre roofs.

In addition to Richard’s incredible depth of policy knowledge and excellent ability to clearly communicate complex issues, he was also our chief prop-maker, our tech guru, and an ace photographer! He designed our exploding mountain top, built the climate signpost (that still stands in our office) and even 3D printed FoES badges for colleagues!

Richard is a font of expert knowledge that he is always eager to share with others. Everyone in the team has learned much from him (including where Edinburgh’s vital sewage arteries run) and he will be greatly missed.

After a well-earned break, Richard will be a freelance writer and researcher on climate, energy, and advisor on campaign, advocacy, comms and organisational strategy. You’ll be able to see what he is up to, including his weekly Scotsman columns, at https://rdixon.scot and on Twitter at @Richard_Dixon

FoES in the process of recruiting a new Director. Alice (Head of Operations), Kerrigan (Head of Development & Communications) and Mary (Head of Campaigns), as members of the senior management team, will be Interim Co-Directors until the post is filled.

FoES is a huge band of people working together for environmental justice – that includes our staff, volunteers, our dedicated members who support our work and the countless thousands of people who take action with us. Richard has helped build and shape this FoES team over many years and he is leaving a positive legacy that will endure long after he has moved on.

The team offers our sincere thanks for all that Richard has taught us and helped us achieve together and for being our wonderful friend and colleague.