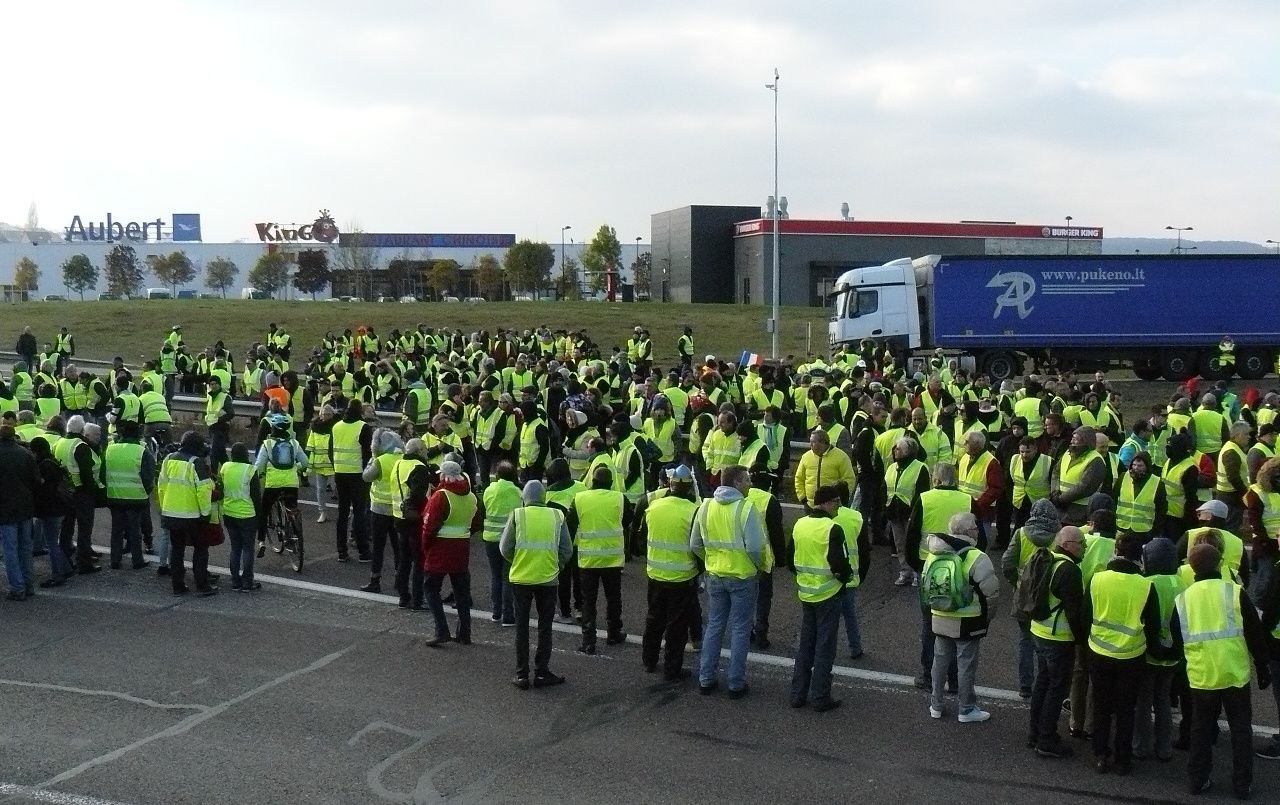 This is a guest blog by Dave Moxham of the Scottish Trades Union Congress.

Today, the Scottish Government announced the first tranche of commissioners and the remit of the Just Transition Commission. In our view it is unfortunate at best that the Government did not wait until it was in a position to announce the full membership of the Commission. Perception is vital, and we are now busily allaying concerns about a ‘two-tier’ Commission. We are assured that the final Commission membership will include trade unions and environmental groups, who lobbied for the body in the first place. The sooner this becomes clear, the better.

We are however strongly welcoming of the Government’s support for a Just Transition Commission which we believe should endure well beyond its initial two years phase. In announcing its first three members in Poland today, Environment Secretary Roseanna Cunningham said “We are committed to achieving carbon neutrality while growing a sustainable economy that improves the opportunities, life chances and wellbeing of every citizen of Scotland, and I am absolutely determined that this will be done in a way that is socially inclusive.” These are important ambitions which the STUC can fully support. Achieving it will require a fundamental rethink of how such change can be delivered.

In the light of events in France, it has never been clearer that radical social and economic change, trade union and community organising, democratic ownership, and massive government intervention are all essential companions in the transition to a low carbon economy.

The cost of approaching climate transition without justice will be the failure of policy and a deepening environmental catastrophe. The World Health Organisation estimates that by 2030, climate change will cause 250,000 additional deaths per year, due to malnutrition, malaria, diarrhea and heat stress. But the cost could also be the rise of the far right. Donald Trump was quick to try to connect with Gilets Jaunes, tweeting that the French had come around to his skepticism about the Paris climate change agreement and the cost of fighting global warming.

Trump would do well to note though that the Gilets Jaunes are much more than a bunch of fuel protestors. Indeed, had they been, Macron’s decision to scrap the tax on fuel should have seen the disintegration of the movement. That this has not yet taken place, suggests that the movement addresses itself to much wider and deeper economic social issues.

Writing in the Jacobin Magazine, Auriele Dianara, describes the aims of the Gilets Jaunes thus: “The main proposals formulated thus far are a general decrease in taxation and the creation of a “citizen’s assembly” to discuss the ecological transition, respect for citizens’ voices, the increase in purchasing power, and renewed value being attributed to labor. The assembly would also discuss such diverse measures as a ban on glyphosphate, the marketing of biofuels, the abolition of the senate, the organization of frequent local and national-level referenda, the increase in subsidies for the creation of jobs (and not precarious ones), respect for gender parity and equal treatment, an increase in the minimum wage, and the cutting of employers’ social contributions.”

This is hardly, of itself, a coherent manifesto, but it is sufficient to banish any suggestion that the Gilets Jaunes is a movement of the far right and that energy prices and taxes are the sole driver for the upsurge in activity.

Yet, although energy and climate change are not the sole driver for the movement, it is likely that the issues of Just Transition to a low carbon society will continue to be a major source of dislocation between the elite centre of politics and citizens and workers. This is true for France but also an issue across Europe and beyond.

Macron’s mission is to socially and economically transform France. He is doing this through tax cuts for the rich, attacks on workers’ rights, welfare and pension cuts. This transformation is being resisted by organised formations such as the French trade unions but the protest has now spread and is sending panic through the French political system.

In a speech described by the Guardian as a “rare display of humility and deliberate empathy with the anger among voters living outside of France’s big cities, Macron conceded that he must avoid a “two-speed France” emerging, where workers in outer-urban areas felt left behind. However it is highly unlikely that he will rise to this challenge. Indeed much of the centrist elite has attempted to attack the Gilets Jaunes. In a recent article ”Chaque personne qui insultait un gilet jaune insultait mon père” author Edouard Louis excoriates the media attempts to smear the participants as “country bumpkins” or stupid opponents of progress.

At the same time as denigrating the Gilets Jaunes, the same elite are scrabbling around for policies which will pacify the movement. This will not be possible whilst the elite moralises about the climate and business continues to make huge profits, meanwhile leaving the clean-up to the workers. It is simply wrong to categorise the protestors as not caring about climate change. What they care about is the rich getting richer, major companies paying little in tax, while workers and citizens bear the brunt of transition.

These events might seem some way removed from the announcement of the Scottish Just Transition Commission. However (as was recognised by the Scottish Parliament Energy and Climate Change Committee when I gave evidence to it recently) the question of ‘taking people with us’ is key. And taking people with us has to mean far more than finding a few policies to pacify the masses.

Workers’ experiences of previous industrial ‘transitions’ has not been good. In the 1980s, the closing of the pits, immiseration of heavy industry, privatisation of key utilities, all led to the loss of quality jobs and the destruction of communities. The current transition to the ‘knowledge economy’ has been partnered with a rise of low wage, precarious jobs. Automation has too often been a driver for poorer quality work rather than the improvement of working conditions and the paid reduction of the working week.

The energy transition thus far has seen thousands of high quality jobs destroyed and far too few created. The biggest single contributor to Scotland’s most recent emissions reduction was the closure of the coal-fired power station at Longannet. Decently paid, unionised jobs are being lost and not replaced. Emission cuts of 69% from energy and 73% from waste contrast with reductions of 28% from agriculture, 21% from residential, and just 3% from transport.

In addition much of these domestic emissions reductions, for example in agriculture, have been offshored. While much is made of the targets in Scotland’s Climate Change Act, Scotland’s emissions associated with consumption (e.g emissions generated at home and abroad in the production and transport of the goods and services that we consume) have only reduced by 8.6% between 1998 and 2014.

At the same time as this has happened energy prices have increased. Over 2.5 million people in the UK are in fuel poverty and we are financing new development through charges on energy bills which disproportionately impact on the least well off.

In Scotland the strong progress towards onshore and offshore wind generation has seen overseas competitors snap up contracts while workers such as those at Bi Fab are idle. The much heralded jobs bonanza has not occurred. Where jobs have been created they have too often been of lower quality than jobs lost and too often non-unionised.

How can Scotland’s Just Transition Commission make a positive impact?

The Just Transition Commission must have at its core, the purpose of an economic transformation which meets the aim of improving the opportunities, life chances and wellbeing of every citizen of Scotland. Its levers may be limited (with key powers being held at Westminster), but it will be in a position to make recommendations based on an analysis of the current failures of Just Transition as well as the role of key institutions such as the Scottish National Investment Bank and the planned publicly owned energy company. It can take a view about transport policy and infrastructure investment. It should assess the jobs impact of transition and have Fair Work (including the importance of collective bargaining) as a key indicator and driver of success.

Alongside this, trade unions will campaign for public ownership, of transport and the utilities, for increases in wages across all sectors of the economy and for a progressive and redistributive tax system. There will be no justice unless those who are responsible for emissions – namely multinationals and the better off in society who consume the most, are those who bear the brunt of the cost of transition.

The Scottish Government is right to point to the future opportunities that Just Transition can generate, but we will only get to that place if we find a way to start delivering justice now.

The STUC are members of the Just Transition Partnership between Trades Unions and environmentalists.