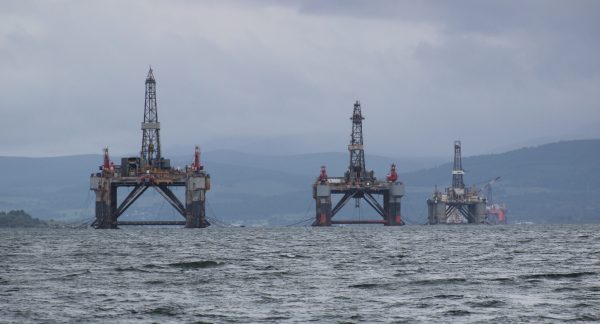 Trades unions activists and environmentalists came together for a conference on Just Transition in Glasgow on 13 December.

Pressure is on the Scottish Government to take a much more hands-on approach to both economic development and climate change plans. The idea of a Just Transition to a new, clean, more balanced and more just economy is bringing together trades unions and environmentalists in Scotland.

In a joint statement to the conference held in Glasgow on 13 December, Friends of the Earth Scotland and Scottish Trade Union Congress (STUC) shared the concern that plans so far have been too slow and not ambitious enough. This was supported also by WWF Scotland and the Unite, UNISON, PCS, UCATT, UCU and CWU unions. As the new Scottish Energy Strategy and Climate Change Plan are being drafted they will be pressing for bold measures which show that the Scottish Government is determined to make change happen.

The conference heard Stephen Boyd of the STUC set out the shortcomings of the approach taken over last decades. A plethora of bold ambitions and promises regarding job creation contrasts with failure to create any new manufacturing jobs in Scotland out of the renewables revolution. Local supply chains have not been developed and no Scottish-owned renewables businesses have been created. He said the roots of this problem lie in timid and inconsistent policy, lack of longterm finance and failure to ensure local ownership and control. He also said that civic society in Scotland lacks the resources necessary to engage on a level playing field and that the government should be willing to fund that engagement.
The contrast with the approaches of other European countries was brought home by Andy Cumbers and Julian Schwartzkopff of E3G who presented his study of how Germany had managed structural change in the Ruhr region with the engagement of trade unions. He emphasised the industrial consensus embodied in that country’s energiewende – the planned transition by Germany to an energy portfolio dominated by renewable energy, energy efficiency and sustainable development; and the eventual abolition of non-renewable energy sources.

Andy Cumbers has looked at both Denmark and Germany and concluded that long-term grassroots campaigning and diverse coalitions in support of energy transformation have been at the root of the changes in those countries. Consistent policy enabled the creation of local industries and employment. He believes that decentralised regional and local power has allowed space for collective participatory solutions. In contrast he saw over-centralised structures and strong vested interests blocking progress in the UK and Scotland.

The approach needed in Scotland should change – it should involve reforming finance which in the UK has historically failed to give long-term support for innovation and higher-risk projects, said Stephen Devlin of NEF.

Jackson Cullinane of UNITE emphasised that it should also involve looking at different models of ownership with the public sector taking the lead.

Samantha Smith of the ITUC encouraged Scotland to learn from the wide variety of initiatives being taken by unions around the world.

Philip Pearson of the Greener Jobs Alliance (and previously of the TUC) spoke about the investment needed to reduce emissions in our existing energy-intensive industries. This should be done with a view to protecting employment and involving employees in the process. Great damage had been done by political vacillation. Carbon Capture and Storage is a transitional solution, funding for which was cancelled for political expediency.

A different approach to industrial policy is needed to capture the economic and social benefits of the massive investments planned in decommissioning and of offshore wind, said Mika Minio-Palluelo. She advocated that the Scottish Government creates a public offshore wind company and use it to drive the development forwards.

Public investment should be channelled into key low-carbon infrastructure, said Robin Parker of WWF Scotland. In Scotland’s Way Ahead the Low Carbon Infrastructure Taskforce had selected energy efficiency, to stop money and carbon leaking from buildings, district heating and transportation as top priorities. The Climate Change Plan being drafted should be made into an industrial plan.

Cheryl Gedling of PCS emphasised the importance of involving trade union members in industrial transformation. Experiences of setting up workplace environmental representatives have shown that it helps green the workplace but they should be given facility time for this – something which the Scottish Government can act on straight away.

The conference was organised by Friends of the Earth Scotland as part of a partnership with the STUC and the New Economics Foundation. The joint statement challenges the ways in which economic development has been governed in Scotland and the UK, says the government should take a decisive lead with plans to transform key sectors, for example electricity generation, energy storage, transport infrastructure, energy efficiency and sustainable heating for homes and businesses. “Where necessary to secure change at sufficient pace and scale, options for public and community ownership or partial stakes in flagship projects and enterprises should be pursued.”

As Dr Richard Dixon, Director of Friends of the Earth Scotland commented, “We should be responding to climate change in ways which protect workers’ livelihoods, create a new industrial base and deliver a fairer Scotland as well as rapidly reduce our emissions. There will be hundreds of thousands of new jobs in a low-carbon economy.

“So far we have seen good growth in renewable electricity but progress on the transformation of other parts of our economy has been slow. The forthcoming Climate Change Plan will be key. We need ambitious policies for decarbonising transport and heating, for example, which will also provide decent jobs, cleaner streets and warmer homes.”

The partners have agreed to request a meeting with the Cabinet Secretary for the Economy, Jobs and Fair Work, and to ask other civic organisations to put their name to the joint statement. The Joint Statement can be read here. They will be taking the opportunities presented by the upcoming consultations on the Scottish Government’s Climate Change Plan and its Energy Strategy to press that the key changes to policy; and will be commissioning work to develop their ideas about a plan for a Just Transition Commission.