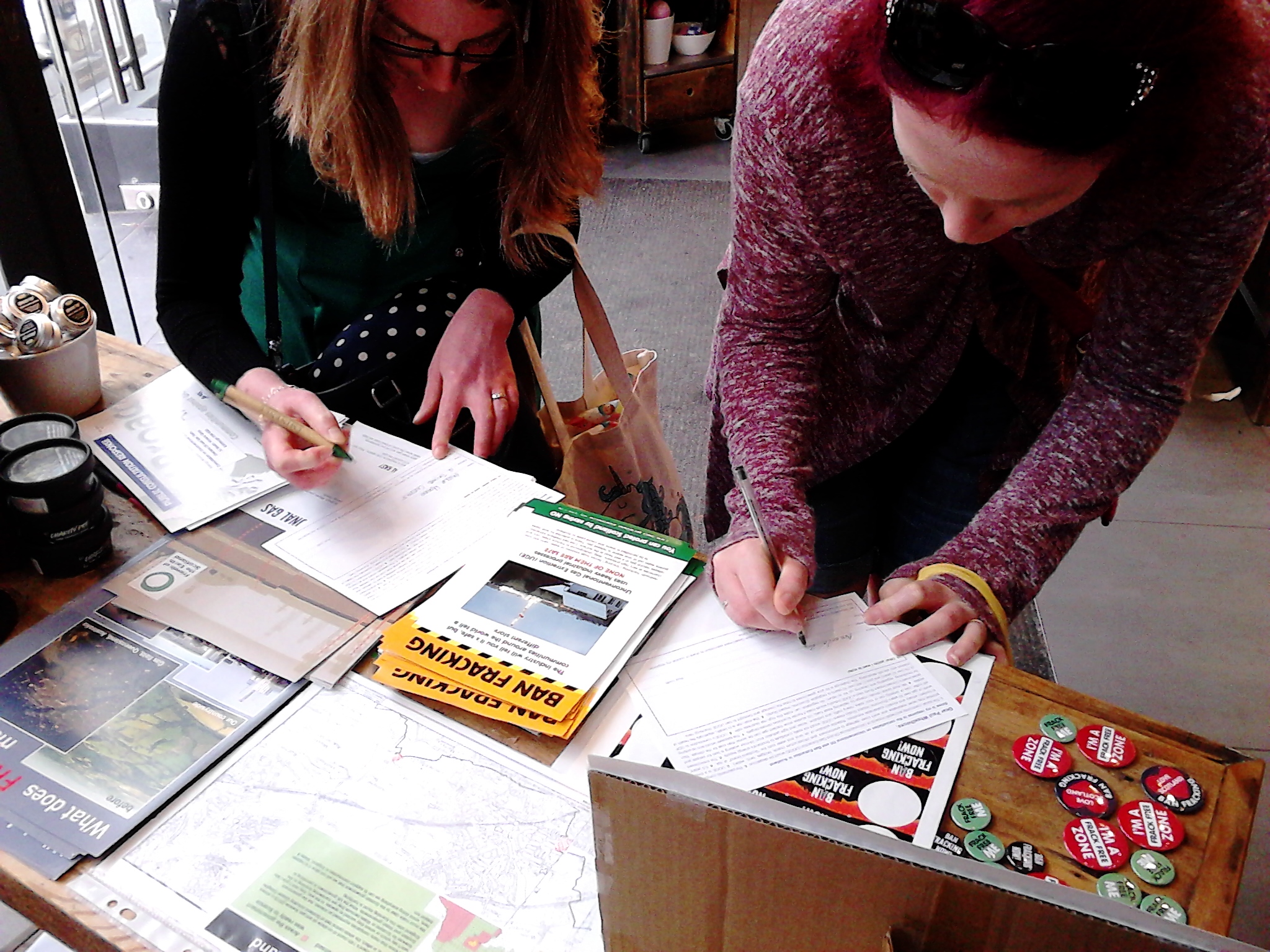 Skilling up to fight fracking

I joined the Frackwatch Glasgow group in April last year because I felt I had to do more to fight fracking. I have been an environmentalist all my life and fracking poses a threat to our world that must be resisted. Frackwatch Glasgow aims to keep our city frack-free, to campaign for a ban on fracking in Scotland and to oppose fracking anywhere.

Through Frackwatch I found out about the Friends of the Earth Scotland Fossil Free Organisers programme. I began this last autumn, obviously choosing to focus my energies on fighting fracking. With its air pollution and its methane emissions, this industry has the potential to hasten climate change and jeopardise our efforts to move towards a clean, fossil-free future.

The skills and confidence that I have gained through the FoES training and support have enabled me to to become a much more effective organizer. I attended two weekends of intensive groupwork which covered all aspects of how to build a strong campaign. This included how to recruit activists, how to become catalysts for change and how to reach out to the community.

At the heart of it all was being willing to take yourself outside of your comfort zones and grow as a person. I felt that I learnt just what I was needing to at this stage of my life – mostly better communication skills – and this has had an impact on everything that I am involved in.

Over the past year the main focus for Frackwatch has been to raise awareness about fracking and to press for a complete ban. The most concerted part of this campaign has been during the Scottish Government’s consultation on unconventional gas. Frackwatch successfully secured responses from thousands of people by holding events like film showings, live-streamed discussions, running street stalls and conducting group/community consultations. People welcomed our activities and were glad to have an opportunity to voice their opposition to fracking.

On Thursday 14th September, 12 noon, at Glasgow City Chambers,  Frackwatch Glasgow will hand in our 800-strong petition ‘Keep Glasgow a Frack-Free Zone’ to Glasgow City Council. Councillors from most of the main political parties will be there to accept it.

During the Scottish Government’s consultation, Frackwatch was also involved in Community Consultation events in Milton and Robroyston – the two areas within Glasgow’s boundaries which were already licensed for fracking. The outcome of those discussions was a resounding ‘No!’ to fracking in both these communities. In addition to the petition, we will give Councillors copies of the submissions to the Consultation from Milton and Robroyston.

We want to make sure that the new Glasgow City Council administration listens to the people of Glasgow, respects the will of communities like Milton and Robroyston and adopts the same opposition to fracking that was in place previously. We demand that they keep Glasgow frack-free and resist any attempts to weaken this position!

If you’re interested in stopping fracking in Glasgow and further afield, then join us for the petition hand in. Everyone is welcome.
Find out more on the Facebook Event