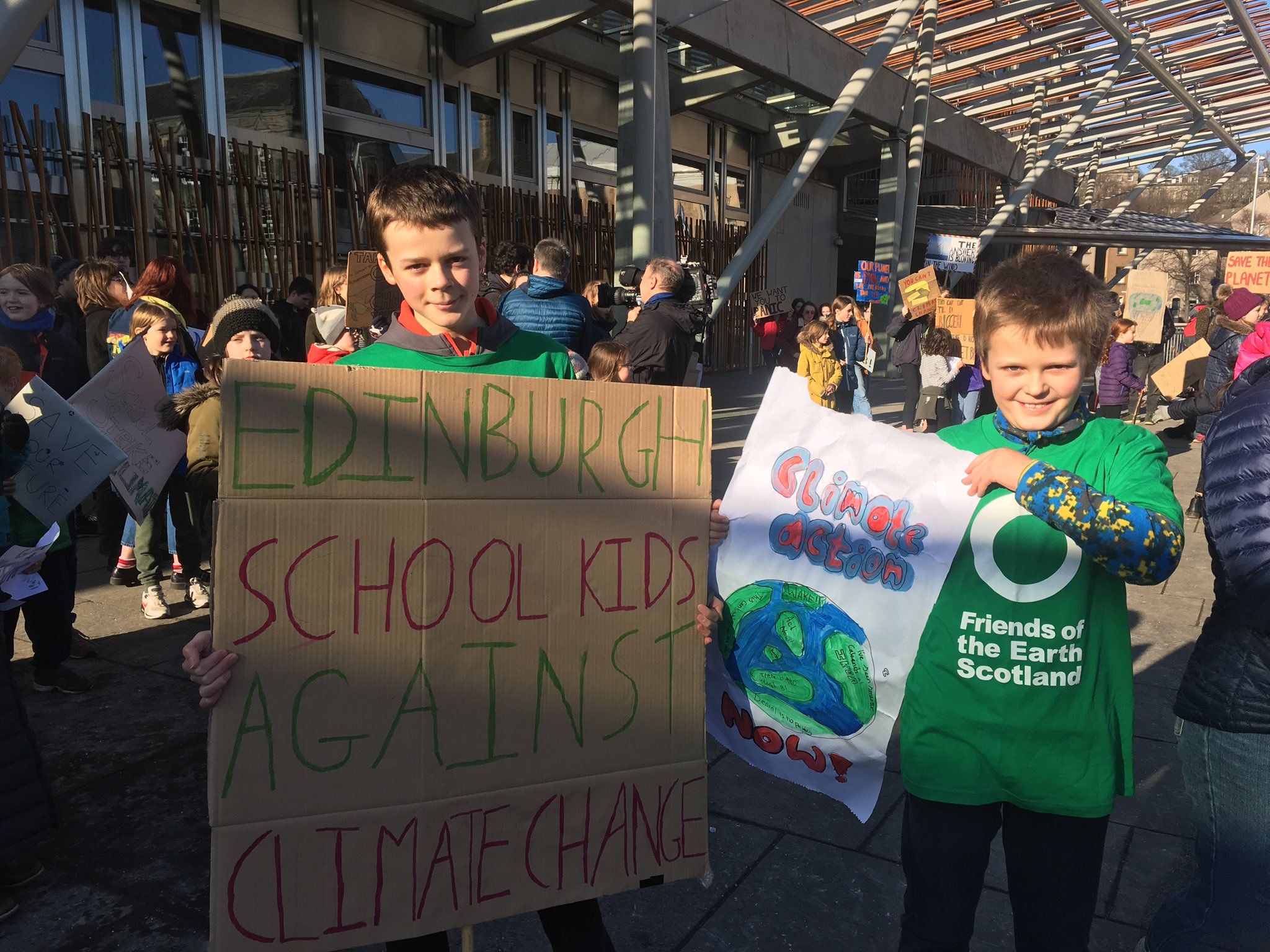 Hundreds of thousands of students and school pupils are expected to walk out of class today and take to the streets to demand serious action on climate change.

The wave began last night with thousands of students marching in Australia and New Zealand, and momentum will build as action sweeps across the globe today. Youth climate strikes are due to hit over 120 countries, from Antarctica to Nigeria, Nepal to Brazil.

Their demands are simple. That people in power take serious action on the climate crisis now to protect their future.

At Friends of the Earth we lend our full support to the students and will be standing with them today, but we also acknowledge that it shouldn’t have had to come to this. As we face climate breakdown, it is a shameful failure of governments that our children have to take to the streets to demand a safe future.

Reaction to the climate strikers

I’m sure we’ll see plenty of commentary about the strikes today – from comments about kids just skiving off double maths, to politicians tweeting their support. The former aren’t worth wasting our words on, but the latter deserve real scrutiny. Because support for the climate strikes must mean real action, not more empty words.

Edinburgh and Glasgow councils have authorised pupils to be out of school for the day to protest, a welcome move for sure, but together Lothian and Strathclyde councillors’ pension funds invest over £950 million in fossil fuel companies between them. They are literally banking their retirement funds on the breakdown of our climate.

And politicians who tweet that they support the youth need to listen to the demands of the youth strikers and use their power for real change, not just jump on a hashtag for a bit of self promotion. If they were tweeting their support for continued oil and gas extraction yesterday, they can’t claim to care about the kids and the climate crisis today.

What does political support for the climate strike really look like?

It looks like an immediate end to new fossil fuels.

Phasing out fossil fuels, and a just transition to a 100% renewable future.

Cutting emissions further and faster, taking action in the next 5-10 years and not passing the burden for action on the next generation.

It means listening to the people, and standing up to powerful corporations who continue to pollute for profit.

And remembering that this isn’t just about future generations. The lives of people in the global south today are already made harder by the impacts of climate change. Rich countries who have a history of contributing to climate change must step up and do their fair share.

The youth strikes are an inspiring, hopeful force that change is coming. But we can’t and shouldn’t leave it to them. We adults must support their strike, play our part in amplifying their message, taking it to those in power and pushing for real change.

We need urgent action to bring this fossil fuel age to an end. Our generation and our politicians will be judged on our actions, not our tweets.