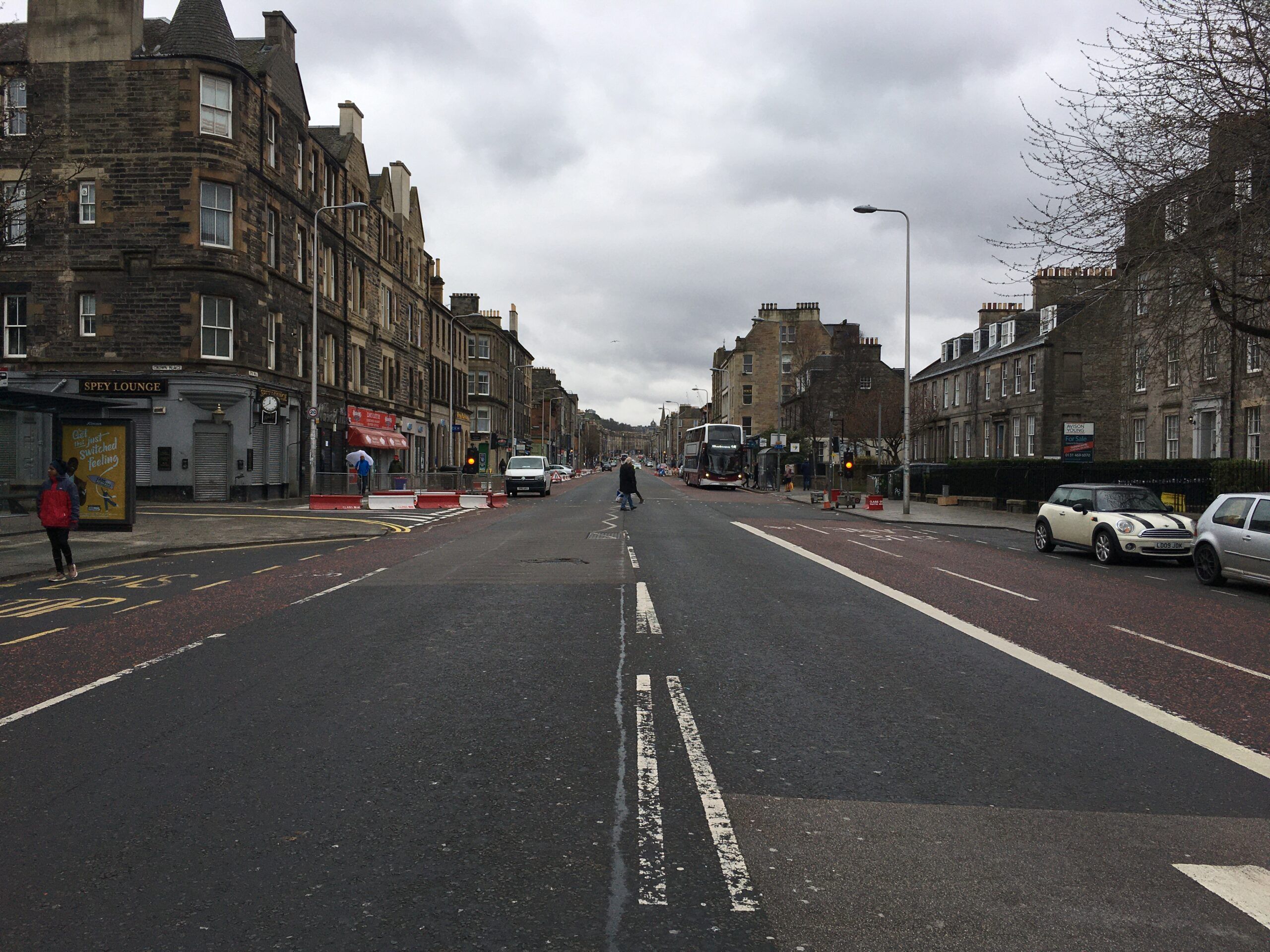 Tackling traffic can help take us where we need to go

The biggest sector of climate emissions in Scotland is the transport sector and within this cars are responsible for 40% of Scotland’s total transport emissions.

We already have a commitment to phase out the need for new petrol and diesel vehicle by 2030 but in December, the Scottish Government’s updated Climate Change Plan went further and committed to reduce car kilometres by 20% by 2030. This is an admirable target, which will help achieve ambitious carbon reduction targets as well as improving air quality and making our urban areas more pleasant places to be.

A plan to achieve this target is promised for later in 2021. It will need to show a big change of priorities because current plans still include spending £3bn dualling the A96 (and new roads generate new traffic).

So where are current car kilometres being driven? In 2018, 36 billion car-km were driven, highest number in the last decade. But it is not all about people driving along the M8 between Edinburgh and Glasgow or bombing up the A9 to Inverness from the central Belt. A third of car-km are driven on minor roads and nearly 40% are on non-motorway urban roads.

Past promises on traffic reductions

Of course we have had promises on reducing traffic levels before.

The UK Road Traffic Reduction Act 1997 obliged councils to report on traffic levels and set targets. It is hard to see that this led to any change. The next year another Act gave the UK Secretary of State the power to set national traffic reduction targets. They concluded it was all too difficult and never set any targets.

In 2002 Scotland’s Labour-LibDem coalition announced a target to stabilise traffic levels at 2001 levels by 2021. Although this commitment has been long forgotten it will almost certainly be met, but only because of the coronavirus restrictions. If times were normal, we would have seen traffic levels 15% higher than 2001.

This history of lack of ambition and failure underlines why the Scottish Government’s commitment is so ambitious. Indeed the Government’s official advisors, the Committee on Climate Change, say they do not know how to deliver it.

Will it actually happen this time? Not without some pressure, no doubt, but the signs are much better this time. Importantly, the commitment is not a stand alone, it is made in the Climate Change Plan, so failure on traffic reduction is directly failure on climate change, something no politician wants laid at their door.

The lockdowns have shown us that some people can do their jobs very effectively without travelling to an office (although for other people it has been a nightmare). The high-profile bankruptcies of high street chains has made people think about what our town centres might be like in the future and a government-convened working group has just recommended a tax on internet shopping to support our town centres, an out-of-town parking levy and a moratorium on out-of-town developments.

There is momentum behind some of these ideas already and together they could make Scotland a much more pleasant and low-carbon place.

Dr Richard Dixon is Director of Friends of the Earth Scotland. A version of this article was published in The Scotsman on Thurs 19 Feb 2021.