Home Blog The end of the age of coal

The end of the age of coal

With the announcement of the closure of Longannet power station we are probably already in the final year of coal power in Scotland, with the plant expected to stop generating in March next year. We should celebrate the end of the coal age in Scotland, which means an end to our largest source of climate...

With the announcement of the closure of Longannet power station we are probably already in the final year of coal power in Scotland, with the plant expected to stop generating in March next year. We should celebrate the end of the coal age in Scotland, which means an end to our largest source of climate emissions, our major contribution to acid rain in Scandinavia, importing coal from dodgy foreign mines and the smog that regularly blankets the Forth Valley.

Coal is the dirtiest of the fossil fuels when it comes to climate change emissions and Longannet has regularly been the largest single source of carbon emissions in Scotland, producing millions of tonnes of CO2 a year. 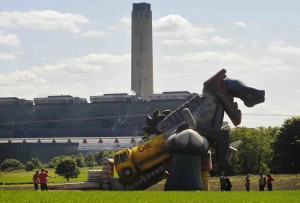 Longannet has been operating for more than 40 years, but it cannot meet modern pollution standards, so the plant was bound to close by 2020 at the latest. The only way it was going to hang on that long was if it was given a special status on the network as a backup plant, not running much but making sure voltages are stable and re-starting the grid after a major blackout.

National Grid had bids from Longannet, the gas-fired power station at Peterhead and a company called Tower Bridge Ventures who proposed to moor a series of ‘power ships’ around Scotland to supply electricity. Not surprisingly Scottish Power have been doing a lot of special pleading over the last few months.

Tower Bridge appear to be a bunch of accountants and ex-Admirals who don’t seem to have ever actually supplied any power to anybody, so we’re probably pretty lucky that the stability of Scotland’s electricity supply was not put in their hands.

National Grid instead chose Peterhead as the stop gap until new stability equipment and even stronger connections to England come on line in a few years.

There are 270 people employed at Longannet and Scottish Power has already said that many of the employees will be moved to other parts of the company. There will also be plenty of work decommissioning and demolishing what was Europe’s largest power station when it was built. But the real prize should be to be part of the clean energy transition that is already happening in Scotland, with jobs in fossil fuels transferring to the renewable energy industry.

In Germany the big energy companies were caught out by planning for the old ways of doing things, but with solar power starting to come in cheaper than coal they are mothballing fossil fuel power stations. With Scotland aiming for 100% of the electricity we use to come from renewables by 2020, and more and more communities creating their own renewable energy schemes, we are one of the leading nations in Europe for clean energy.

The Government needs to work with the unions, the power industry and the oil and gas sector to plan for the changes that are coming. To make sure that we manage a smooth transition from dirty energy jobs into clean energy jobs.

This article appeared in the National newspaper 24/3/15