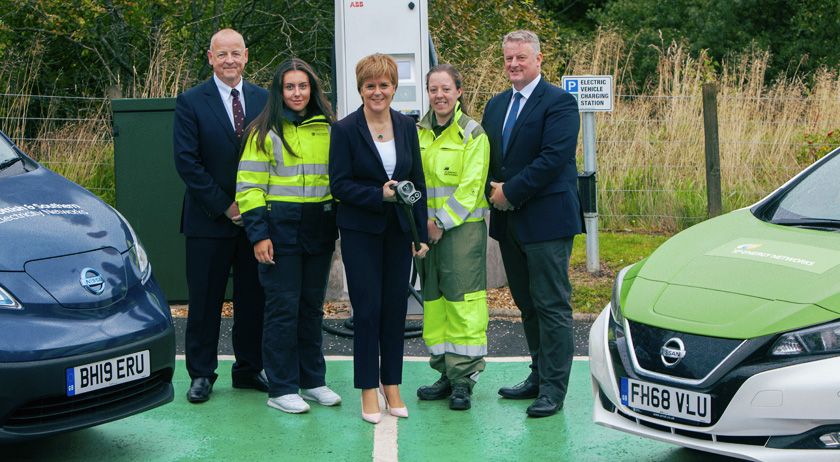 The next 5 years for Scotland’s environment

Now we know who the next government of Scotland are going to be, it’s time to have a good look at what the SNP manifesto promised on climate change and the environment.

Pandemic recovery is a top priority but the climate emergency has not gone away, indeed it continues to get worse, and the UN climate talks are coming to Glasgow this November.

The action Scotland takes over the next five years will set us firmly on the path to zero climate emissions, or they will delay the action we need and prolong our fossil fuel fixation.

There is to be a shake up of ministerial portfolios, so there will be a Cabinet Secretary for Net Zero, Energy and Transport, bringing together most of the big things that need to change if we are to reduce emissions. This is great if they spend their time really squeezing every last drop of carbon out of the Scottish economy, but there is also the danger that putting responsibility for climate change and the oil industry in the same brief will lead to delay and to greenwash about carbon capture.

There is to be a Minister for Just Transition. It might be that they also cover something else as well, but it is clearly a very good thing to have a Minister devoting all or most of their time to making sure workers and communities who currently depend on the fossil fuel industry have a bright future with zero-carbon industries. They could work for the new CabSec, but it probably makes more sense for them to work for the CabSec in charge of economic strategy.

Promises on homes, transport and energy

A vital area for reducing climate emissions (and improving people’s lives and creating jobs), is making people’s homes lower carbon and the SNP promised to spend £1.6bn over the next five years, on the path to a million zero-carbon homes by 2030. 50% of all energy is to come from renewables by that date, but disappointingly the SNP manifesto seems to abandon previous plans for a publicly-owned energy company in favour of an energy agency.

On transport, 10% of the transport capital budget will go on cycling and walking by the end of this Parliament, and there will be free bus travel for under-22s. A big promise is to remove the majority of fossil fuel buses from public transport by 2023. That’s at least 2000 diesel buses that will have to be replaced by electric or hydrogen buses.

There will also be re-opening of closed rail lines, a publicly-owned ScotRail and low-carbon trains. And they say they will explore taxing the most polluting planes more, but don’t acknowledge we need to stop flying from expanding and then reduce flying if we are serious about climate change.

The SNP promise 20-minute neighbourhoods – the excellent idea that you should be able to access the services you need for daily life, including access to public transport, within a 20 minute walk of your home.

On waste the SNP will revive the Circular Economy Bill that was shelved due to COVID and review the need for new incinerators.

There is much promised already but the scale of the climate emergency will demand even more of our politicians over the next five years.

Dr Richard Dixon is Director of Friends of the Earth Scotland. A version of this article appeared in The Scotsman on Thursday 13 May 2021.

Donate today to support our work with the new Parliament
This site uses cookies to store information on your computer. To find out how we use them please view our Privacy Policy.Accept AllNo Thanks
Manage consent