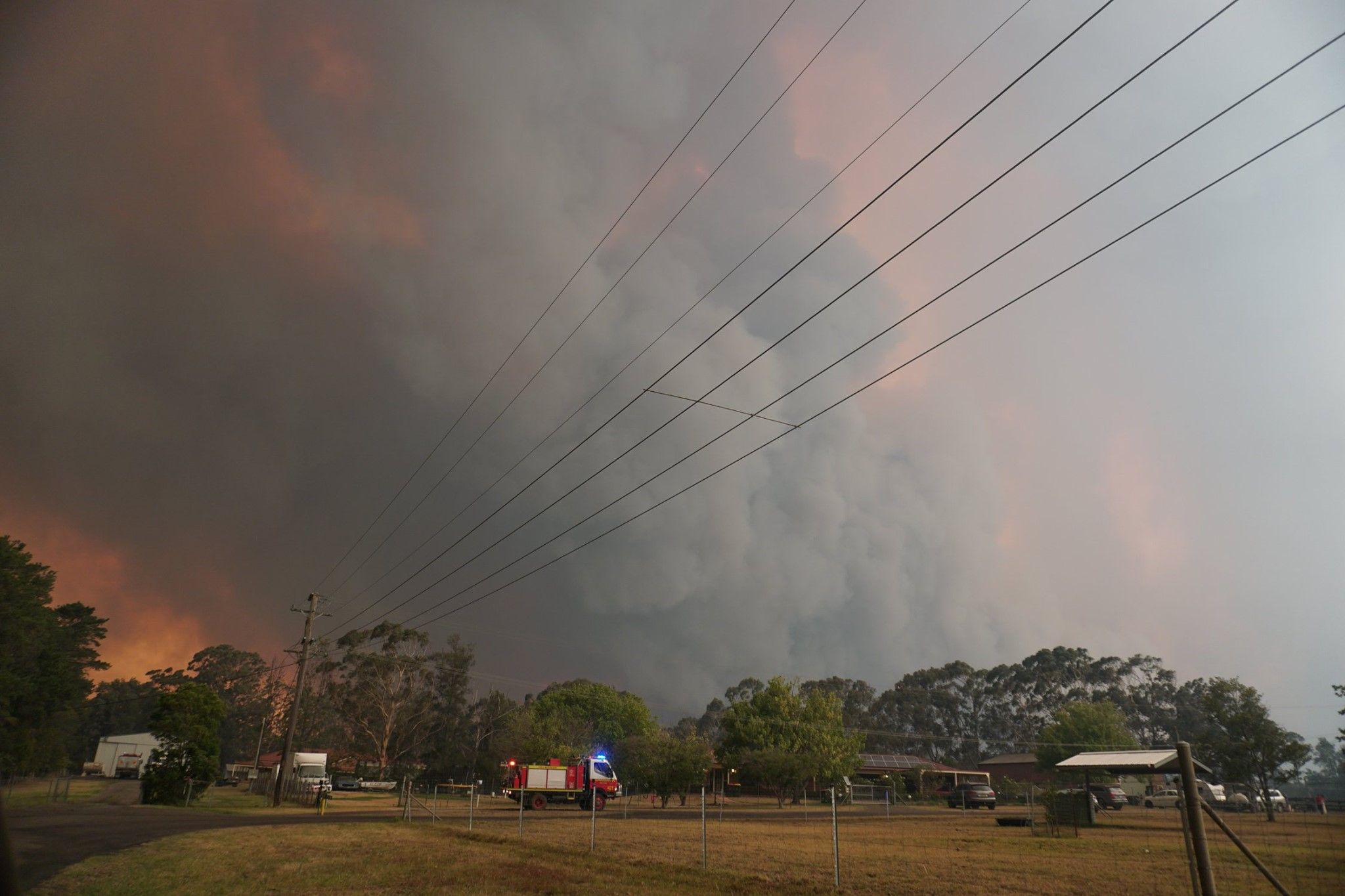 The Earth breathes. If you look at the main climate change gas, carbon dioxide, over the course of a year it is higher in the winter and early spring and lower in the summer and autumn, making a sinuous wave through time.

This is because there is more land, and therefore there are more trees, in the northern hemisphere, so in the northern spring there is a growth spurt which takes carbon dioxide out of the atmosphere, with most of it returning as the leaves fall and decompose later in the year.

Underneath this annual cycle the average level of carbon dioxide in the atmosphere is increasing year on year as we burn more fossil fuels and lose more forest, so the annual curve undulates but climbs ever upwards. The annual average measurement is now 50% higher than levels before the industrial revolution. That extra gas is what traps the Sun’s heat and has driven our planet to more than 1°C warmer than it should be.

Forests on fire are a double whammy for climate change. As the trees burn they release a short-term pulse of carbon dioxide to the atmosphere, accelerating climate change – the last thing we need. And, unless new vegetation and trees re-establish themselves strongly, they are not there to lock up future emissions as they grow.

Impact of the Australian bushfires

It will take decades for trees growing back to absorb this pulse of pollution but in many areas the new hotter, drier conditions in Australia mean that trees will not grow back as they were or even at all.

Those bushfires have now killed an estimated one billion wild animals, as well as millions of cattle and other livestock. The human death toll stands at nearly 30 and thousands of homes and businesses have been destroyed.

Dust from the fires has travelled 2,000 kilometre to turn the glaciers of New Zealand pink. Climate change means these glaciers are already melting but a nasty bit of feedback means the dust-darkening of their surface will make them melt even faster.

Of course the huge fires in Australia follow on from fires, the size of Belgium, in Siberia and in the Amazon last summer, and significant fires in Scandinavia and California the year before.

Australian Government’s denial of the evidence

Meanwhile the Australian government continues to play down the role of climate change in creating the conditions which have enabled the huge fires currently raging across large parts of the country, despite 2019 being the hottest and driest year ever recorded in Australia.

They continue to subsidise the fossil fuel industry to the tune of tens of billions of dollars. And they are also continuing to try get a loophole into international climate agreements that would mean they would not have to try too hard to meet any future target, since they are well off track to meeting the climate promises they made in 2015.

As the planet gasps, the recent spate of fires around the world are a warning of what may become the new normal, and they need to be the wake up call to act to avoid things getting considerably worse.

A version of this article appeared in The Scotsman on Tuesday 14 January 2020. Dr Richard Dixon is Director of Friends of the Earth Scotland.