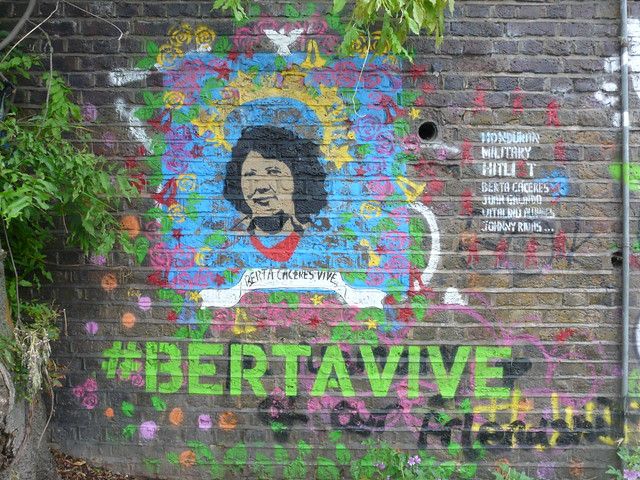 The price of protecting the environment

Last week I sent a letter to the Colombian Ambassador to the UK calling for an end to the violence against the indigenous and farmers movements which have been protesting for a month over land rights. Violence there has claimed 10 lives. This is just the latest example of persecution of people know as ‘environment defenders.’

Every week four people are killed defending their communities and environment, with 201 people reported killed in the most recent global audit, for 2017. In that year 46 people were killed protesting about agribusinesses, the first time this sector had overtaken mining protestor murders.

I get annoyed when the Scottish Government won’t do what I tell them on climate change, but in many countries around the world people are risking their lives to stop land grabs or environmental destruction by food companies, mining operations and energy giants.

I heard the personal story of Gustavo Castro from Friends of the Earth Mexico of the murder of Berta Cáceres from Honduras. Berta was the co-founder of COPINH, a network of people, including indigenous people, aiming to protect the environment of a region of western Honduras. Berta had been key in the successful campaign to block hydro dam development.

Gustavo was in Honduras to take part in a meeting with Berta and other members of COPINH in March 2016. He was at Berta’s home when armed men burst in and shot her. Gustavo was also shot and left for dead. He crawled into a van and hid for 12 hours before being found by the police. At first the police seemed to be trying to frame him and then, over the course of a week of sleep deprivation, he was repeatedly asked to identify a picture of some-one he knew had not been involved in the murder. Gustavo was the only witness to the murder but was not allowed to participate in the trial last year. Eventually seven men were convicted, including the communications manager for the hydro company and three serving and former army officers, although the people who ordered the murder remain free.

Some years ago I met Bisidi Yalolo who worked protecting wildlife, including the famous mountain gorillas, in the Virunga National Park in the Democratic Republic of Congo. He told me about life during the genocide in Rwanda and the DRC’s own troubles. Any time a truck full of men with guns showed up he had to guess which side they were on so he could decide which of his two passports to show them in order to minimise the chances of being shot. In 1996 his office was bombed and staff were killed. He walked 1,000 kilometres to reach safety in Kenya, returning to work when things quietened down.

Our Friends of the Earth international network runs a scheme to protect activists whose lives are in danger. People have been spirited away in the middle of the night to be smuggled across borders in the boot of a car, staying out of their own country until it seems safe to return.

With the advent of the climate school strikes, direct action from Extinction Rebellion and others, and the ongoing rallies, protests and photo-stunts from the established climate campaigns, we are seeing a growing clamour for more action on climate. Those of us taking part in climate action in Scotland can be thankful that, for us, the climate stakes are just as high but the personal risks much lower.

Dr Richard Dixon is Director of Friends of the Earth Scotland.
A version of this article appeared in The Scotsman on Tuesday 16th April.