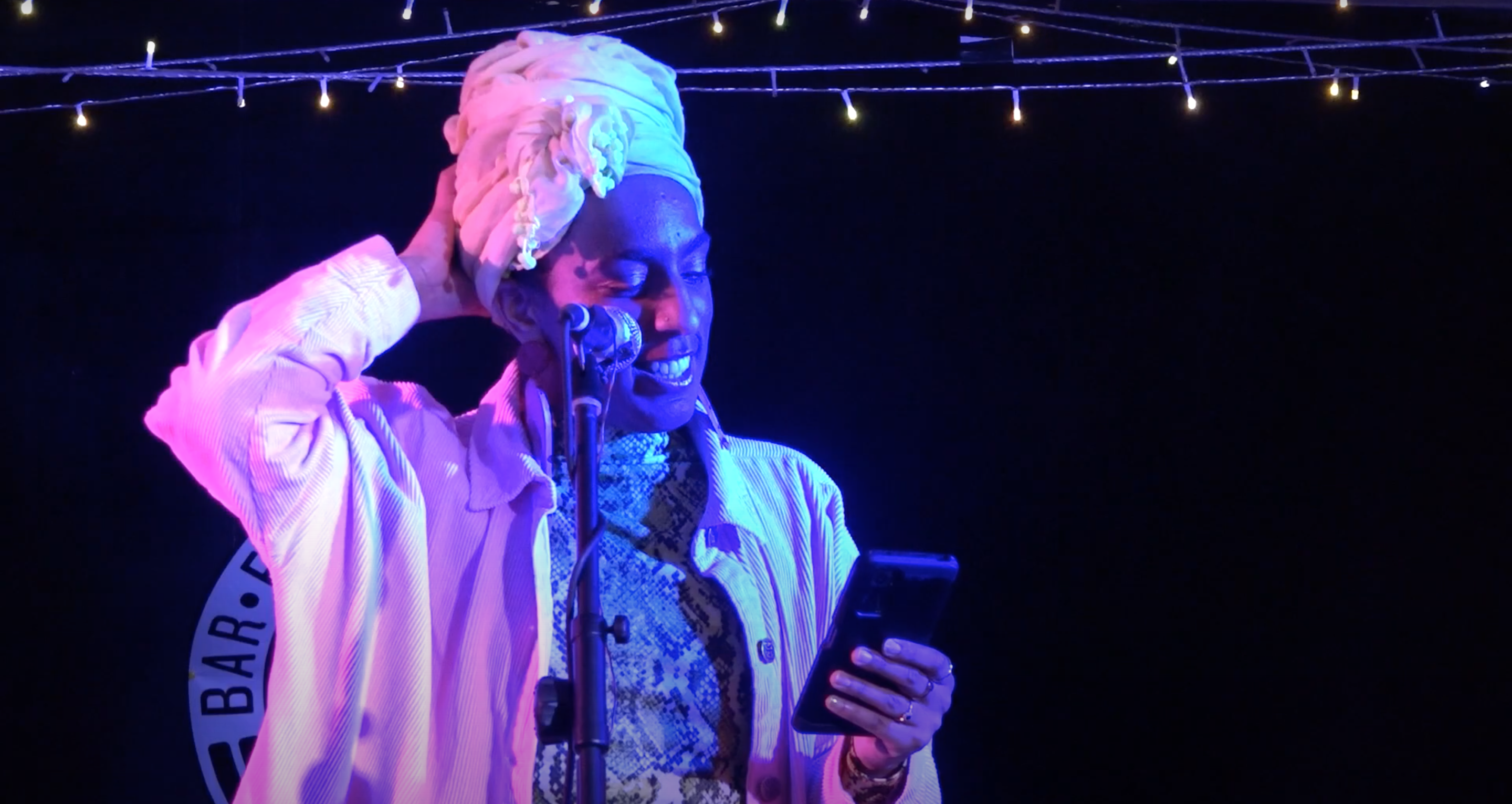 The role of art in energy transitions

If you’ve lived in Aberdeen for any period of time, you’ll be aware of how deeply embedded the oil industry is within city life. It not only provides jobs and livelihoods for thousands of people in this area, but its dominance also influences the city’s institutions like no other city in Scotland. From partnerships with Aberdeen City Council to longstanding links with academic institutions and funding for cultural institutions like Aberdeen Art Gallery, the oil industry is part of the social fabric of Aberdeen.

So it wasn’t surprising that I found conversations with people in the city about phasing out oil and gas can often be challenging.  When I began my role at Friends of the Earth Scotland as a just transition organiser in the North East, I began thinking of ways to open up conversations that try to overcome the defensive reactions that I’ve encountered when people suspect I’m one of those ‘climate activists who are coming for their jobs’.

How art can create change

Art has infinite possibilities. I’ve heard it described as the one thing that makes life worth living. I’ve an interest in how art influences (and is influenced by) the culture in which it belongs. This led me to listen to a podcast about the role of art in social change. One of the conclusions is that great art is often produced out of dire social circumstances, for example war or economic collapse – this art can reflect the times and may well be moody, dark and brilliant. But another conclusion of the podcast was that research showed that art associated and connected with social change often carries a hopeful message of a better tomorrow.

I began thinking how could I apply this insight to Aberdeen, where the future does feel f*cked, for both climate activists seeing oil supply vessels sail daily out of the harbour at a time of climate crisis, and for offshore workers who have felt the decline of pay and conditions in the last seven years while feeling the sharp end of declining public support and erosion of the social licence for their industry.

A friend of mine, Orla Kelly, runs a spoken word night in Aberdeen, so we got together to hatch a plan. We decided to run a poetry workshop in Torry, Aberdeen, asking people to respond to the question ‘How do we let go of the world of oil and all it represents?’.

We had a mix of people attending the workshop, including those from the local community, students, oil workers and people who were married to oil workers. People wrote and the work that was produced was performed at a spoken word night a few weeks later and called it ‘The Future is not F*cked’.

We filmed the night with the intention to simply record the performances which could then be shared to a wider audience, but it ended up being so powerful it sparked the idea to create a standalone film with the footage to reach more people. Over the next few months the filmmaker Sara Stroud began editing and creating a film that pieced together fragments of the performances from the night along with short interviews to tell a story of the oil industry through Sara’s own eyes, as somebody who was born in Aberdeen and grew up with it.

Opening up conversations about energy transition

A 20 minute film, also called The Future is Not F*cked, was created and it has now been shown to audiences in Aberdeen, Glasgow and Edinburgh. On each occasion it has been well received and prompted some interesting discussions within the audience. One of the Aberdeen screenings prompted some challenging and important discussions about gender inequalities and the form of masculinity that the industry is seen to give rise to by some. This session was attended by a mix of people from within and outside the industry, and there was a general sense of frustration aired towards the city’s post-oil future planning and how the transition is currently being led.

The Glasgow and Edinburgh screenings were combined with a screening of a film called ‘Offshore’ that was commissioned by our friends at Platform. Having seen both films together, a member of the Glasgow audience played around with the language of ‘decommissioning’ of the industry and pondered how one goes about ‘decommissioning the culture of a city’ away from oil.

So while the film may not necessarily be pivotal in bringing about the change and transition away from oil and gas that we so desperately need, it’s been fantastic to see how it’s brought people from different perspectives to a place, to be challenged, but also to allow responses to be heard and bring dialogue and learning between people that may not have otherwise happened.

We are planning future screenings of the film over the coming months in the North East of Scotland, so please keep an eye on our events page. If you’re interested in hosting a screening for your organisation or community group, then please contact me at sherrett@foe.scot

Upcoming events
This site uses cookies to store information on your computer. To find out how we use them please view our Privacy Policy.Accept AllNo Thanks
Manage consent