The SNP conference – what REALLY happened on fracking ?

Oh dear.  When the fracking voting at the SNP conference was over I knew the media would have trouble explaining it.  But their early online stories have outdone themselves this time, producing headlines which are the opposite of what actually happened. 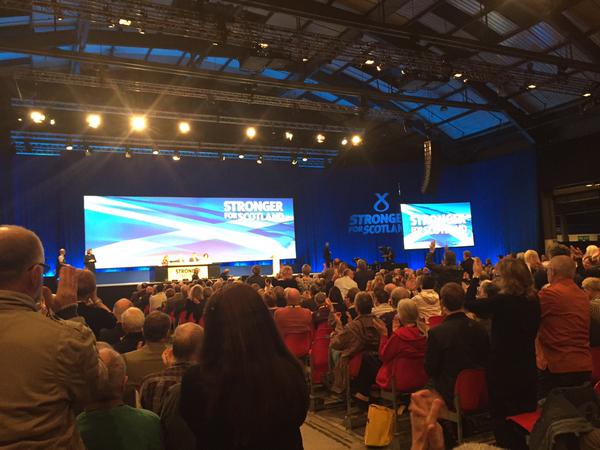 This example:  ‘SNP narrowly votes against all-out fracking ban’ suggests that there was a motion to ban fracking and the delegates voted against it.  Completely wrong.  There was a motion calling on the Scottish Government to consider having a moratorium on Underground Coal Gasification – something it did last week.  The many motions submitted which did call for a ban were not selected for debate and even the one that was was watered down before it got to the conference.

Some delegates proposed the ‘remit back’ where the motion is sent back to be improved.  They did this because they wanted a future vote on a motion for a full ban of all forms of unconventional fossil fuel extraction.  In fact every speaker in the debate, bar the one putting the government line, wanted a full ban as the party’s policy.

Speaker after speaker was cheered when they called for a full ban, there were even standing ovations.  If the motion on offer had been for a full ban it would clearly have sailed through.

What was defeated was the idea of sending the motion away for strengthening in some byzantine process from which it might never re-emerge.  Rejecting the ‘remit back’ was about making sure that a motion against unconventional fossil fuels was passed today, rather than waiting for a stronger motion at some theoretical point in the future.

So the headlines are bonkers – the SNP members in the room overwhelming want to ban fracking, underground coal gasification and all other forms of unconventional fossil fuels, what they did was reject an uncertain technicality not the idea of a full ban.

The SNP leadership will have no difficulty understanding what happened.  They know they have to come up with something much stronger for the spring conference and the Scottish Election manifesto or they will face a hugely embarrassing defeat at the hands of the grassroots.