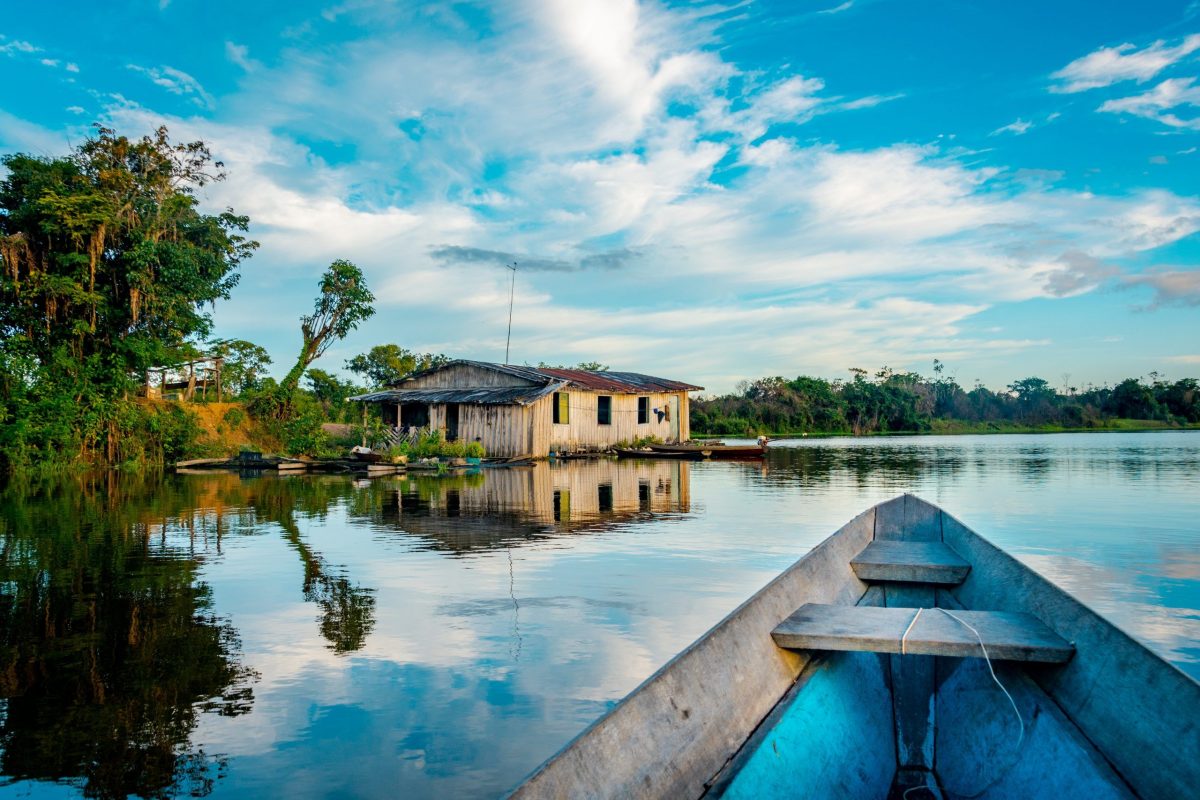 The Amazon rainforest is home to an amazing diversity of wildlife, more than 300 tribes of indigenous people and absorbs around 5% of the excess carbon emissions we humans put into the atmosphere every year.

I wrote in this column last year about the devastating fires in the Amazon and the complicity in setting them of the Brazilian government and their friends in cattle ranching and soya plantations. The COVID-19 pandemic has not just made the problems of deforestation worse, it has given the government new opportunities to behave even more badly.

Brazil’s Environment Minister, Ricardo Salles, was caught on a video of Cabinet meeting saying that the distraction of the COVID-19 pandemic gave the government the opportunity to ‘run the cattle herd’ through the Amazon by weakening environmental rules and standards. This includes a new proposed law to give land titles to farmers illegally occupying indigenous people’s land.

He specifically pointed out that the press are only talking about the pandemic at the moment, saying the government should act in this ‘moment of calm.’ Just a few days ago Brazil overtook Italy to become the country with the third highest death toll from the virus in the world. It is quite breathtaking cynicism from Salles to think this is a good time to metaphorically bury bad news as Brazil is literally burying more than a thousand COVID victims a day. Although bits of the UK government are clearly thinking exactly the same about the looming no-deal Brexit.

Last year 99% of all deforestation in Brazil was illegal, destroying 12,000 square kilometres of natural forest, most of it in the Amazon, a major increase on previous years. Far-right President Bolsonaro was elected on a promise to ‘develop the rainforest’ and he (and his backers) was happy to let last year’s fires burn, until international pressure forced him to send in the army to make some attempt at controlling the flames.

The pressures on people and wildlife in the Amazon are from the expansion of soya farming and livestock, illegal logging, mining, and roads and ports projects to transport the goods produced. A favourite tactic to clear the way for plantations and mines is to set fires, with the government trying to blame small farmers and even environmental groups for the fires.

Our sister organisation in Brazil works with local communities and indigenous people to help fight the destruction of the Amazon rainforest, and the political onslaught which is making that destruction ever easier.

Cases of COVID-19 are increasing rapidly among the area’s indigenous people despite some tribes trying to cut off all contact with the outside world.

The Bolsonaro government’s attitude has emboldened those who are trying to grab yet more land, with killings of indigenous people and community leaders on the rise. Land grabbers, miners and illegal loggers are not concerned about spreading of the virus and are perhaps even accelerating their activities as media attention is elsewhere and the government continues to weaken its own Amazon agencies.

The Amazon fire season usually peaks in July and the ground is unusually dry this year. Last year the smoke from the fires caused a big increase in people seeking medical help for breathing problems. The fires could peak just as COVID-19 might also be at its peak, bringing a nightmarish double impact to the peoples of the Amazon.

The Amazon is one of the natural jewels of our planet and contains indigenous people with unique cultures, but the twin threats of Brazil’s far-right government and the COVID-19 pandemic mean it has never been as at risk as it is today.

Dr Richard Dixon is Director of Friends of the Earth Scotland. A version of this article appeared in The Scotsman on Tuesday 9th June 2020.

If you want to learn more about what is happening in the Amazon, visit Friends of the Earth Brazil’s site where they have stories and videos in English

Learn more about threats to Amazon
This site uses cookies to store information on your computer. To find out how we use them please view our Privacy Policy.Accept AllNo Thanks
Manage consent