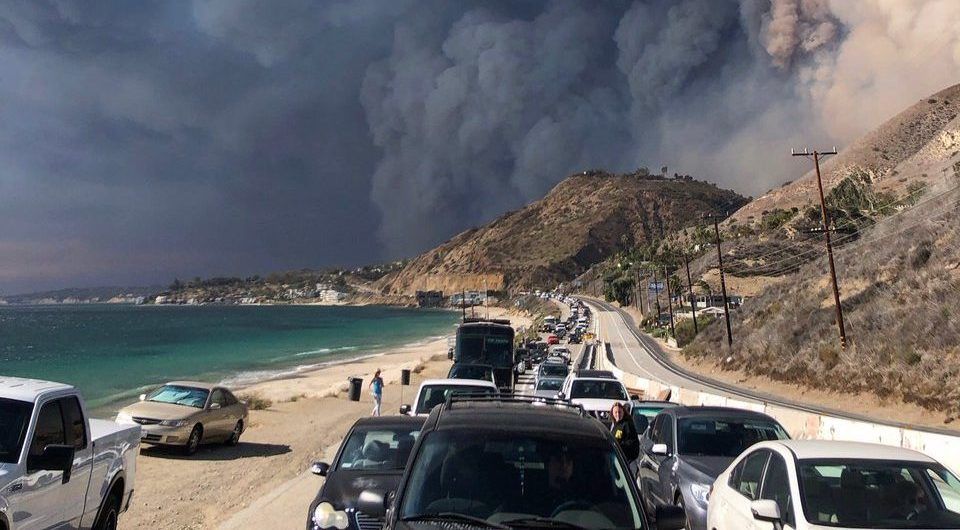 Trump’s hot air should not distract from California wildfire’s true cause: climate change

As wildfires claim lives and destroy homes in California, we must not let Trump distract us from delivering urgent climate action.

The scenes of wildfires blazing across California this week are shocking and saddening, and they bring home an uncomfortable truth – climate change is here.

This firenado was seen in Paradise, California, where 27,000 residents were told to evacuate as a massive wildfire spread.

For too long the warnings about dangerous weather events didn’t hit home and many people, many governments, felt climate change was something that wouldn’t affect them. It was a far off problem, something that might happen in the future, but wouldn’t visit their homes and lives.

Now, the impacts of climate change are clear. Of course there are other factors which lead to wildfires starting and spreading, but the trend for more frequent and more serious fires in California certainly has climate change to blame.

California has borne the brunt of changing weather patterns, with 10 of the past 15 years ranking amongst the hottest on record in the western US. Hotter summers and drier autumns provide the perfect conditions for wildfires to spread and wreak havoc.

Indeed California’s wildfire season was once limited to late summer and early autumn, but the fire risk is now warned to last all year. 15 of the 20 biggest fires have been since 2000.

But we know what we need to do and, despite Trump’s denial and his threat to pull the US out of the Paris Agreement, climate action is gaining momentum.

Across America cities, states, communities and businesses are moving away from fossil fuels and making the transition to renewable energy and cleaner transport. In New York mayor Bill de Blasio announced earlier this year that New York City will divest $5bn from fossil fuels, and the State will begin legal action against large fossil fuel companies responsible for much of the climate pollution including BP, Shell and Exxon Mobil.

Here in Scotland, with MSPs currently weighing up a new climate law, we need to ensure that law delivers the action urgently needed within the next decade to tackle climate change.

A version of this article appeared in The Scotsman on Tuesday 13 November 2018.