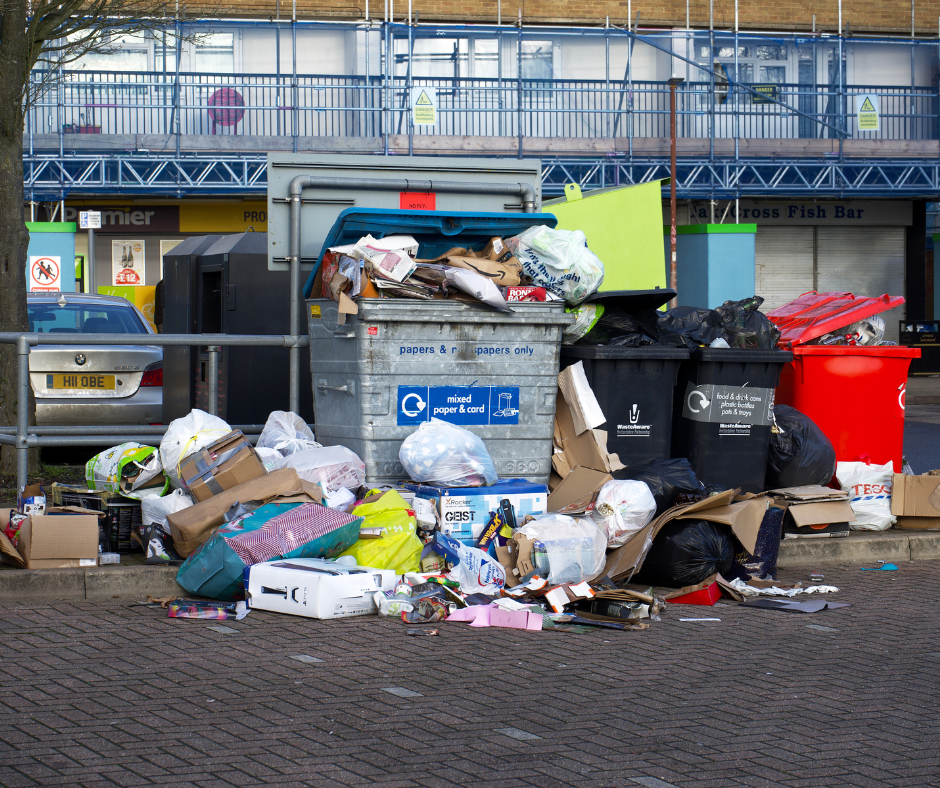 As Scotland starts to move towards a circular economy to tackle the impact of over-consumption on our planet, it’s more important than ever that we have a well-paid work force in a well-resourced waste and material management service. We fully support the current strikes by waste workers as an important part of fighting for this more sustainable and fair future.

Since Thursday 18 August, council waste workers have been on strike in Edinburgh after formally rejecting a 3.5% pay offer. Next week they’ll be joined by waste workers in 14 other councils in Scotland in a second wave of strikes.

The offer of 3.5% amounts to an unaffordable pay cut. It comes at the same time as UK inflation rates soar to record high levels of 10.4%, plunging ordinary people further into the cost of living crisis.

Waste workers, who pick up and manage our black bin waste and recycling, were praised as key workers during the pandemic and their role is essential to the smooth running of our society. They deserve a fair pay deal and a guarantee that their work will be safe.

How this will have an impact on future waste management

As well as a fair deal today, waste workers will need support and funding as their sector transforms to meet the Scottish Government’s environmental plans for the future.

The failure of the Scottish Government to meet its waste and recycling targets has prompted a national rethink about how our waste is managed. It is currently developing a ‘route map’ to transform Scotland’s waste management system.

A recent report from ReLondon found that the UK’s capital had a skills gap in its plans to develop a circular economy. The city will need an additional 284,000 jobs by 2030.

The workers who sit at the heart of this change must be involved from the very start of this transformation. The environmental benefits of moving to a circular economy cannot become reality if the need for fair and equitable social change is not also recognised as essential to our sustainable future.

As well as a fair pay deal today, Scotland’s waste workers deserve a say in the future of their sector. That should start with a meaningful plan, developed in collaboration with those who work in the industry, to transform the roles of workers in the sector fairly, to a circular economy.

Find a picket line near you
Join a trade union
This site uses cookies to store information on your computer. To find out how we use them please view our Privacy Policy.Accept AllNo Thanks
Manage consent