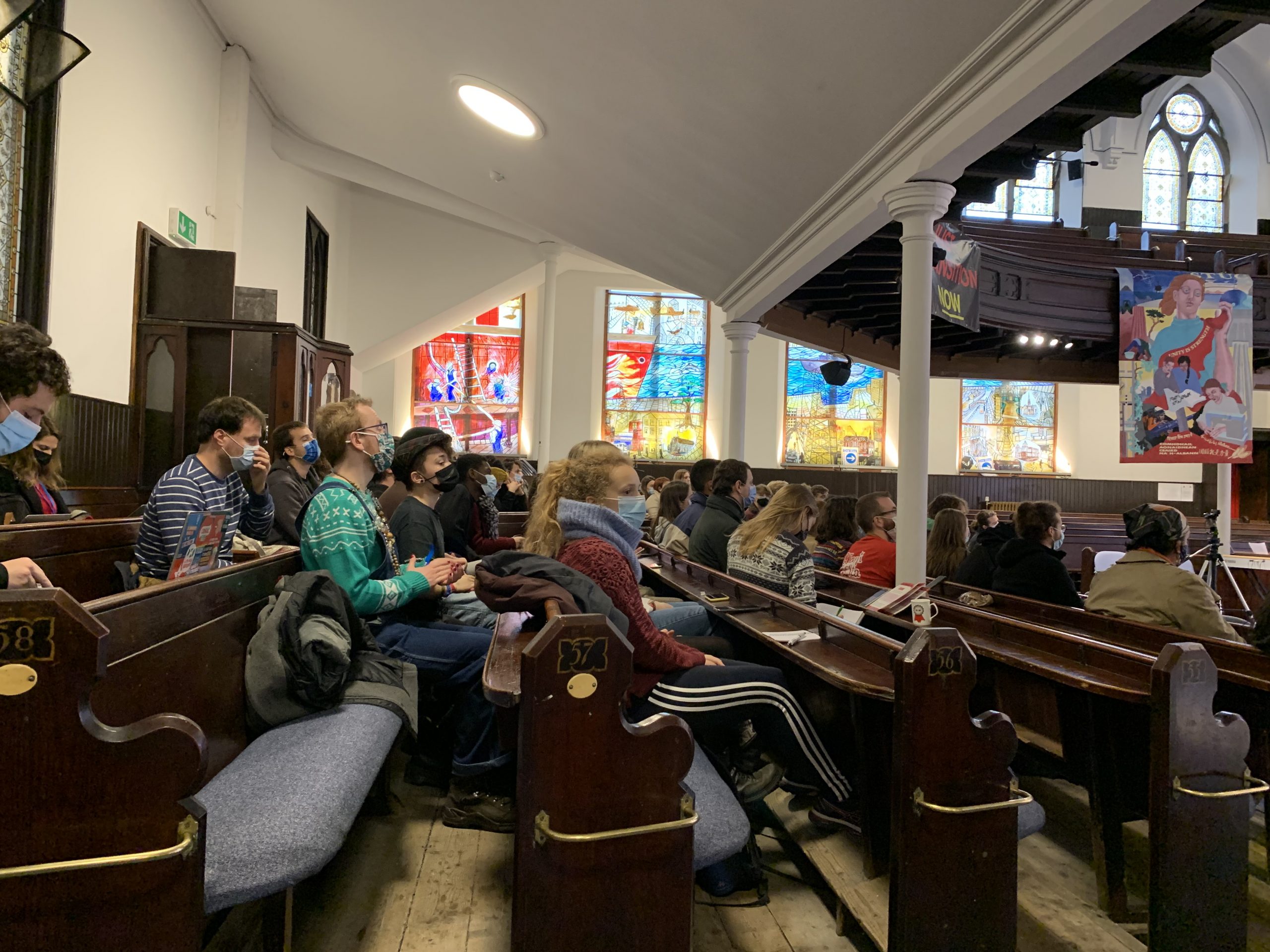 What happened at our COP26 Just Transition Hub?

During the UN Climate Conference in Glasgow in November 2021, the COP26 Coalition organised the alternative People’s Summit. This included thousands of hours worth of workshops, presentations, films and more from across the globe. The People’s Summit acted as the  alternative, people-led climate summit, totally distinguished from the closed door meeting of governments taking place at the same time.

As part of the People’s Summit, we (Friends of the Earth Scotland, Platform, STUC, War on Want, TUC and the Just Transition Partnership) organised the Just Transition Hub. A space for trade unionists, climate activists and others to come together to build our campaigns.

From contributions by Chilean just transition campaigners to those in the room joining from Belgium, remote presentations from Mozambique and practical skill sharing for people in Scotland – the Just Transition Hub covered a huge range of perspectives and priorities, with one clear focus; building the power we need to win.

For people in Scotland, the phrase Just Transition might be familiar, but all too often we have seen the term watered down from radical origins in the trade union movement in the 1970s. However, there is an important group of trade unionists, climate activists and others fighting for policies that tackle the climate crisis in a way that also tackles the control and greed of the rich and powerful, to build a more socially just future.

Our Hub brought these activists together across a programme of 10 in-person events in Govan (more on the Hub and connections with the history of Govan here) and 8 online for those joining from across the world. With a focus on power throughout the day, the programme of events covered 3 areas across the morning, midday and afternoon – global and domestic demands, live struggles across the world and building our power.

Laying out the foundation of just transition was our inspiring Opening Panel, with Roz Foyer (General Secretary of the STUC), Asad Rehman (Director of War on Want), Denise Christie (Scotland Secretary of the Fire Brigades Union), Dipti Bhatnager (Friends of the Earth International) and Sean Sweeney (Coordinator of Trade Unions for Energy Democracy). Each speaker laid out the way in which the climate crisis will affect the poorest within and between countries as well as why efforts to tackle this crisis must also end social inequalities and remove the gaps between the wealthiest across the world. 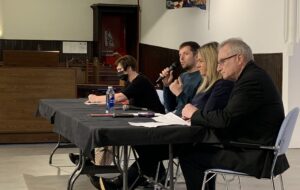 From there, and to demonstrate the number of people fighting for a just transition we heard from campaigners in the United States, Trinidad and Tobago, France and Chile about their demands and campaigns, how they are building with workers and communities to create an alternative vision for the future rooted in people and places rather than profit. Each of these sessions highlighted the flaws in the current neoliberal approach to tackling climate change, where reliance on markets has failed to deliver solutions and will continue to unless challenged by all of us.

To back this message up, we were then joined by a number of people who are fighting in their workplace or in their local community for a just transition. This included people in the UK, where workers are using their skills to create industry solutions to transition, including Frank Duffy at GKN Automotive who laid out how he and his fellow workers have built a transition plan for their workplace in Birmingham which is threatened with closure. Instead, workers at the site have presented a proposal to see them shift to manufacturing for essential green transport components, and are now fighting to see it realised.

Getting organised to win

In any discussion about power, it’s essential to talk about organising. Faced with governments that are failing and corporations with little interest in solutions for people and the planet, we must build our own power to challenge them and push them to move. Organising – finding people in our workplace or community, building demands and then fighting to make them a reality – is the key. It takes time and skills, but people are doing this everyday across our movement.

For those joining the Hub, our afternoons sessions attempted to build on these skills. There were examples of campaigns in the UK for home retrofits and public transport that people could get involved with right now, as well as sessions focused on getting the skills needed to organise in your workplace, whether it’s a traditional industry or part of the modern day gig economy.

A just transition is more than a term for a government to add to their press releases or shout about at climate conferences – it is a radical and rapid transformation of our societies away from our current ‘dig and gig’ economies towards a world that is fairer between and within countries, preventing climate breakdown and embedding the power of people instead of private interests.

We can win – but only by building our movements, connecting climate activists, trade unionists and community campaigners to create an unstoppable force for change. We must listen to one another, accept our disagreements and build on what unifies us – tackling the climate crisis is urgent and it must create a fairer world along with it to succeed. Our Just Transition Hub sought to do this for one day in Glasgow and online, from here we will continue and we hope you’ll join us.