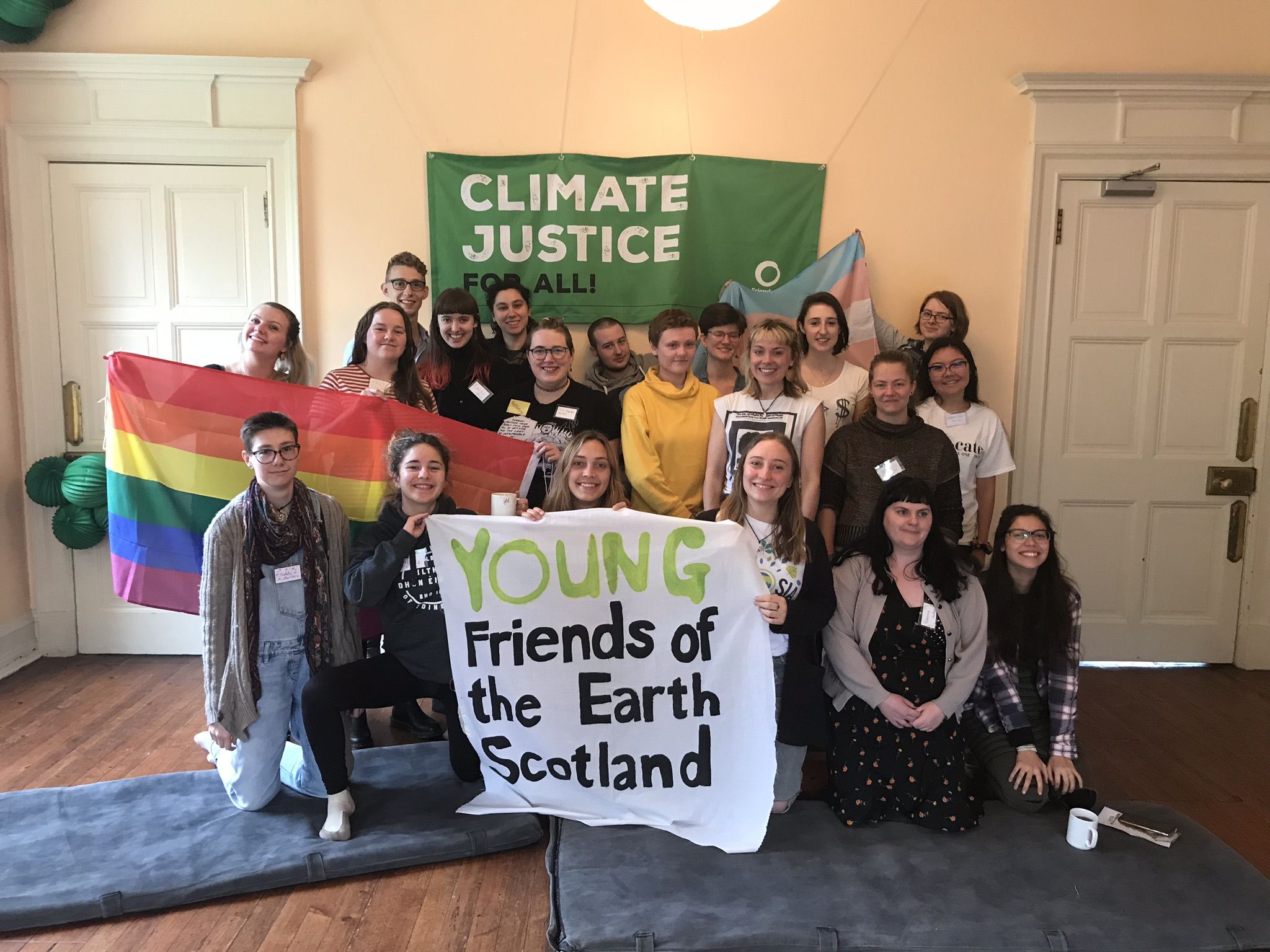 Why Climate Change is an LGBTQ+ Issue

February is LGBTQ+ History month. This is a time for thinking about our history, for coming together as a community, and for reflecting on where we are now.

The climate crisis is the biggest social issue of our time. We are young environmental activists, but for us climate activism is intertwined with our queer* identities. Here we’re going to explore why climate change is an LGBTQ+ issue.

Climate impacts on the already marginalised

The impacts of climate change disproportionately affect those who are already marginalised across the world, including LGBTQ+ people .

Marginalised people are more likely to live in areas at most risk of climate change, and are less likely to have access to resources or ability to relocate. Times of crisis can see us marginalised even further.

Trans people, especially trans people of colour, face heightened suffering at all stages of the natural disasters which are becoming more frequent in our changing climate. During Hurricane Katrina, trans people faced discrimination in emergency shelters, and some were even turned away. Over a decade later, the Black gay community of New Orleans has yet to fully recover.  Homeless people are particularly vulnerable to the erratic weather events brought by climate change. In the UK, 24% of homeless youth are LGBTQ+. In Kingston, Jamaica, many ostracised LGBTQ+ young people live in makeshift camps outside the city which can be flattened or flooded by hurricanes. LGBTQ+ are more likely to have trouble crossing borders to escape conflict and disaster.

The same colonising forces which brought environmental degradation and extractivism also repressed and attempted to wipe out the diversity of sexuality and gender in Indigenous communities across the world. The effects of this still linger in many countries in the Global South today.

Anti-capitalism has long been important to many in the fight for queer liberation. We recognise that capitalism rewards conformity and punishes diversity. It threatens diversity of gender and sexuality in the same way it threatens biodiversity in its quest for profit.

Fighting capitalism and colonialism, both present day and the legacy, is key to fighting climate change, but it’s also a key part of queer liberation. Our fights are inherently linked.

When it comes to the fight against climate change, the LGBTQ+ community has so much to offer. We have a history of fighting for survival. We are trained for this fight. We may not always be perfect, but our history shows we know how to struggle and win, we know how to build resilient communities and care for one another, and we know what solidarity looks like.

Our communities are already working out how to support each other and survive the effects of climate change. From sharing survival skills in preparation for disaster, to providing shelter in gay bars during natural disasters, to banding together to share generators and medical supplies, LGBTQ+ communities across the world are building resilience.

LGBTQ+ activists are also already mobilising their communities to fight for climate justice. For example, activists in Washington DC disrupted Capital Pride in 2017 to protest the influence of banks such as Wells Fargo who finance harmful projects such as the Dakota Access Pipeline. We have generations of activism and campaigning to draw on and lend to the fight against climate change.

All of these things are crucial to fighting and surviving the climate crisis. Having LGBTQ+ people and their skills in the climate movement can only strengthen it, and so many of us are already here.

A fight for collective liberation

Queer liberation is part of climate justice. Building solidarity between the LGBTQ+ movement and the climate movement has never been more important. Climate change intersects with all struggles. The more we recognise how many social issues are interlinked and begin to work together, the stronger our movements become.

So to straight cisgender climate activists we say – We’re here! So many of us are already in your movement, so make space for us (address issues of power and privilege, don’t assume identities, normalise use of pronouns and more), and appreciate what we bring.

To others in the LGBTQ+ community – the fight for the planet is our fight too, and we know when we come together we’re a force to be reckoned with.

*Queer is a reclaimed slur which some but not all people in the LGBTQIA+ community use. The writers of this article self-identify as queer.