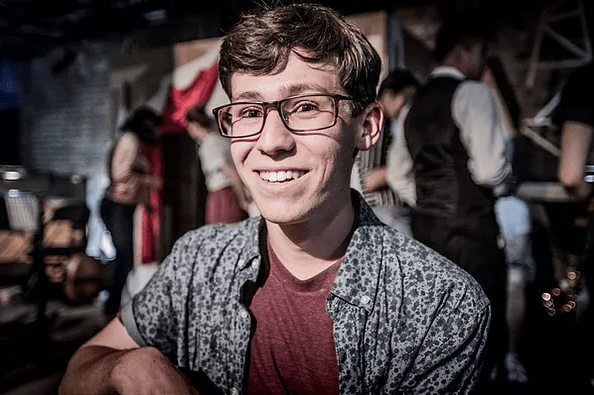 Home > Why did I become a divestment campaigner?
17th December 2020

I first started campaigning for fossil fuel divestment in 2015 and have become increasingly convinced by its importance as my involvement has increased.

Back then I was experiencing a classic case of ‘eco-stress’, obsessively policing the environmental impacts of my own lifestyle and judging others for not doing the same while binge-reading news articles about the huge environmental impacts of large businesses that made my own actions feel pointless. I attended a couple of protests but was frustrated by not being able to feel a tangible outcome from them. I felt disempowered.

Divestment campaigning was a way out of this mindset. What I love about the divestment movement is the clear lines of connection it draws between individuals and the institutions that we are part of, empowering us to make a bigger difference.

We are all represented by a local council and every local council in this country oversees large sums of money, some of which, unless they have taken deliberate steps to avoid it, will be invested in the fossil fuel industry. Because the councils are there to represent us, we suddenly as individuals have a way of having a tangible impact by getting them to shift millions of pounds away from fossil fuels and into climate solutions like renewable energy. The same is true of our universities, Trade Unions and religious institutions.

Getting involved with divestment campaigning made me feel more optimistic about our ability to produce meaningful change. Suddenly it felt like individuals really could make a difference, especially if we clubbed together to work together as groups.

Campaigning has helped me to meet all kinds of wonderful and interesting people and become part of a movement. It has also helped me to overcome my own prejudices. Four years ago, I had a rather fixed idea of what environmental activists were like and I didn’t identify with it. Making the move from consumer to campaigner just didn’t feel like something that was possible for me.

But once I made the leap, I found a lot of people who were simply there because they shared the same concerns as me. Activism no longer felt like an extreme position but just the most effective thing that I could do with my time.


I shouldn’t create a false impression, because it hasn’t all been fun and games. It can be hard going when faced with intransigent institutions that refuse to change their position. Sometimes we face heavy opposition and progress can be painfully slow.

But progress clearly is happening all the same. More and more institutions are adopting policies of divestment from fossil fuels and fossil fuel companies are recognising it as a threat to their profits. In the last few months we’ve seen divestment commitments from groups as diverse as New York State Pension Fund and Dundee University.

Even if it takes years, a small group of people getting an institution to move millions of pounds away from the problem and into the solution is a huge achievement well worth the effort. And when things aren’t going well there are always other people to rely on and turn to. It’s only been a few years but returning to the isolation I felt before getting involved with divestment already feels unthinkable.

Lewis Coenen-Rowe is a campaigner with activist group Divest Strathclyde

If you’re interested in learning more about getting active on climate campaigns, check out our new Introduction to Campaigning short course beginning in January 2021.  This will help you take your first steps, learn the basic and build skills alongside other people who want to get active.