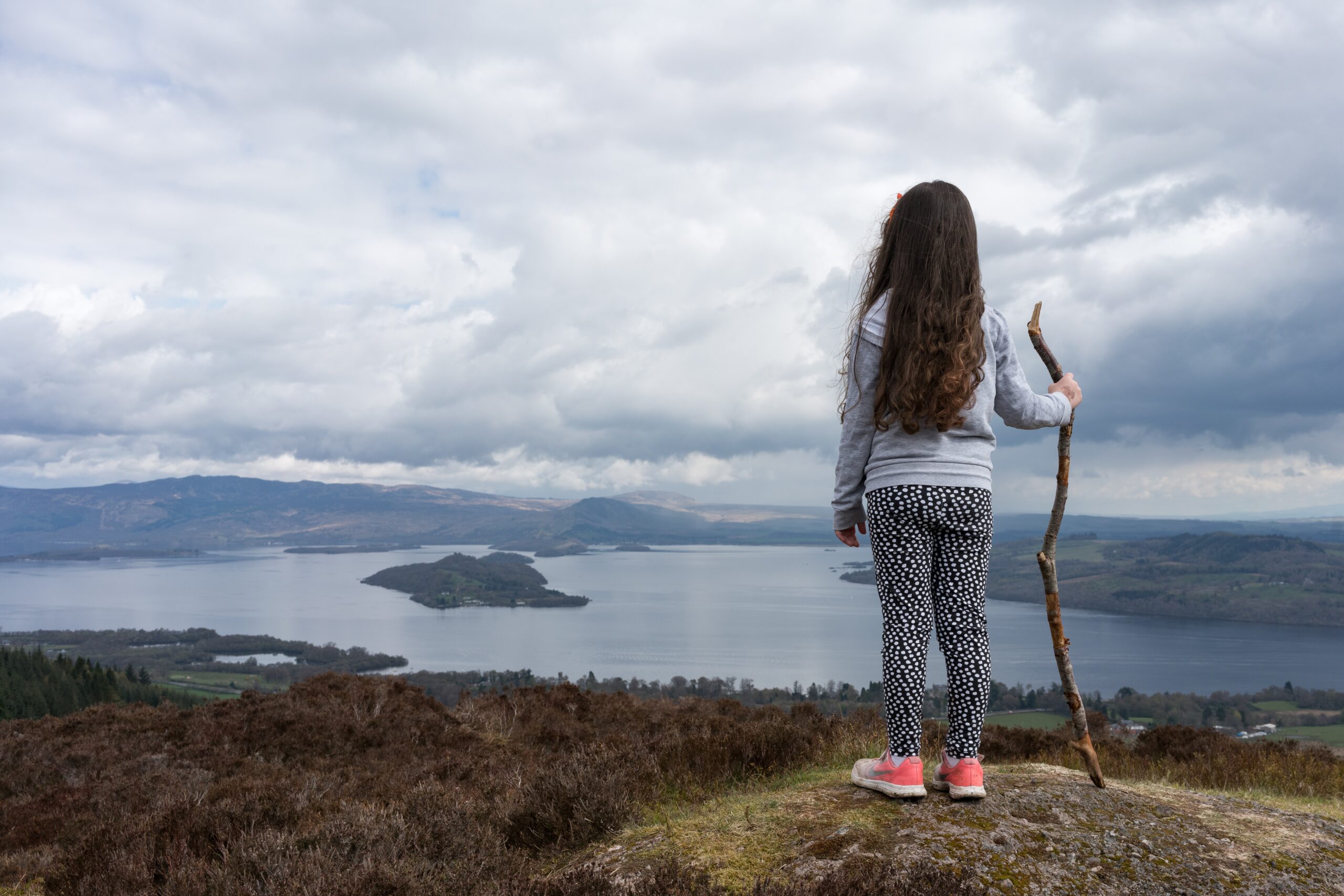 The following is an edited version of a speech by Mary Church at the official launch of the Environmental Rights Centre for Scotland in June 2021.

Scotland is a country famed for its beautiful landscapes, bleak mountains and lush greenery, plentiful and pure water. But it is also a country where the natural environment is being progressively degraded through for example unsustainable agriculture, fishery and forestry practices.

It’s a country of great inequality where far too many people suffer from the impacts of living in polluted environments, particularly those in poorer communities, and with insufficient infrastructure in place to enable people to live lower impact lives.

It is a country that has lived and continues to live far beyond its means, far beyond our fair share of the earths resources, both in terms of what we take and what we spew out – our over-use of non-renewable resources and the disproportionate pollution we create – which is directly linked to the suffering of even more people overseas, particularly in the global South, who are on the sharp end of the devastating environmental and wider human rights impacts of both climate change and of natural resource extractivism.

The need for an Environmental Rights Centre

As we start to reach and breach planetary limits, the impacts of problems like the climate crisis, biodiversity loss, toxic air and plastic pollution are becoming ever more immediate – the current covid-19 pandemic being a very obvious example – and finding solutions to tackle them, and holding those in power to account over doing so ever more pressing.

The law is one vital tool in doing just that. In recent years we’ve seen a proliferation of climate litigation for example, including the historic win for our sister group Friends of the Earth Netherlands last month against Shell, which saw the Dutch courts order the oil giant to more than double its climate emissions reduction targets and come up with a more concrete plan for meeting them.

Why are there so few environmental court cases in Scotland?

In large part this is because the Scottish legal system makes it extremely difficult for citizens and NGOs to hold government and private bodies to account over harm to the environment. Scotland has a distinct and separate legal system from the rest of the UK, which has lagged behind England and Wales in developing a public law culture that enables people and NGOs to access justice and pursue public interest litigation in general and specifically in relation to the environment.

Significant barriers in terms of cost, uncertainty (the ‘chilling effect’), and technicalities exist for professional NGOs as well as communities and individual citizens in terms of exercising legal rights.To illustrate this, we’re talking about facing costs in the region of 6 figures should you go to court over a public interest environmental issue and lose and of course the communities who suffer most from environmental pollution and degradation are least likely to have access to this kind of money.

Connected to this is the fact that people and communities struggle to identify their legal rights and how to exercise them. This is compounded by the fact that environmental NGOs in Scotland have very limited legal capacity, with in-house lawyers practically unheard of in the sector, quite unlike the situation south of the border.

Demonstrating the need for an ERCS

As part of the feasibility study for setting up the ERCS we collected 10 case studies – including communities blighted by opencast mining; landfill sites; incinerators; loss of greenbelt and public amenity; air and water pollution – demonstrating a breadth of issues relating to unenforced planning and environmental law, and the barriers people face in trying to access justice for their communities and the environment.

The case studies show just how uneven the playing field is when it comes to engaging in the planning system – the route by which people generally encounter environmental law – with the resources and experience developers and public bodies can rely on far outweighing what communities can hope to access. And all of these barriers are why the Scottish Government remains in breach of international law on procedural environmental rights, as well as on the substantive side of things.

A small number of eNGOs, individuals, communities and lawyers in Scotland however, have taken forward strategic legal challenges and / or public interest interventions in environmental cases, and an even smaller number of organisations have been for many years now advocating for legal reform in the areas of public participation in environmental decision making and access to justice.

Almost all of these organisations are behind this project whether through Scottish Environment LINK membership or more proactively, in the case of RSPB, Planning Democracy and Friends of the Earth Scotland, who have played a key role in getting the ERCS set up.

We’ve had some really important wins over the years including changing the law on who gets to take a case to court from an archaic test connected to private financial interest to a much improved public interest test of sufficient interest, and getting rules of court that limit liability for the other sides costs should you go to court and lose in a public interest environmental case. We have also – in both the rare wins and the more frequent loses – of the handful of environmental cases that have gone to court tested the law and exposed some of the absurdities in how it is applied.

But there is clearly still so much more to do, and returning to the theme of urgency in terms of our reaching and breaching of planetary limits, and with Brexit creating a governance gap, and risking the deterioration of environmental protections, time is of the essence, and we need an informed and engaged citizenry and we need every tool in the box if we are going to respond to the multiple interconnected crises we are facing, and the multiple interconnected injustices at the core of them.

What will the ERCS work on?

That’s why a handful of folks working on legal strategy within LINK decided that the best use of our limited capacity was to set up a new organisation that could champion and fight for environmental rights in Scotland.

The four key areas the ERCS is or will be working in are:

All of these strands of work are interconnected and mutually supportive.

ERCS is only one organisation and the law is only one tool, but as part of a wider and burgeoning environmental justice movement that understands that the multiple crises we are facing have at their core deep and long standing injustices, and the solution is to tackle these injustices head on and together, we can find a way forward out of the existential nightmare we are now in and build the world we know is possible.