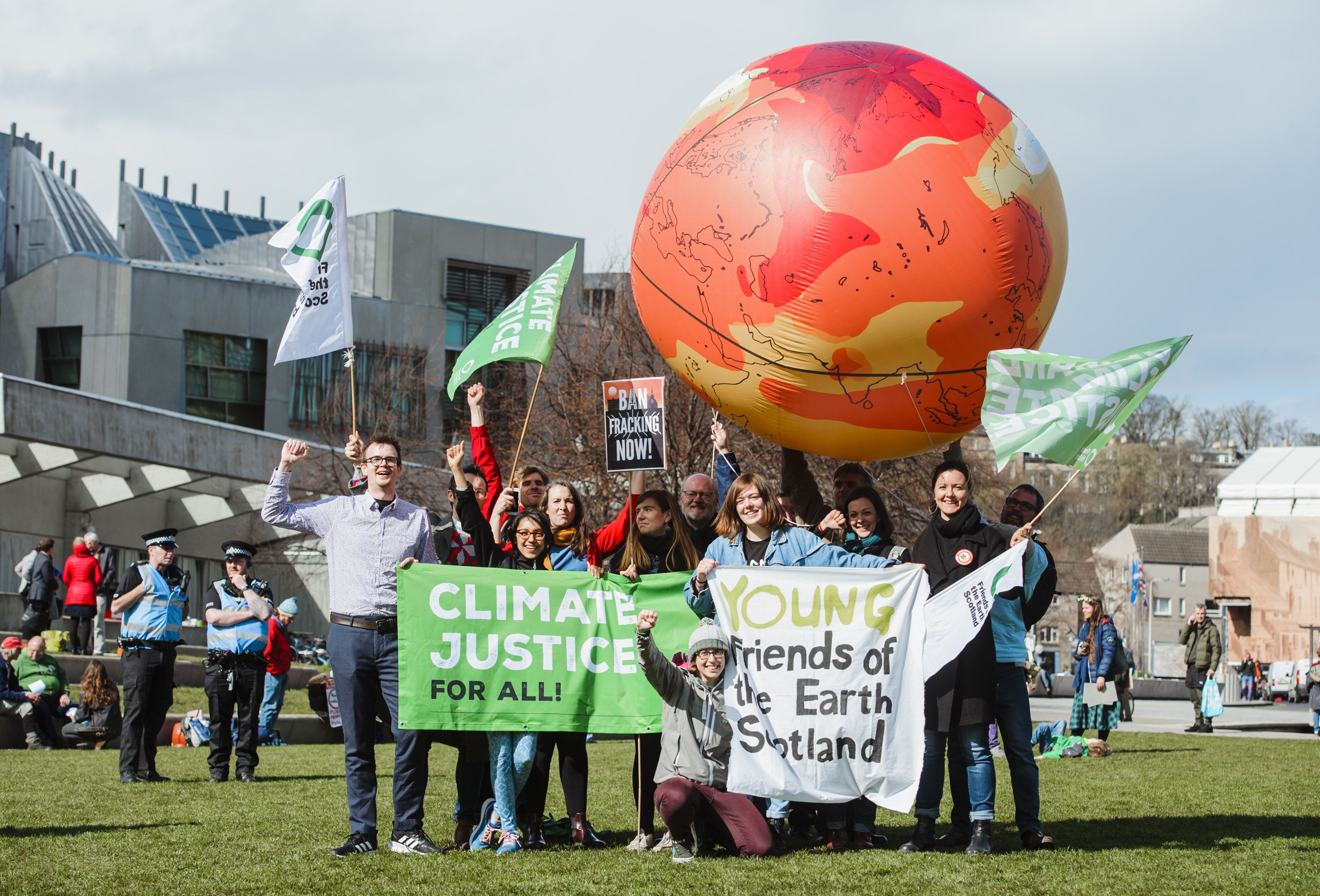 Why we’re supporting the Global Climate Strikes on 20th September

Millions of school children across the world have been walking out of lessons every Friday to strike for climate action. The children are marching for their future. On Friday 20th September, they’re asking adults to join them.

As a campaigning organisation, we understand the power of protest.

Friends of the Earth Scotland will be closing our office on Friday 20 September, and taking to the streets to join the climate strikers in demanding urgent action on the climate crisis.

While our staff will be participating on work time, we know that not everyone will be able to leave work and join the protests. If you can’t, why not speak to your colleagues about doing something to mark the moment – host a workplace lunchtime discussion, a banner drop from your building, or tweeting a photo from your workplace in support?

We know that the climate crisis is already harming the lives of millions of people around the world – particularly those who have done the least to contribute to the problem.

But all over the globe, people are rising up and showing the solutions. From communities fighting fracking in South Africa to coal mines in Indonesia, resisting oil drilling on Indigenous land in the Arctic and stopping gas pipelines in Europe, people power is leading the way, and winning. On 20th September, millions of people will be joining climate strikes around the world.

Here in Scotland, while the First Minister has declared a climate emergency we’re yet to see the necessary action in response. And the new Climate Change Bill, expected to go to final vote in the Scottish Parliament in September, currently fails to increase action or ambition in the crucial next decade.

We’ll be marching to demand a better climate bill, an end to fossil fuels, and a just transition to a fairer, zero carbon future for all.

FoES is fully committed to supporting the climate strikes. We hope that you will join us in taking action on Friday 20th September and help to make this the largest climate mobilisation ever seen in Scotland.

Find your nearest Climate Strike
Ideas for your workplace
This site uses cookies to store information on your computer. To find out how we use them please view our Privacy Policy.Accept AllNo Thanks
Manage consent