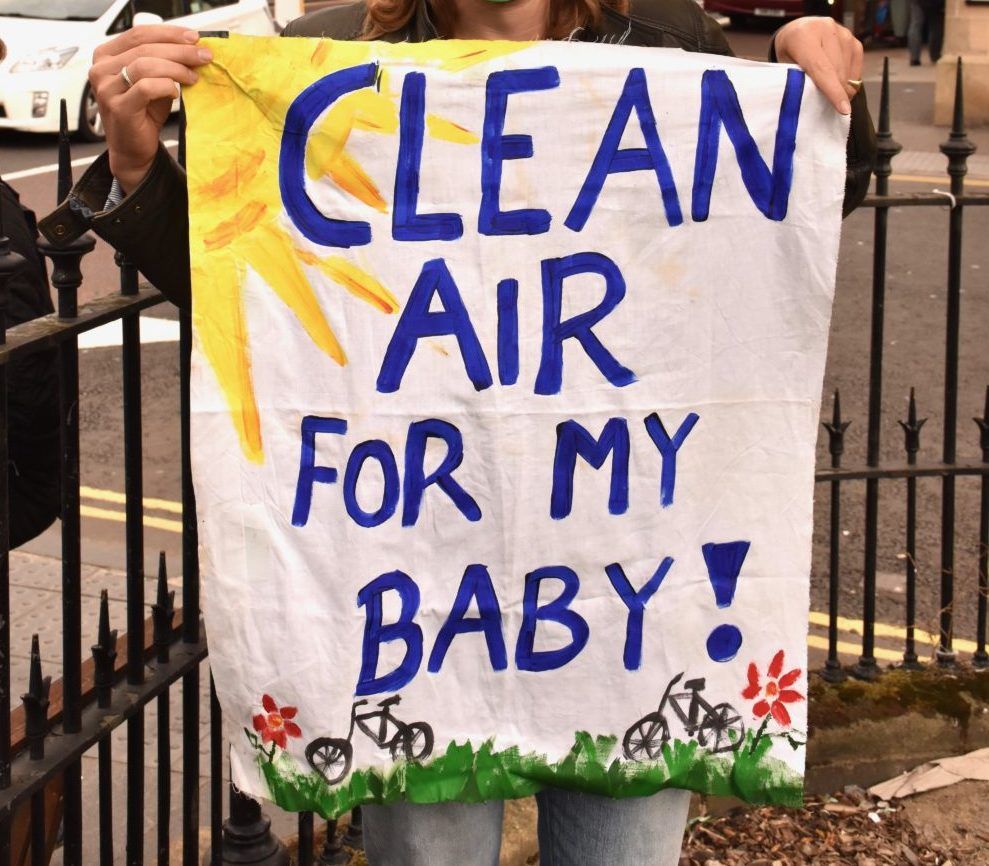 Workplace Parking levy could save lives and help climate fight

The Workplace Parking Levy should be welcomed by anyone who wants to make sure our air in towns and cities is safe to breathe. The costs to the NHS, and to everyone’s health, of the Government’s continued feet-dragging on air pollution are enormous. The Workplace Parking Levy (WPL), which Councils can choose to implement, can help raise revenue to plough back into public transport in the local area.

The powers around the levy should be as broad as possible to suit the local circumstances. This could mean that Councils can create tailored exemptions, for certain types of workers or in areas where public transport isn’t a feasible option yet. Councils should also listen to calls to extend the idea of the levy to out-of-town shopping centres or other non-residential premises.

If Scotland’s parking levy follows the successful example of Nottingham, it will only apply to businesses with more than 10 parking spaces. It has raised over £50 million so far that has been re-invested in a comprehensive tram network, a smart card scheme, and cycle infrastructure. It’s been a boost to the local economy aswell, with Nottingham outperforming other cities for job creation. Businesses have said the reduced congestion has made deliveries easier, and the tram network has made the city a better place to live, attracting highly-skilled workers.

Scotland has a public health crisis due to the air pollution that chokes our towns and cities. The vast majority of this toxic air comes from traffic, with pollution generally peaking with rush hour traffic. The WPL recognises the cost of that air pollution on wider society but cleverly puts the funds raised into providing better, cleaner transport alternatives for people.

Scarcely a week goes by without another shocking piece of research showing the damaging effects of vehicle-emission air pollution on our bodies. At levels seen on Scottish streets, pollution is linked to heart attacks and strokes, dementia, low birthweight and delayed development in babies whose mothers have been exposed.

The Levy will enable much-needed investment in public transport that can take hundreds of cars off the roads. This will reduce congestion, improve journey times for buses, and free up space for emergency vehicles and others who need to use the roads.

The UK has the highest incidence of childhood respiratory illness in Europe and record numbers of people died from asthma in England and Wales last year. Experts are pointing to toxic air pollution as a major factor in this mounting problem. Another study in Dundee last year linked spikes in local air pollution levels to increasing hospital admissions.

Almost one in three people in Scotland don’t have access to a car and we know that bus users are disproportionately lower paid workers or those seeking employment. Funding mechanisms like Workplace Parking Levies that improve the availability and accessibility of public transport will start to address the unfairness of our current transport system.

The other huge win from reducing traffic on our roads will be for our climate. Transport is the largest source of climate pollution in Scotland and has barely changed since 1990. If we want to meet our climate targets, we need to implement ideas like these which improve alternatives to the car.

The costs of driving a car has fallen over the past twenty years, while our understanding of the cost to wider society continues to grow. The WPL is a positive step in the right direction that could give more people the freedom to choose their mode of travel and enjoy their journey to work.

A version of this article appeared in The National on Thursday 7th Feb 2019.

If you’re keen to tackle pollution in your community, consider applying for our Campaign Organiser training programme.

Read our political briefing for more detail on the Levy