Young Friends of the Earth Europe have an annual summer camp which is a fantastic opportunity for campaigners aged 18-30 to get together for training and skill share sessions that help build their internal organisations and the European network as a whole. 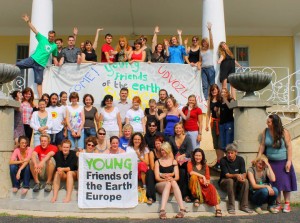 Three Young Friends of the Earthers, Natascha, Antony and myself travelled to the small and picturesque village of Ónod in the north east of Hungary to attend the camp.

The summer camp was very well supported by the Mayor of Ónod who is passionate about environmental issues and in particular climate change as the town of Ónod has recently been directly effected by floods attributed to climate change.  The Mayor could not do enough to help us – everything from making beds to giving us exclusive access to the Fortress, which was a stunning location for seminars, meetings and presentations. 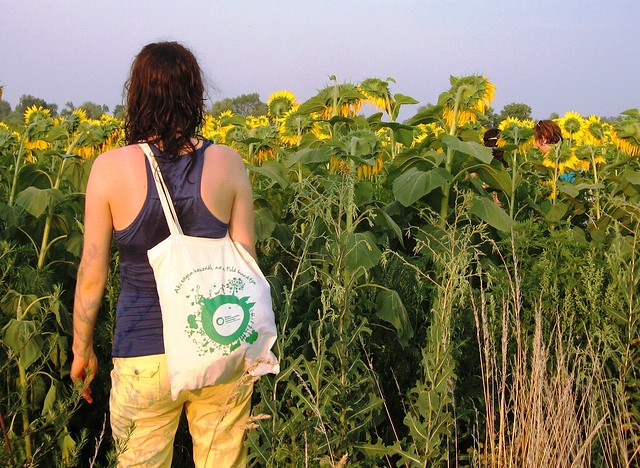 Our accommodation and general meeting space was within Ónods iskola (school).  We had full access to the building including a computer suit, gym, office and kitchen complete with wonderful kitchen staff, who prepared locally produced vegetarian and vegan delights.

The camp itself was attended by 50 participants from over 15 different countries (and two puppies).  We had a fantastic group of young campaigners all happy to share campaigning experiences and learn new skills.

As part of the organising team, I helped design and facilitate sessions and meetings, which for me was a great experience, unlike anything I have done before.

We had presentations from the Young Friends of the Earth Climate Justice and Food and Agriculture Working Groups which gave real insight into what we do at the European level, and allowed participants to see how the groups can support at the national level.

A significant portion of time was given for skill share; which allowed us to tap into the wealth of experience within participants in a less formal structure.  This allowed for different nations to get together and work on similar campaigns.

One Cent campaign.  Young Friends of the Earth Scotland are very pleased to announce that this will be the first campaign that we are running.  There will be more information in soon, but essentially, we aim to get Europe to up its ambition in tackling climate change by setting CO2 emission reduction targets to at least 30% by 2020.

For more information about Young Friends of the Earth Scotland, join our online community:

generic viagra
buy cialis brand
This site uses cookies to store information on your computer. To find out how we use them please view our Privacy Policy.Accept AllNo Thanks
Manage consent