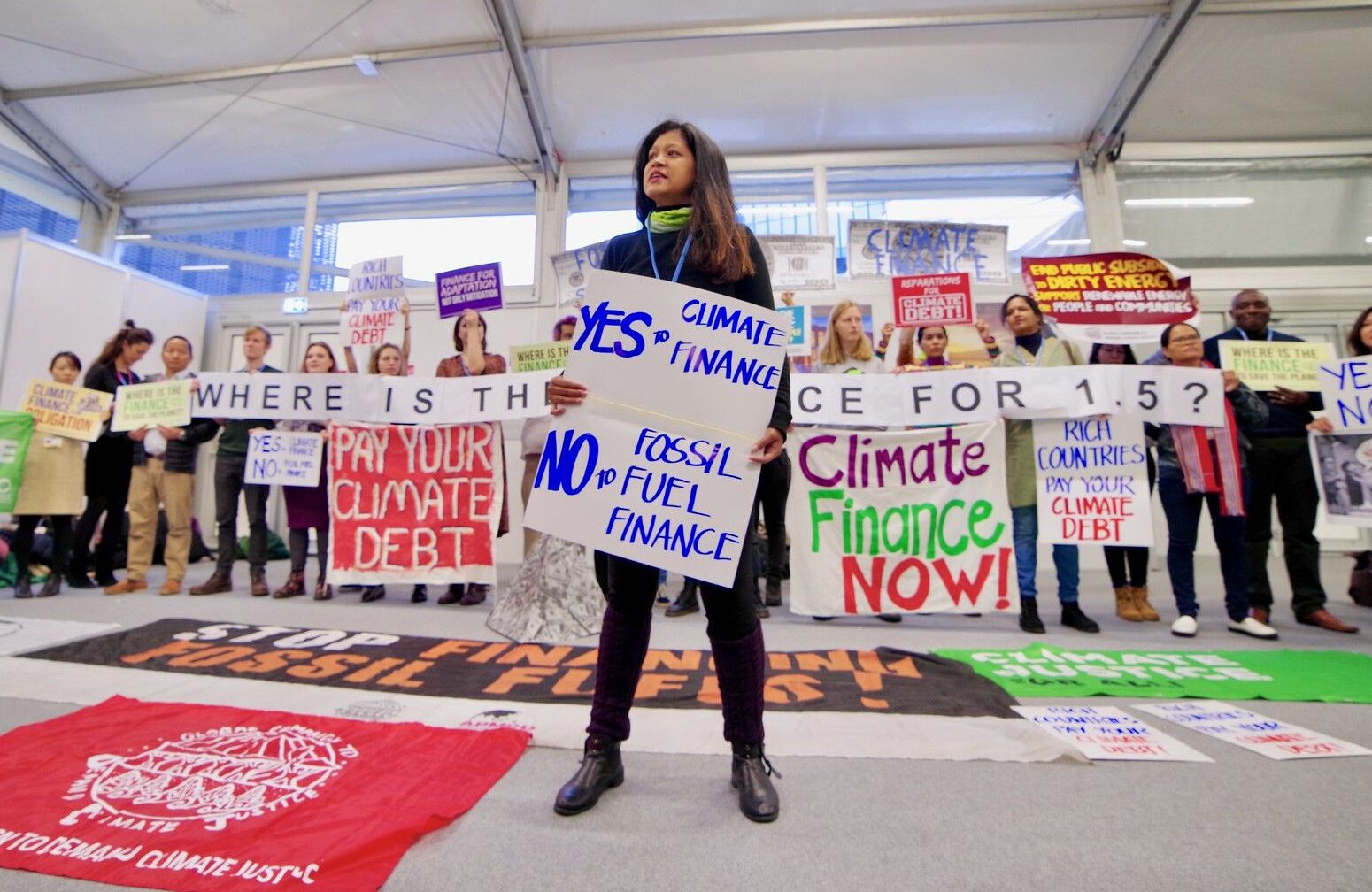 What is COP and why does it matter?

COP is an abbreviation of ‘Conference of the Parties’ to the United Nations Framework Convention on Climate Change (UNFCCC) –  also known as the UN climate conference, climate talks, climate summit or climate negotiations!  The 2021 Glasgow summit will be the 26th meeting, COP26.

The annual climate conference is the main forum for negotiations on global efforts to tackle the climate crisis. It is also a space where the reality of global geo-politics and global inequality is laid bare. In fact, climate justice activists have described these talks as “negotiating who lives and dies.”

What are the major issues at the UN climate summit?

Most of the issues arising at the UN climate summit centre around questions of equity, historic responsibility and capability to act – questions that are at the heart of climate justice.

Long term tensions between ‘developed’ and ‘developing’ country parties to the United Nations Framework Convention on Climate Change focus on these questions. Climate justice is key to unlocking the global co-operation that is essential to achieving the Paris Agreement target of limiting global temperature increase to 1.5oC.

International civil society organisations have come together as the Civil Society Review to publish a series of reports assessing global climate action under the Paris Agreement through a ‘Fair Shares’ lens.

The ‘Fair Shares’ analysis is rooted in the science of remaining carbon budgets and the principles of equity under the UNFCCC. It shows that rich historical polluters are not doing anywhere near their Fair Share of climate action, in terms of emissions reductions and climate finance, while many global south countries are committed to undertaking their Fair Share – or more – of action.

For example, the 2015 Civil Society Equity Review found that Russia’s pledge was a zero contribution of its fair share, Japan’s was a 10th, the USA’s was a fifth and the EU’s was just over one fifth of its fair share; meanwhile China, India, Indonesia, Kenya and the Marshall Islands’ pledges all meet or exceed their fair share.

The Paris Agreement is a global treaty under the UNFCCC adopted in 2015. It aims to keep the global average temperature increase well below 2°C warming compared to pre-industrial levels and pursue efforts to keep it to 1.5°C.

We are already experiencing devastating impacts at only 1°C warming. A 2018 special report by the Intergovernmental Panel on Climate Change has made it clear that increases of more than 1.5°C would be absolutely catastrophic.

Yet countries’ pledges to reduce their emissions under the Paris Agreement currently fall far short of the 1.5°C or even the 2°C target. The Glasgow summit will be an important opportunity to put pressure on big and historical polluters, including the UK, EU and US, to do their fair share and increase their climate targets. 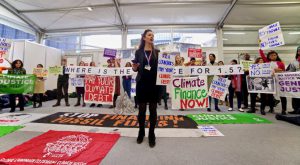 A decade ago, at the Copenhagen climate talks (COP15), rich countries pledged to pay $100 billion a year in climate finance to global South countries (usually referred to as developing countries in the talks) by 2020.

That figure does not represent anything like the true carbon debt that rich countries owe for bringing the climate to the verge of breakdown, yet only a fraction of that finance is now on the table. This money is essential to enable developing countries to adapt to the impacts of climate change and mitigate their own emissions while also developing their economies to bring their people out of poverty in a way that doesn’t harm the environment.

We support global South countries demand that the global North delivers on its climate finance obligations. Rich countries owe a climate debt – they must pay up.

The concept of Loss and Damage aims to address what happens when it is no longer possible to adapt to the impacts of climate change, including the loss of lands, livelihoods and associated cultures. This is a reality that horrifyingly many nations and communities, particularly in the global South are already facing.

Global South countries are understandably demanding compensation for their losses. Rich historical polluters, who have done most to cause the climate crisis like the US and the EU, have been resistant to demands for Loss and Damage payments.

The key issue up for negotiation at COP26 is rules for carbon markets. The rules were supposed to be agreed 3 years ago in Katowice, and again in Madrid, but negotiations broke down, meaning that the issue is now pushed to Glasgow.

Carbon markets allow polluters to continue emitting greenhouse gases, for a price, either through trading or offsetting. There is no evidence that existing carbon market mechanisms have reduced emissions.

Even if theoretically they could, with the carbon budget for keeping temperatures below 1.5°C running out in an estimated 5-7 years time, there is no time left to trade or offset emissions – all polluters have to reduce their emissions to zero as quickly as possible.

Carbon markets strengthen the power of big, unaccountable corporations, and the dodgy offsetting schemes they rely on are linked to human rights abuses and environmental harm. For these reasons we are opposed to carbon markets, as a dangerous distraction to real climate solutions.

There will be huge pressure on COP26 agree rules on carbon markets, therefore a real danger of bad rules getting through.

We spoke to campaigners at the 2019 UN climate talks in Madrid to explain some of the key issues. This webinar also gives an introduction to what a COP is, and what we can expect when it comes to Glasgow.

Learn more about the UN climate talks, key issues to be discussed and how to get involved at our COP26 information homepage