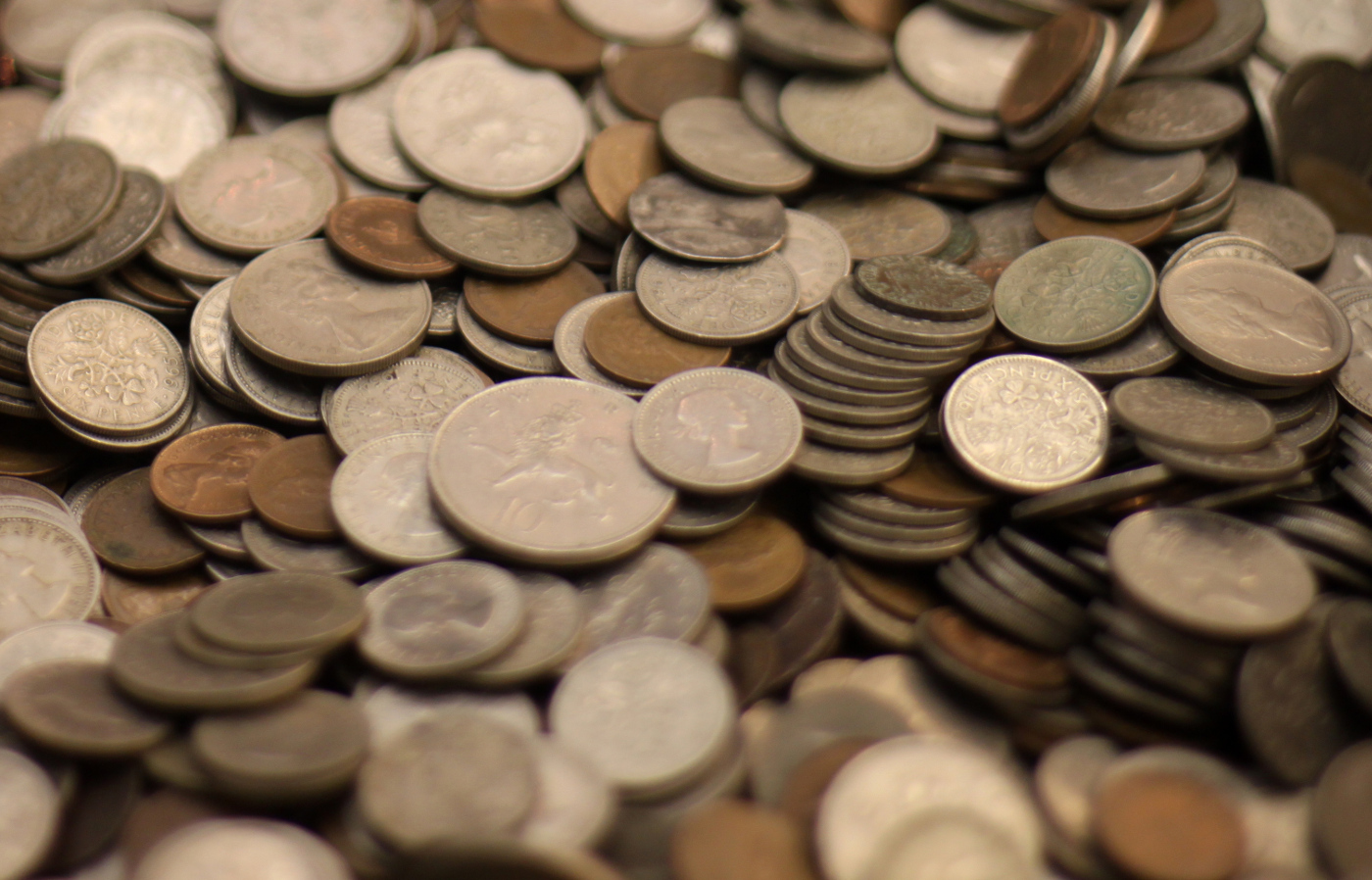 We need a powerful, public, green and ethical bank that invests for the common good.

Home > What we do > Scottish National Investment Bank

In 2016 we proposed a new, publicly-owned and democratic approach to banking reform, including the establishment of a Scottish National Investment Bank (SNIB) and in 2017 the Scottish Government announced they would create such a Bank.

Organisations including UNISON, RSPB Scotland, SCIAF, Common Weal and Engender say that this Bank could make Scotland fairer and greener and thousands of our supporters have contacted the Scottish Government demanding the Bank finance the just transition and focus on the climate emergency.

In response the Scottish Government have stated that tackling climate change would be a “primary mission” and the Bank’s founding legislation now states that a just transition to a zero carbon economy is a key objective for Bank. The legislation has also been amended to promote equality and make social and environmental outcomes more prominent.

Find out what changes we won in the Bank’s founding legislation.

We believe that if given the right mandate and leadership this new Bank could make the critical difference in funding a just transition to a low-carbon economy in Scotland, but as its first year in operation 2020 will be a key test.

Campaigner Ric Lander sets out why we need the Government to get involved in banking, if Government’s plans match their hype, and what can we do as citizens to ensure this new bank creates a fossil free Scotland. Watch in full here.

Professor Mariana Mazzucato is a leading thinker on public investment and sits on the Scottish Government’s Council of Economic Advisors. She spoke about the Scottish National Investment Bank at our event ‘Building the Future’ in 2017.

Watch the event in full including a Q&A with Adair Turner at this link.

Friends of the Earth Scotland has been advocating for a Scottish National Investment Bank for some years. Here’s our recommend reading:

Friends of the Earth Scotland’s comprehensive analysis of the Scottish National Investment Bank can be found in our Committee Evidence.

Banking for the Common Good report by Gemma Bone, published by Friends of the Earth Scotland, New Economics Foundation and Common Weal in 2016, asseses the banking crisis nearly a decade on and proposes a new local and national public banking architecture for Scotland, founded on a national investment bank.

Public Investment Banks: Towards a Better Model report published by the European Network on Debt and Development in 2017, reviews best (and worst) practice internationally for public investment banks

Explainer: What exacty is a Scottish National Investment Bank and what will it do? Article by Sean Bell on Common Space, read here. 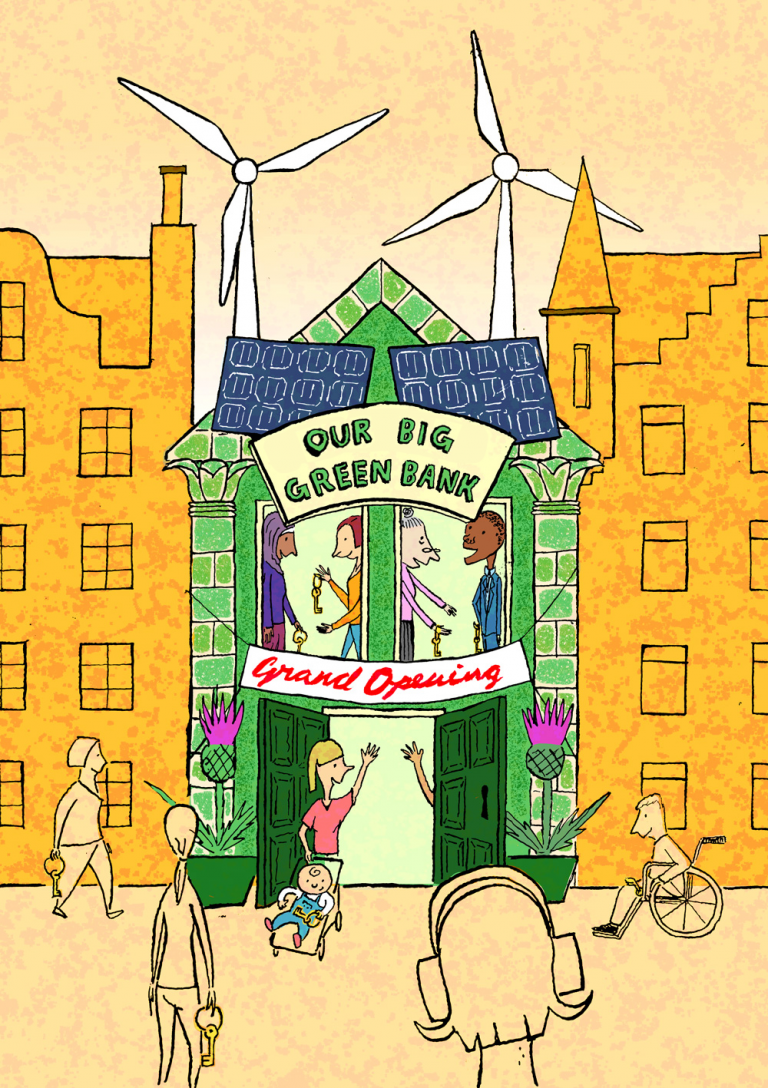 Our vision for a green and ethical bank

Friends of the Earth Scotland believes the Scottish National Investment Bank must:

This is a vision for a powerful, public, green and ethical bank that invests for the common good of all. We strongly believe such a Bank is within reach, but it will not come about without effort. 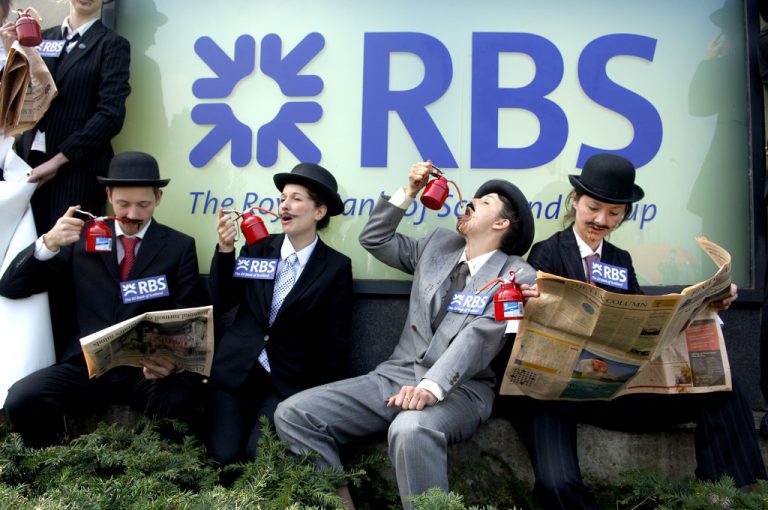 Our work on banking reform

Friends of the Earth Scotland has been campaigning for reform of Scottish finance for over 10 years. Find our more about our research, creative campaigning and the changes our work has made:

Making an impact for better banking.