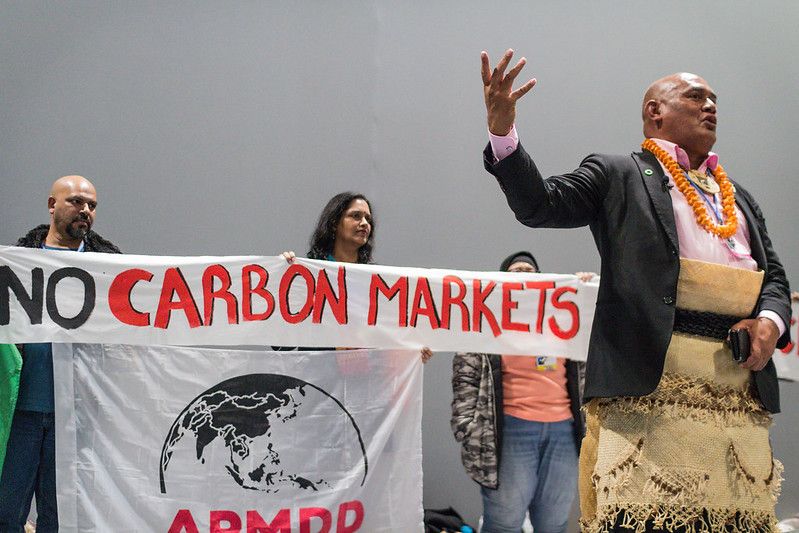 One of the biggest issues up for discussion at the COP26 climate conference is the operation of carbon markets under the 2015 Paris Agreement. But the best result would be a failure to agree. Again.

The theory of carbon markets is that the people, businesses or countries who are most easily able to reduce emissions do so and those who would find it harder buy credit for the emissions reduction to cover their own targets. In a perfect world, with a perfect system, the world gets the emissions reductions it needs in the most economically efficient fashion. In the real world the experience has been quite different.

The first large carbon market was the European Union’s Emissions Trading Scheme, set up in 2005. This scheme covers more than 10,000 factories, power stations and large emitters, encompassing 40% of all climate emissions in 31 countries. It should be a powerful tool to drive down emissions yet for its first decade it made almost no difference at all, with a report suggesting it reduced emissions by less than 4% between 2008 and 2016.

A big reason it has achieved so little is because politics and vested interests conspired to make sure nothing very much actually changed. Whether it was politicians’ fears of upsetting big business or the huge amount of credits given to Eastern European countries for factories that were already closed, the actual price of buying a carbon credit was so low that no business saw the need to actually change their high-carbon plans.

The European Union has ambitious ideas for how the scheme will reduce emissions across Europe in the coming decades and these plans might even be realised. But we have had a more than a decade of almost nothing first.

Even worse is the Clean Development Mechanism set up under the Kyoto Protocol in 1997. This allows rich countries to fund projects in poor countries which supposedly reduce emissions. Again something which appears perfectly sensible to economists but which, in reality, is a new form of colonialism.

In the worst cases local people have been cleared off their land to ‘protect’ forests, and coal-fired power stations are selling credits because they were built to run a little bit more efficiently than would otherwise have been the case (maybe).

The Paris Agreement allows for new carbon markets to be set up but the rules for this could not be agreed at the COPs in 2018 or 2019 and are perhaps the biggest thing the UK Government hopes to get agreed in Glasgow. Already countries are trying to make sure any scheme is bound to fail with some arguing that they should get to use credits left over from previous ineffective schemes and Brazil outrageously arguing for double counting, where it can claim any carbon savings against its own national targets AND sell the same savings in the international carbon market.

Carbon markets take years to make any difference, suffer from fraud and corruption, prolong the hold of rich countries over poorer countries and can be disastrous for local communities. We’re hoping for another failure because the longer there is no agreement, the more countries will have to plan to actually reduce their real emissions.

Dr Richard Dixon is Director of Friends of the Earth Scotland. A version of this article appeared in The Scotsman.