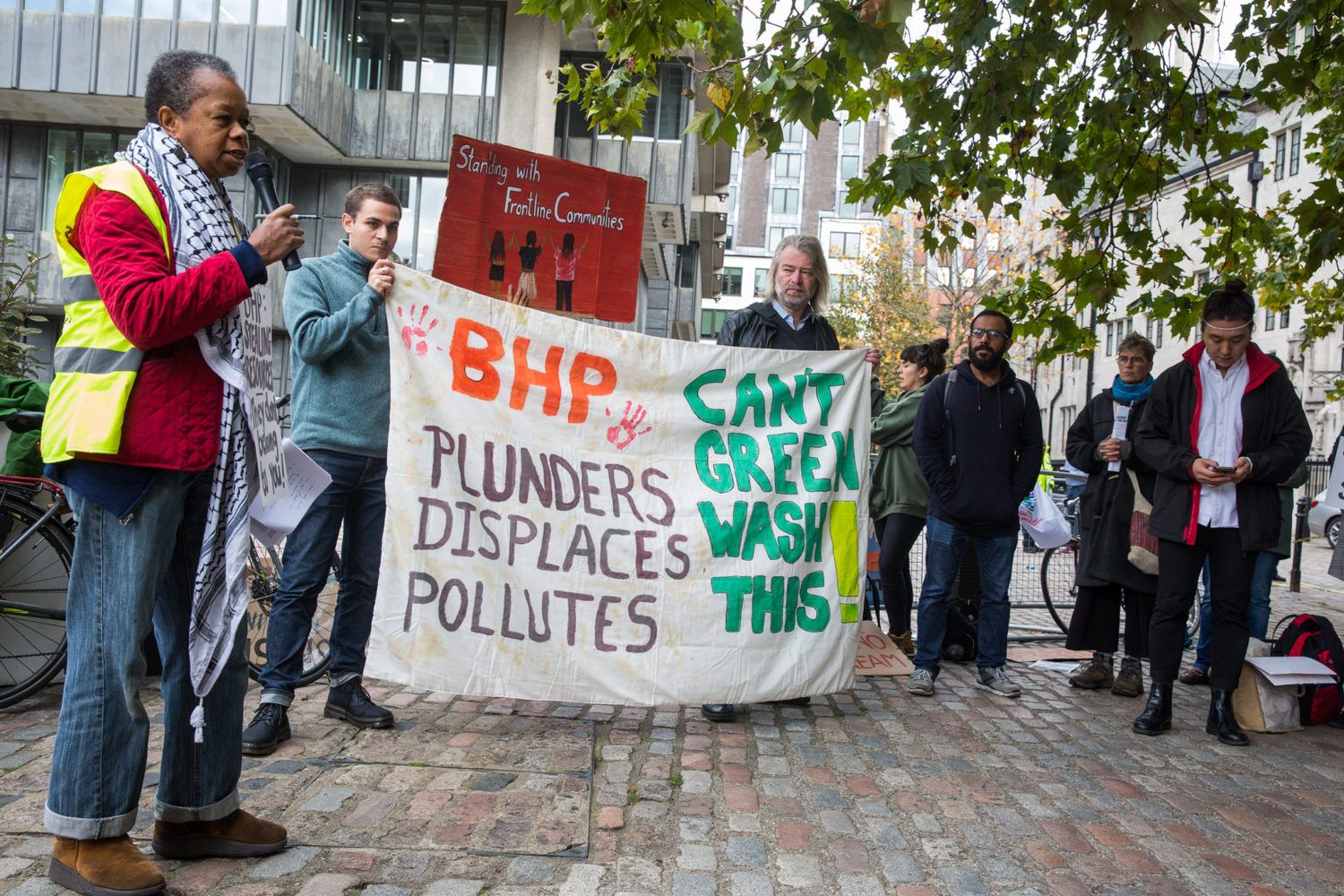 Last week we hosted a visit to Glasgow by Lucio Cuenca from Chile. He is the Director of the Observatory for Environmental Conflicts in Latin America and the coordinator of the organising committee for the People’s Summit in Chile, planned as a parallel event to this year’s UN Climate Conference.

He was in the UK to ask questions at the AGM of mining company BHP Billiton and he came to Scotland to talk about this and about the Chilean experience of organising civil society around the UN Climate Conference, just as we are beginning to do ahead of next year’s conference in Glasgow.

While he was here he met Glasgow Councillors, spoke to youth activists, held a meeting with the environment, development and social groups who are gearing up for the 2020 climate conference coming to Scotland, and gave an evening lecture on BHP and more generally on the impacts of mining companies in Chile.

BHP are trying to position themselves as a leader in the transition to a zero carbon world because they produce the minerals needed to boost renewable energy and make electric car batteries and motors. The Chief Executive has said the company is “the locomotive of the green future.”

This despite the fact that BHP was the only mining company in a recent Guardian Top 20 carbon polluting companies. BHP mines copper in Chile and coal in Australia and Colombia, including a one third share in the controversial Cerrejón coal mine, the largest in Latin America.

Around the AGM, Lucio joined visitors representing communities in Brazil, Colombia and Chile meeting with BHP’s investors. Their massive copper mining operation in Chile uses a huge amount of water, in a country which has been suffering a ‘mega-drought’ for a decade. Chile also has the world’s largest reserves of lithium by a considerable margin – essential for the current types of batteries powering everything from your mobile phone to electric buses. Another company’s lithium mining is in the Atacama salt flats and is further depleting water resources in an area already badly short of water, with effects on local communities and protected lagoons.

Lucio Cuenca’s view is that mining in Chile cannot expand without violating human rights. Continued extraction is in part being driven by pension funds that invest in BHP and other mining companies, including £17.5m in BHP from the Scottish Parliament and Scottish Local Government pension funds.

Understanding the human and environmental cost of mining means we need to get much better at reducing our need for metals and at recovering and recycling those metals. Recycling copper saves about 85% of the energy of mining and refining new copper, yet only a third of copper used in new products today comes from recycling copper scrap. Only about half of lithium-ion batteries are currently recycled.

We do need to expand renewable energy very rapidly, but we need to reduce the need for energy rapidly too by making buildings and industrial processes much more efficient. We do need electric vehicles but if we just replace every single car on the road with an electric one we will have missed the opportunity to transform our towns and cities into human-centred spaces that are safe, healthy and pleasant to be in.

The transition to a zero carbon society is vitally important and we need to make very rapid progress but that transition needs to be a just one, both at home and abroad.

Dr Richard Dixon is Director of Friends of the Earth Scotland. A version of this article appeared in The Scotsman on Tuesday 29 October 2019.

Read more about Lucio’s visit including the links between the unrest in Chile and Scottish pension fund investments.